I still remember the debates around treating sarcomatoid renal cell carcinoma (RCC) a decade ago when I started in practice. There were not many studies to cite – one that often came up was Naomi Haas’s trial of doxorubicin with gemcitabine (ECOG 8802). The study showed progression-free survival (PFS) of 3.5 months and overall survival (OS) of 8.8 months – sobering results, but at least an option we could pursue in the clinic. I only treated a handful of patients with this regimen, but it was certainly no walk in the park – massive fatigue, cytopenias and a range of other toxicities. 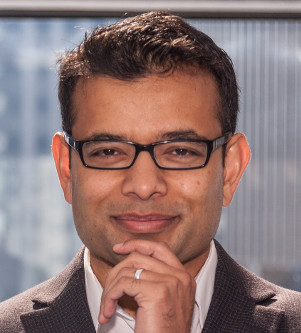 Sumanta (Monty) Kumar Pal, MD, is an internationally recognized leader in the area of genitourinary cancers, including kidney, bladder, and prostate cancer. He is the Co-director of City of Hope's Kidney Cancer Program and is the head of the kidney and bladder cancer disease. Dr. Pal sits on the Editorial Board for clinical genitourinary cancer and is a reviewer for multiple journals including The Journal of Clinical Oncology, The Journal of Urology, European Urology, and many others. 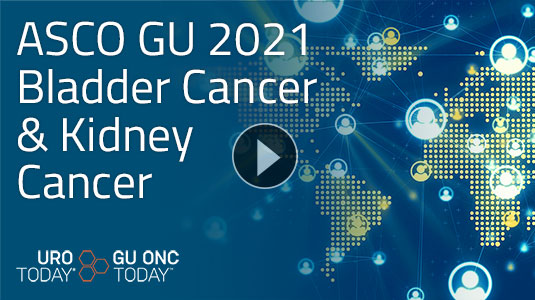 Efficacy by Duration or Number of Cycles of First-line Chemotherapy in the JAVELIN Bladder 100 Study - Petros Grivas
March 8, 2021 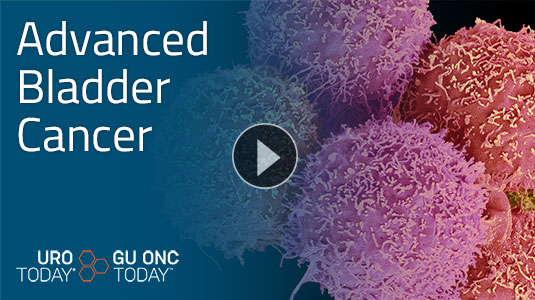 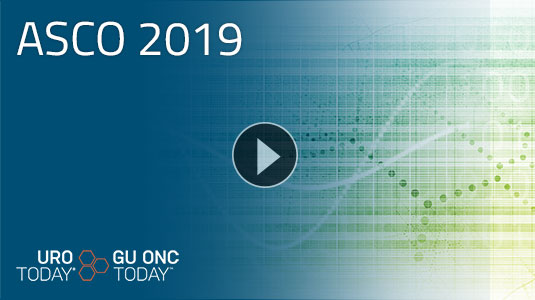 The Dynamic Landscape of mRCC and the PDIGREE Trial - Tian Zhang
June 7, 2019 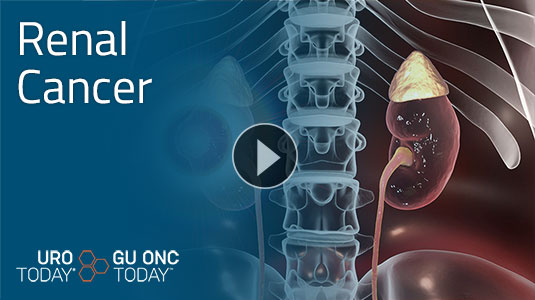 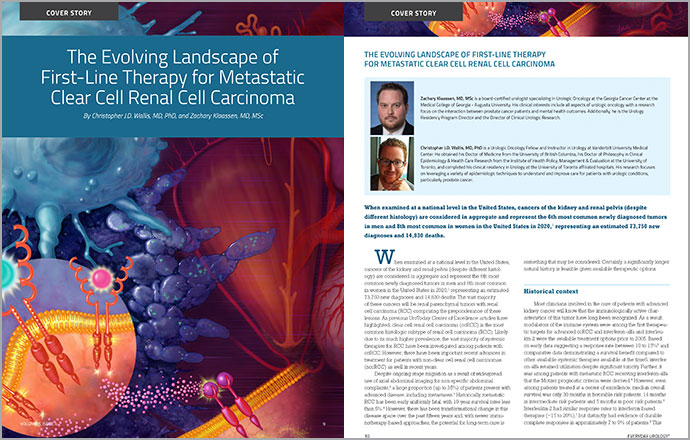 When examined at a national level in the United States, cancers of the kidney and renal pelvis (despite different histology) are considered in aggregate and represent the sixth most common newly diagnosed tumors in men and eighth most common in women in the United States in 2020,1 representing an estimated 73,750 new diagnoses and 14,830 deaths. The vast majority of these cancers will be renal parenchymal tumors with renal cell carcinoma (RCC) comprising the preponderance of these lesions. As previous UroToday Center of Excellence articles have highlighted, clear cell renal cell carcinoma (ccRCC) is the most common histologic subtype of renal cell carcinoma (RCC). Likely due to its much higher prevalence, the vast majority of systemic therapies for RCC have been investigated among patients with ccRCC. However, there have been important recent advances in treatment for patients with non-clear cell renal cell carcinomas (nccRCC) as well in recent years.


Despite ongoing stage migration as a result of widespread use of axial abdominal imaging for non-specific abdominal complaints,2 a large proportion (up to 35%) of patients present with advanced disease, including metastases.3 Historically, metastatic RCC has been early uniformly fatal, with 10-year survival rates less than 5%.4 However, there has been a transformational change in this disease space over the past fifteen years and, with newer immunotherapy-based approaches, the potential for long-term cure is something that may be considered. Certainly, a significantly longer natural history is feasible given available therapeutic options. 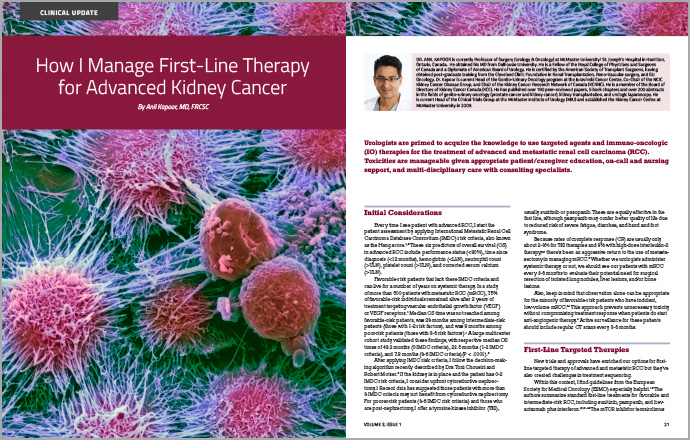 Urologists are primed to acquire the knowledge to use targeted agents and immuno-oncologic (IO) therapies for the treatment of advanced and metastatic renal cell carcinoma (RCC). Toxicities are manageable given appropriate patient/caregiver education, on-call, and nursing support, and multi-disciplinary care with consulting specialists. 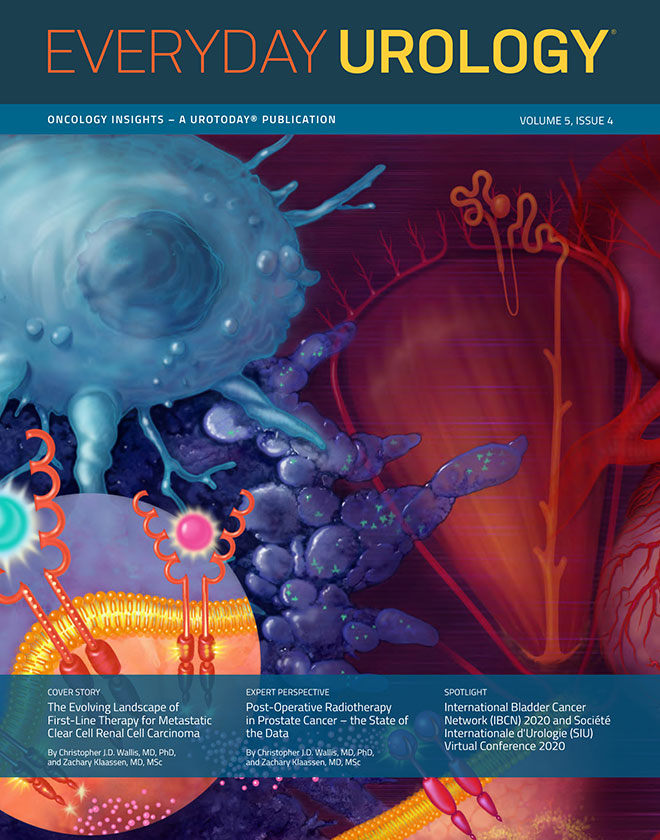 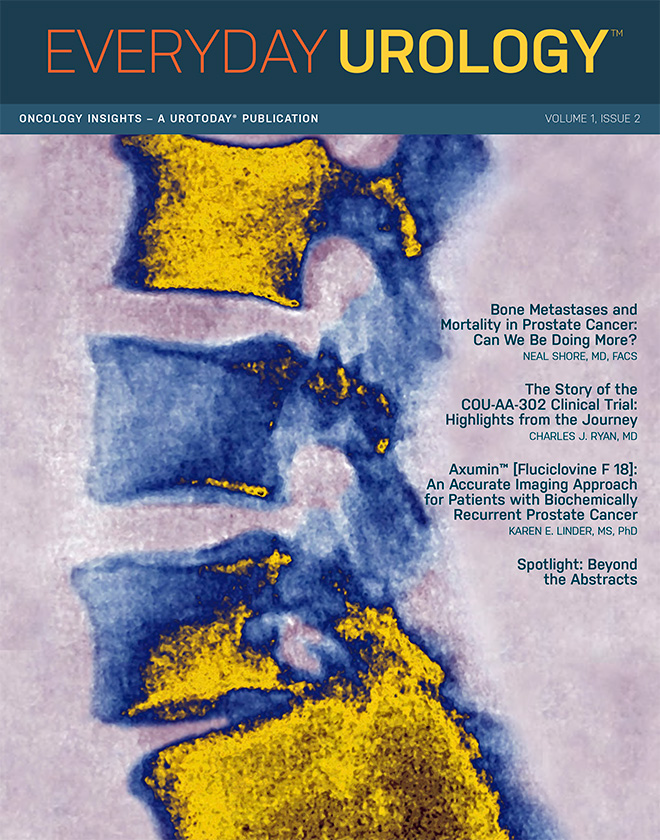 Library Resources
The State-of-the-Evidence in Brief Reviews by Experts
First Line Therapy of Metastatic Clear Cell RCC
Written by Jason Zhu, MD
January 29, 2019
Kidney cancer represents 5% of all new cancer diagnoses in the United States, with approximately 64,000 new cases and 14,970 deaths in 2018.1,2 The most common type of kidney cancer is renal cell carcinoma (RCC) and the most common histologic subtype of RCC is clear cell RCC, accounting for over 80% of cases.3 Read More
Systemic Therapy for Advanced Renal Cell Carcinoma
Written by Christopher J.D. Wallis, MD, PhD
January 21, 2019
As highlighted in prior articles on the Etiology and Epidemiology of Kidney Cancer, cancers of the kidney and renal pelvis comprise the 6th most common newly diagnosed tumors in men and 10th most common in women1 and account for an estimated 65,340 people new diagnoses and 14,970 cancer-related deaths in 2018 in the United States. Read More
Treatment of Metastatic Non-Clear Cell RCC
Written by Jason Zhu, MD
November 29, 2018
Kidney cancer is the 12th most common cancer in the world, with over 300,000 new cases annually, of which 65,340 new cases will be diagnosed in the United States in 2018.1 The incidence of renal cell carcinoma (RCC) varies substantially based on the country – rates of RCC are higher in Europe and North America and much lower in Asia and South America.2 Read More
Expert Commentary
The State-of-the-Evidence in Brief Reviews by Experts
Outcomes of Patients with Renal Carcinoma and Sarcomatoid Dedifferentiation Treated with Nephrectomy and Systemic Therapies: Comparison between the Cytokine and Targeted Therapy Eras: Expert Commentary 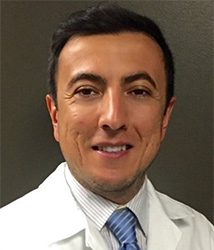 Written by Zhamshid Okhunov, MD
Department of Urology, University of California, Irvine Urology
Though nephrectomy is the gold standard treatment for renal cell carcinoma, 20%-40% of patients have a recurrence and 20-30% of patients present with metastatic disease1.
Read More
When Partial Nephrectomy Is Unsuccessful: Understanding the Reasons for Conversion From Robotic Partial to Radical Nephrectomy at a Tertiary Referral Center - Expert Commentary

Written by Zhamshid Okhunov, MD
Department of Urology, University of California, Irvine Urology
Laparoscopic renal surgery (LRS) has long been recognized for its improvements over open renal surgery for patient quality of life.
Read More
Conference Coverage
Conference Highlights from Recent Conference Coverage
ASCO GU 2021: TIVO-3: Tivozanib in Patients with Advanced Renal Cell Carcinoma Who Have Progressed After Treatment with Axitinib
Presented by Brian I. Rini, MD
The activity of tivozanib after axitinib has not been previously defined, and as such the activity of tivozanib after prior therapy types including axitinib is of clinical relevance. At the 2021 ASCO GU, Dr. Brian Rini and colleagues presented results of the TIVO-3 trial testing tivozanib in patients with advanced RCC who had progressed after prior axitinib treatment. Read More
ASCO GU 2021: Patient-Reported Outcomes Of Patients With Advanced Renal Cell Carcinoma Treated With First-Line Nivolumab Plus Cabozantinib Versus Sunitinib: The Checkmate 9ER Trial
Presented by David Cella, PhD
The treatment landscape for first-line therapy among patients with metastatic renal cell carcinoma (mRCC) has changed dramatically over the past 2 years. In 2018, publication of the CheckMate214 data demonstrated a survival benefit for patients treated with nivolumab and ipilimumab compared with sunitinib in intermediate and poor-risk mRCC, ushering in the immunotherapy era for mRCC. Read More
ASCO GU 2021: Final Results From a Phase I Trial and Expansion Cohorts of Cabozantinib and Nivolumab Alone or With Ipilimumab For Metastatic Genitourinary Tumors
Presented by Andrea B. Apolo, MD
Cabozantinib, nivolumab, and ipilimumab have been increasingly utilized for a number of genitourinary malignancies, most prominently in renal cell carcinoma. In a dose-escalation study, combinations of cabozantinib and nivolumab (CaboNivo) and cabozantinib, nivolumab, and ipilimumab (CaboNivoIpi) demonstrated promising efficacy and safety in a dose-escalation phase I study. Read More
ESMO 2019: Adjuvant Sorafenib for Renal Cell Carcinoma at Intermediate or High Risk of Relapse, Results from the SORCE Trial
Presented by Tim Q. Eisen, PhD, MB, BChir
Barcelona, Spain (UroToday.com) Four large, randomized Phase 3 clinical trials (S-TRAC, ASSURE, PROTECT, and ATLAS) evaluated adjuvant VEGF tyrosine kinase inhibitors in patients with resected renal cell carcinoma (RCC). Read More
EAU 2019: Post-Nephrectomy Adjuvant Therapy for Localized Renal Cell Carcinoma: CheckMate 914 Study of Nivolumab + Ipilimumab in Patients at High Risk of Relapse
Presented by Axel Bex, MD, PhD
Barcelona, Spain (UroToday.com) The current standard for advanced localized renal cell carcinoma (RCC) is nephrectomy. Unfortunately, for better or worse, the series of adjuvant therapy Read More
EAU 2019: The Challenging Landscape in Advanced Renal Cell Cancer Management
Presented by Marc-Oliver Grimm
Barcelona, Spain (UroToday.com) Dr. Marc-Oliver Grimm provided an overview of the many changes in the landscape for advanced renal cell carcinoma at the urogenital cancer treatment at a glance session. He started by highlight that the guidelines for advanced kidney cancer have been revamped recently Read More
ESMO 2018: Safety and Tolerability of Atezolizumab plus Bevacizumab vs Sunitinib in Untreated Metastatic Renal Cell Carcinoma: IMmotion 150 and IMmotion 151
Presented by Cristina Suarez, MD
Munich, Germany (UroToday.com) IMmotion 150 (Phase II) compared the efficacy of atezolizumab (atezo) plus bevacizumab (bev) with atezolizumab alone and sunitinib alone Read More