(UroToday.com) On Sunday, September 11, 2022, in the Mini Oral session of the European Society for Medical Oncology (ESMO) Annual Congress focusing on non-prostate genitourinary cancers, Dr. Porta provided an updated analysis of the CLEAR trial examining the role of the combination of lenvatinib and pembrolizumab, as compared to sunitinib, as first-line therapy in advanced renal cell carcinoma (aRCC). In the primary analysis, there was significantly improved progression-free survival and overall survival in patients treated with the combination approach.

While previously published, the CLEAR trial enrolled patients with aRCC who had not received any prior systemic therapy and randomized them in a 1:1:1 fashion to receive Lenvatinib 20 mg PO QD + pembrolizumab 200 mg IV Q3W; Lenvatinib 18 mg + everolimus 5 mg PO QD; or sunitinib 50 mg PO QD (4 weeks on/2 weeks off). Randomization was stratified by geographic region and MSKCC prognostic group.

This descriptive follow-up analysis with a data cut-off of March 31, 2021 examines efficacy outcomes including among patients who completed 2 years of pembrolizumab and then continued on Lenvatinib monotherapy. 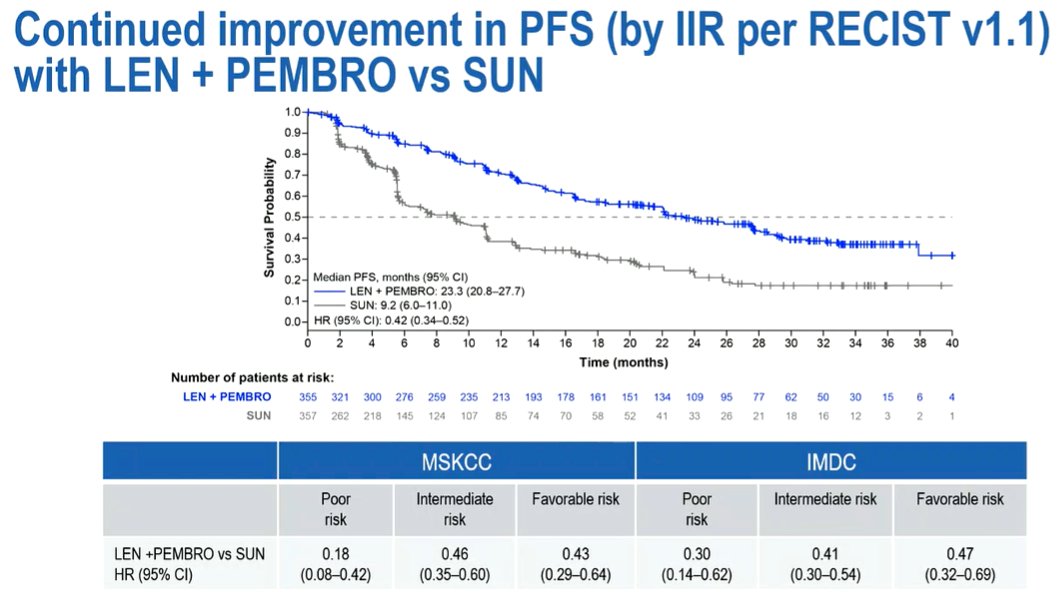 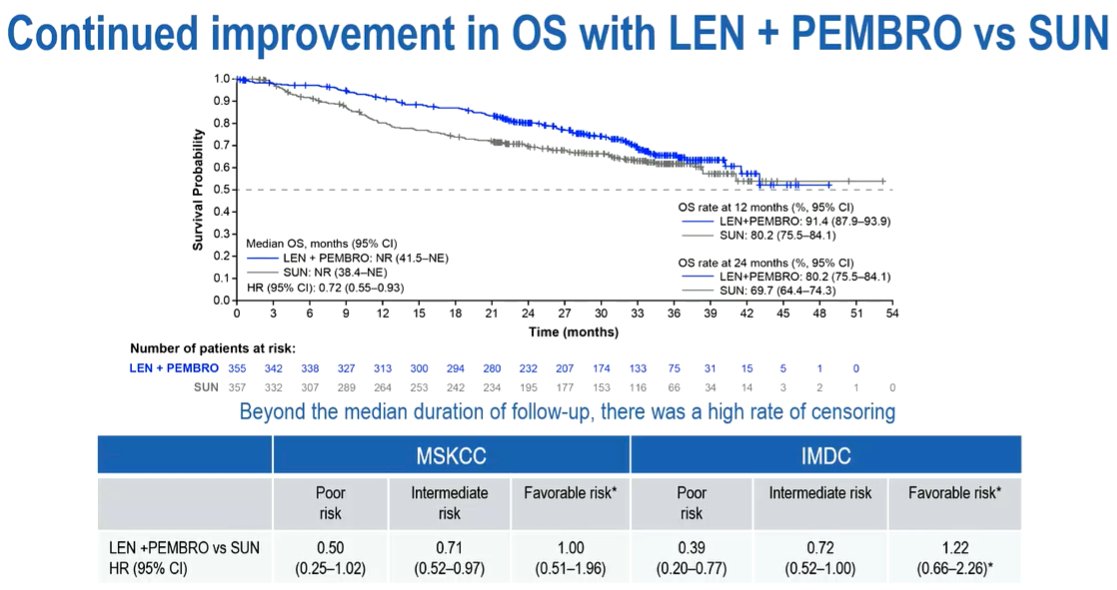 Notably, 69 (68.3%) of these patients had treatment-related treatment-emergent adverse events.

Thus, Dr. Porta concluded that, with longer durations of follow-up, the combination of Lenvatinib + pembrolizumab continued to show a clinically meaningful benefit compared to sunitinib, consistent with prior initial analyses of the CLEAR study.

Related Content:
ESMO 2022: Updated Results From the CLEAR Trial and the Final Results of TITAN-RCC Discussion