This study used data from The US Oncology Network of over 1,300 providers from over 480 sites across the United States from January 1, 2018 to December 31, 2020 (study period). The eligible study population included metastatic RCC patients who received:

in first-line setting until September 30, 2020. Descriptive statistics were used for cohort characterization. 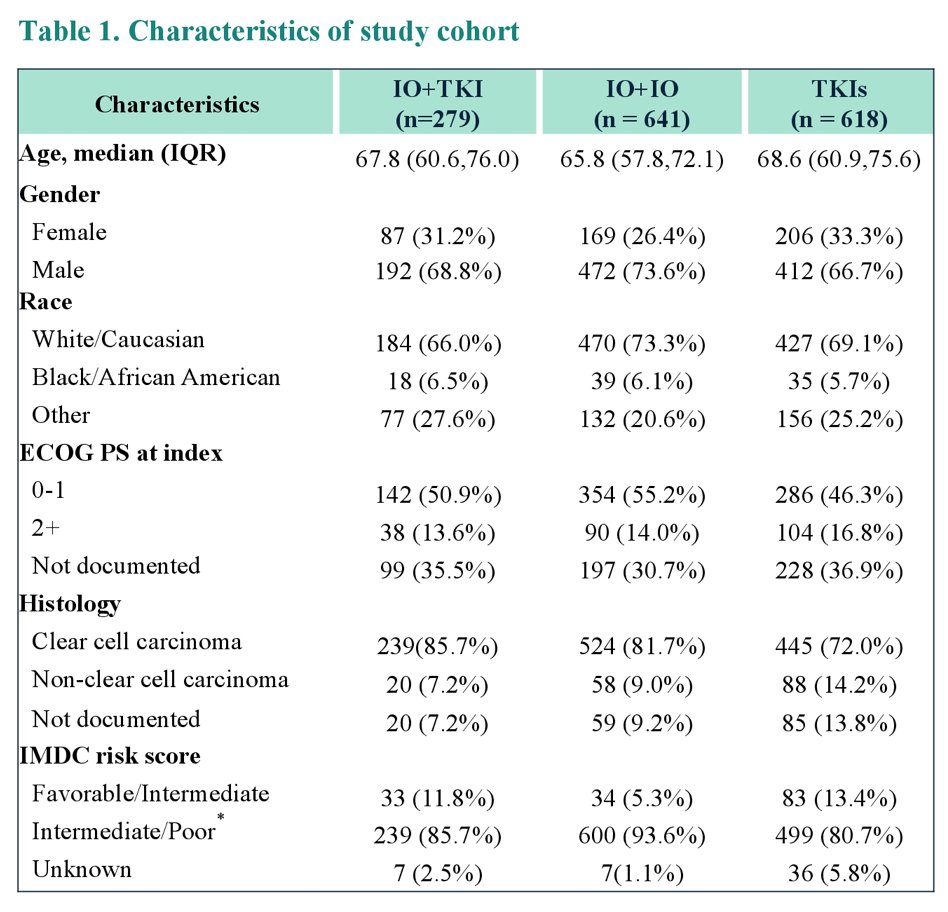 There was a notable trend towards increased utilization of IO+IO and IO+TKI following their respective FDA approvals (IO+IO: April 2018, IO+TKI: April 2019): 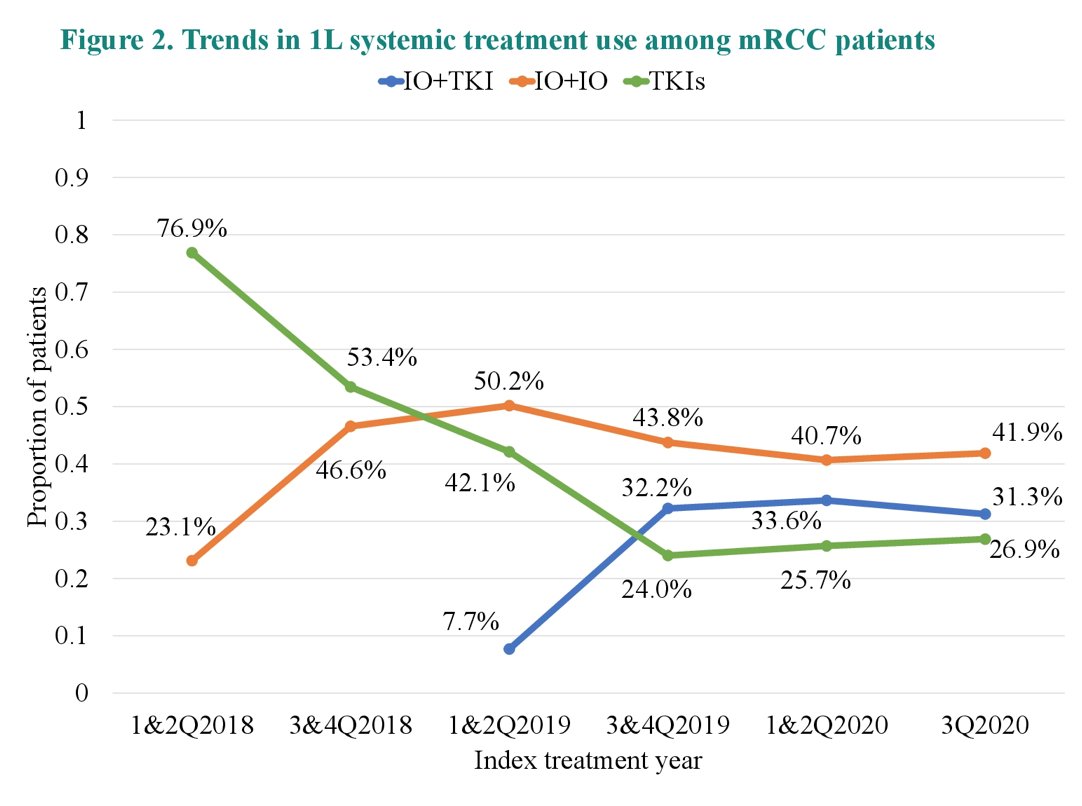 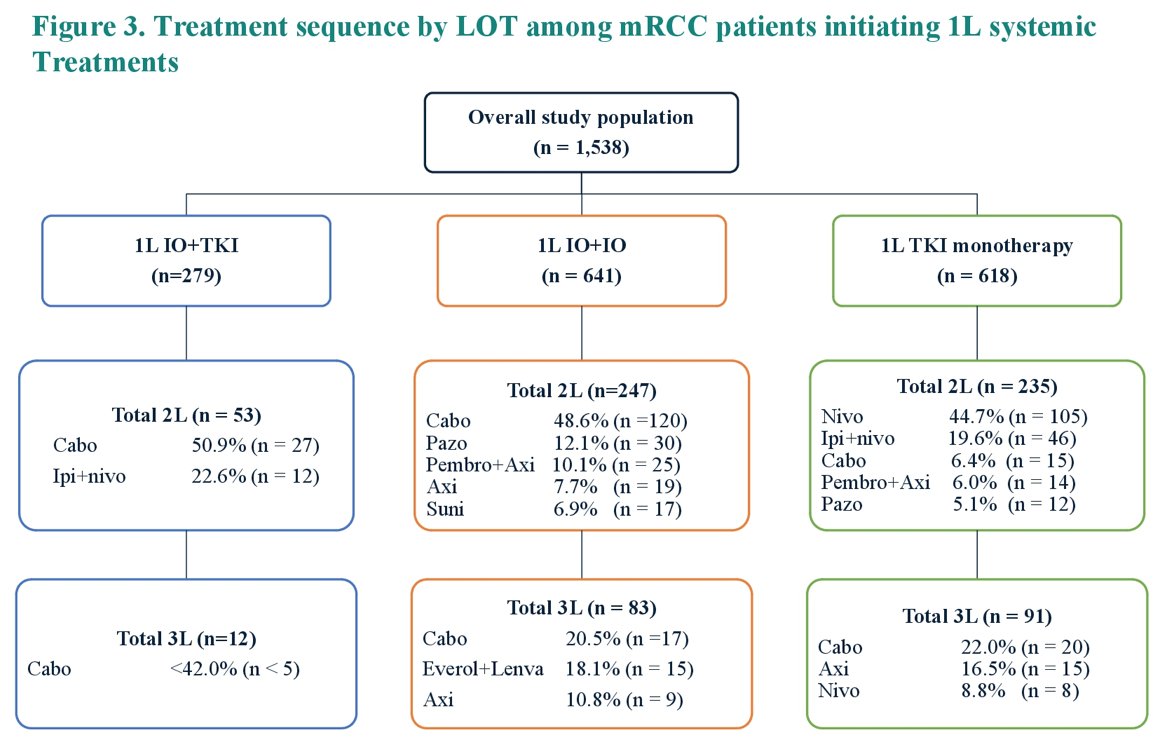 Dr. Shah concluded his presentation of real-world changing treatment patterns for patients with metastatic RCC in the first-line setting with the following take-home messages: