(UroToday.com) The 2022 American Urological Association (AUA) Annual Meeting included the Society of Urologic Oncology (SUO) session and a presentation by Dr. Daniel Shapiro discussing the role of cytoreductive nephrectomy in 2022. From a historical perspective, Dr. Shapiro notes that in a combined analysis of SWOG 8949 and EORTC 30947, the median overall survival for cytoreductive nephrectomy + IFN-alpha was 13 months and for IFN-alpha alone was 7.8 months (p = 0.001). Benefits of cytoreductive nephrectomy include improved survival, and can also be important for symptomatic/palliative reasons. Of note, among all of the systemic therapy trials for metastatic RCC, the majority of patients had a prior nephrectomy:

To further highlight that CARMENA selected poor risk patients, it is important to look at the median overall survival in the sunitinib arm. In CARMENA this was 18.4 months, whereas if we look at other prior phase III trials, this ranges from 26.4 to 40 months:

Dr. Shapiro emphasized that it is important to integrate cytoreductive nephrectomy with modern systemic therapy. Looking at the most recent updated follow-up from CheckMate 214, the median overall survival is 56 months for nivolumab + ipilimumab. Similarly, with extended follow-up of KEYNOTE-426, the median survival for pembrolizumab + axitinib is 46 months.

Ultimately, the selection of patients for cytoreductive nephrectomy is likely multifactorial, including tumor, patient, and health care system factors: 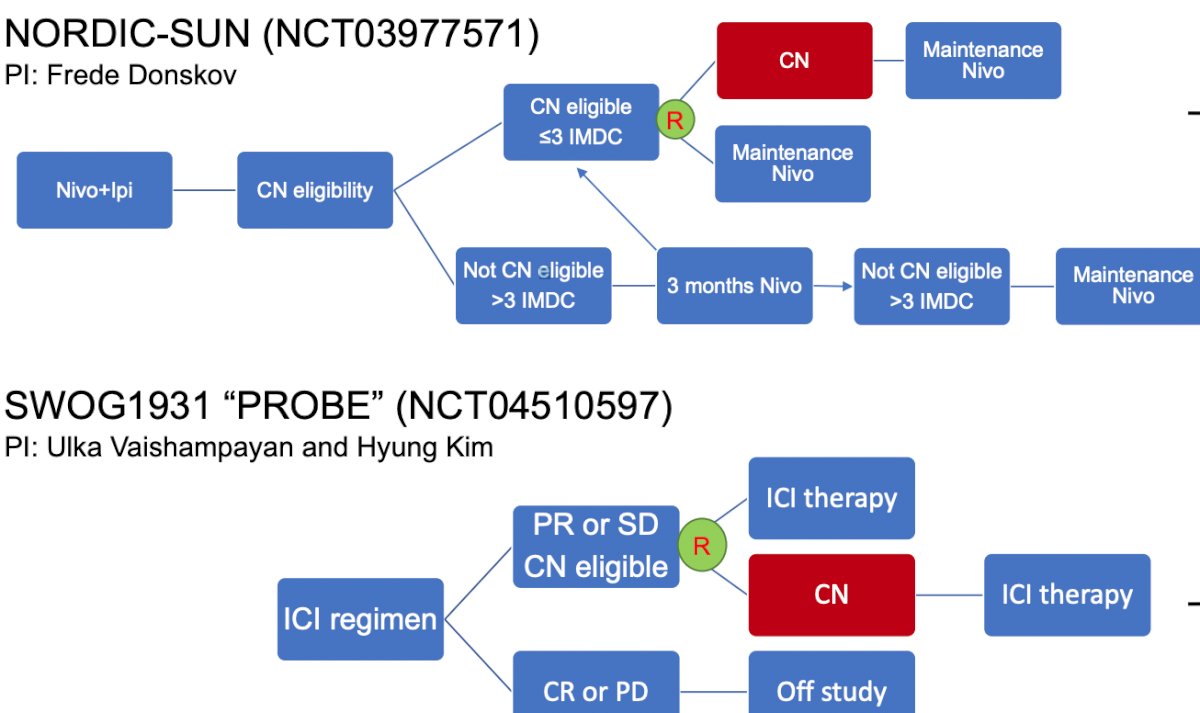 Dr. Shapiro concluded his presentation by discussing the role of cytoreductive nephrectomy in 2022 with the following future directions: