Published 13 February 2021
(UroToday.com) Cabozantinib, nivolumab, and ipilimumab have been increasingly utilized for a number of genitourinary malignancies, most prominently in renal cell carcinoma. In a dose-escalation study, combinations of cabozantinib and nivolumab (CaboNivo) and cabozantinib, nivolumab, and ipilimumab (CaboNivoIpi) demonstrated promising efficacy and safety in a dose-escalation phase I study. In a plenary abstract presentation in the Rapid Abstract Session: Urothelial Carcinoma and Rare Tumors session at the 2021 American Society of Clinical Oncology Genitourinary Cancers Symposium (ASCO GU), Dr. Apolo presented results from a pooled analysis of the phase I dose-finding and 7 subsequent expansion cohorts among patients with metastatic genitourinary (mGU) tumors.

The authors sought primarily to assess clinical activity, safety, and tolerability of both combinations. A secondary objective was the detection of EpCAM+ circulating tumor cells (CTCs) and biomarker correlatives.

The authors conclude that both CaboNivo and CaboNivoIpi demonstrated promising clinical activity and manageable safety in patients with a variety of advanced genitourinary malignancies. Based on these data, a number of phase II and III trials are ongoing. 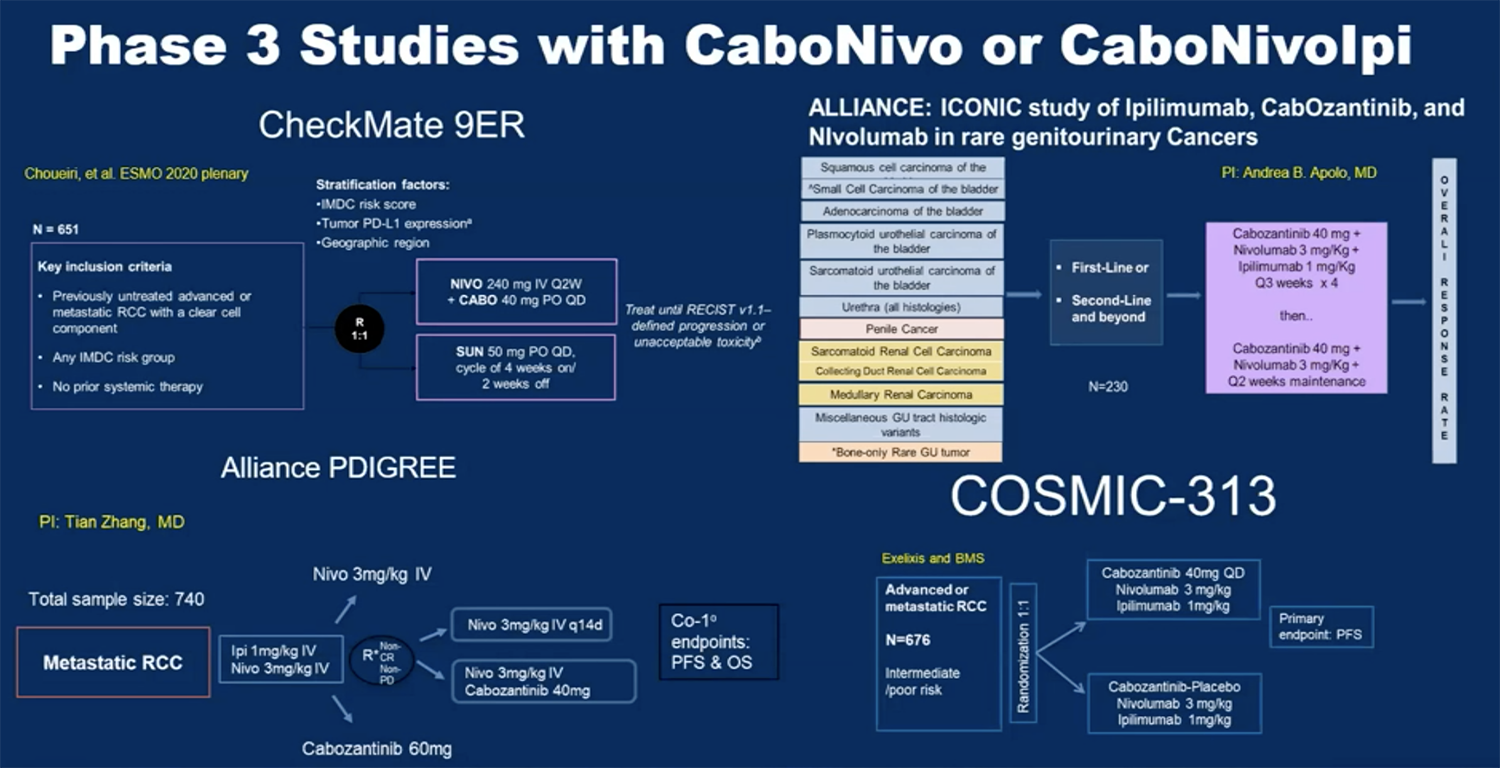