There has been a dramatic evolution in the care of patients with aRCC in the past few years – combination therapy with an immune checkpoint inhibitor backbone has become standard of care. Among the available treatment options, cabozatinib inhibits tyrosine kinases including MET, VEGFR, and TAM kinases (TYRO3, AXL, MER) and promotes an immune-permissive environment, which may enhance response to checkpoint inhibitors. In the CheckMate-9ER trial, the combination of cabozanitinb and nivolumab was found to improve survival compared to sunitib and, as such, became standard of care. Nivolumab may also be combined with ipilimiumab in this setting based on data from CheckMate 214. In COSMIC-313 (NCT03937219), the authors evaluated the triplet combination of cabozantinib, nivolumab and ipilimumab, compared to cabozantinib, nivolumab and ipilimumab, as first-line treatment in patients with intermediate or poor risk advanced renal cell carcinoma (aRCC). 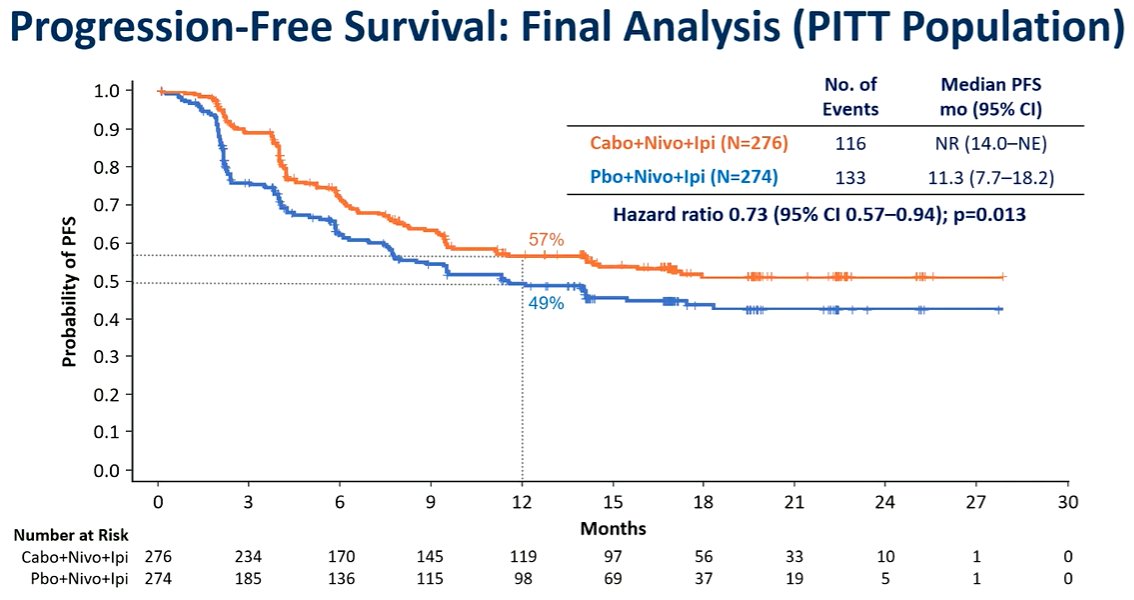 In subgroup analyses, Dr. Choueiri highlighted that this effect was consistent across subgroup defined by age, sex, geographic region, performance status, prior nephrectomy, presence of sarcomatoid histology, and tumor characteristics. Notably, those with intermediate risk disease appeared to benefit more than those with poor risk disease per IMDC. 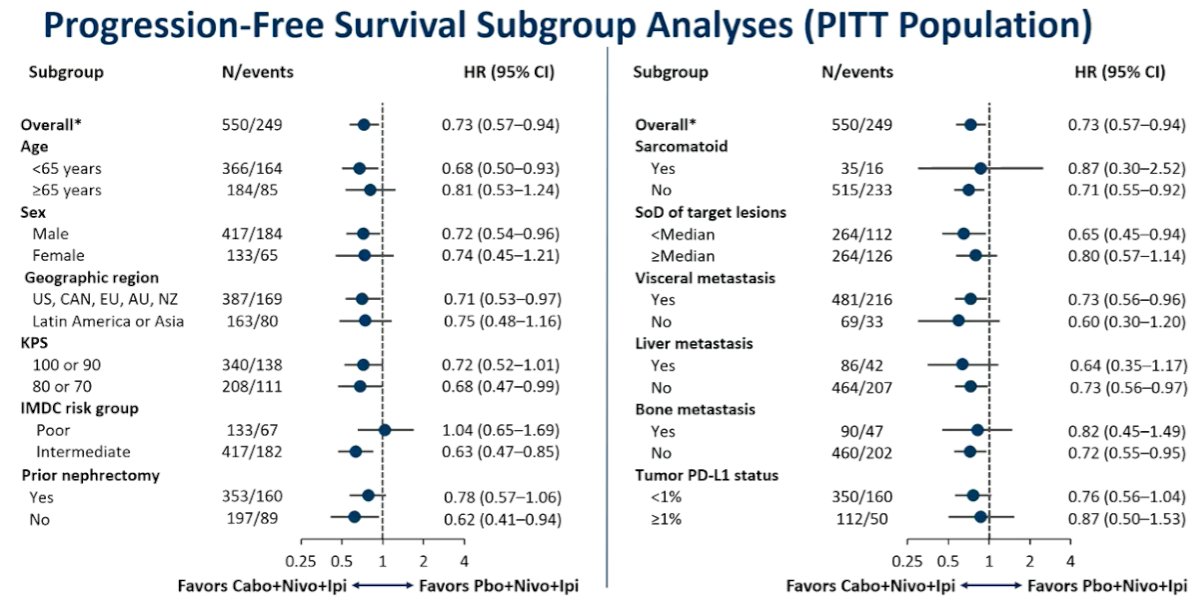 He then presented some data assessing the benefit of triplet intensification according to IMDC risk group. As highlighted in the figures below, there appears to be a greater benefit for the addition of cabozantinib in the intermediate risk group.