This website uses cookies to ensure you get the best experience on our website. Privacy Policy
Las Vegas, Nevada (UroToday.com) Dr. Phillip Koo gave a talk on the role that Radium-223 currently has in the management of metastatic prostate cancer. There is data showing that the mortality increases as the disease progresses from metastases in the lymph node to bone to visceral tissue. Bone and visceral metastases have shown the worst prognosis (Figure 1). These data show that metastatic location has significant prognostic implications.1 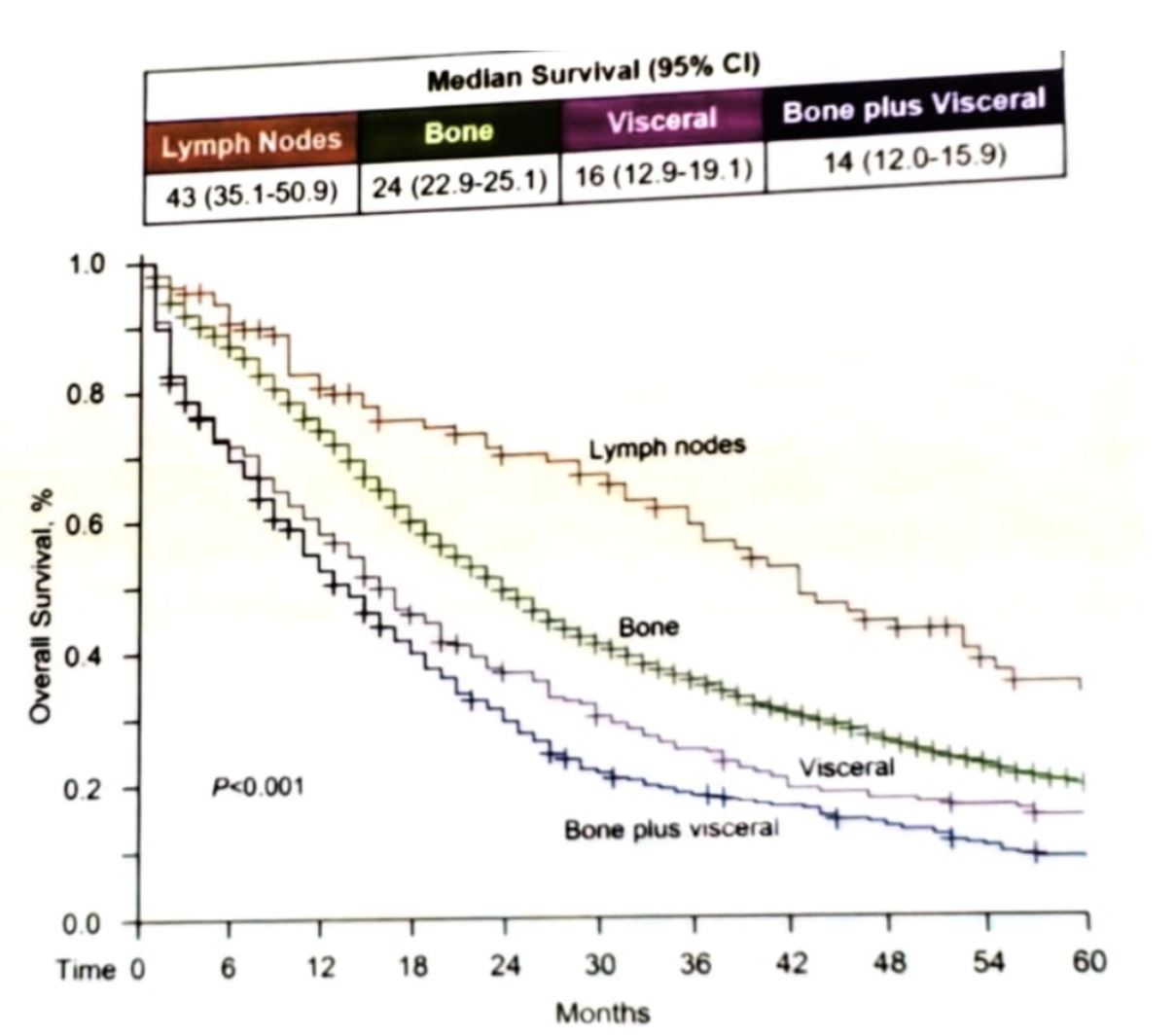 Figure 2 – The impact of bone metastases:

Radium-223 dichloride (radium-223) is a targeted alpha therapy and is incorporated into the newly formed bone in areas of osteoblast activity and increased bone turnover surrounding prostate cancer bone metastases.2,3 Radium-223 emits high energy alpha particles over a short-range. This results in a localized potent antitumor effect and also leads to inhibition of tumor-induced osteoblastic activity.4 Radium-223 is recommended for the treatment of patients with metastatic castrate-resistant prostate cancer (mCRPC) with symptomatic bone metastases.5 In the landmark trial showing the overall survival benefit of radium-223, the phase 3 ALSYMPCA study,6 mCRPC patients with symptomatic bone metastases assigned to radium-223 with best standard of care showed prolonged overall survival (median 14.0 vs 11.2 months, HR 0.70; 95% CI, 0.58–0.83; p < 0.001, as shown in Figure 3) and delayed time to first symptomatic skeletal event (SSE) compared with those assigned to placebo-treated with best standard of care6 (Figure 4). Radium-223 was generally well-tolerated and improvements in patient quality of life with this therapy were noted when compared with patients treated in the placebo arm.6

Figure 3 – Overall survival comparison between radium-223 and placebo in the ALSYMPCA trial: 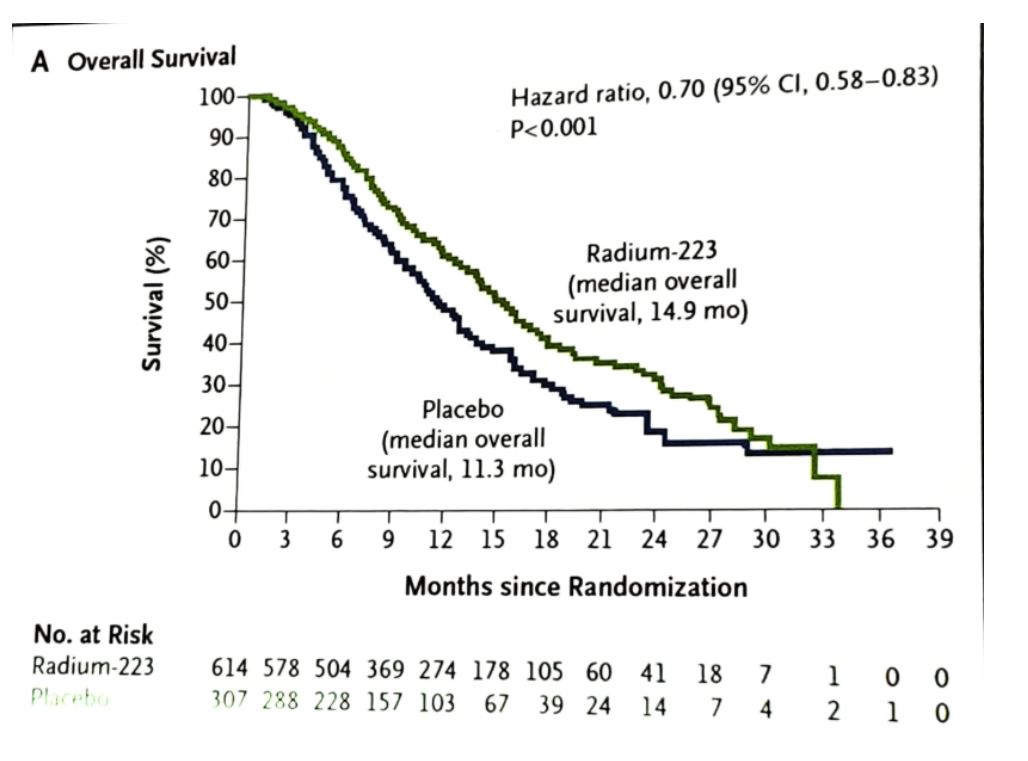 Figure 4 – Symptomatic skeletal-related event comparison between radium-223 and placebo in the ASLSYMPCA trial: 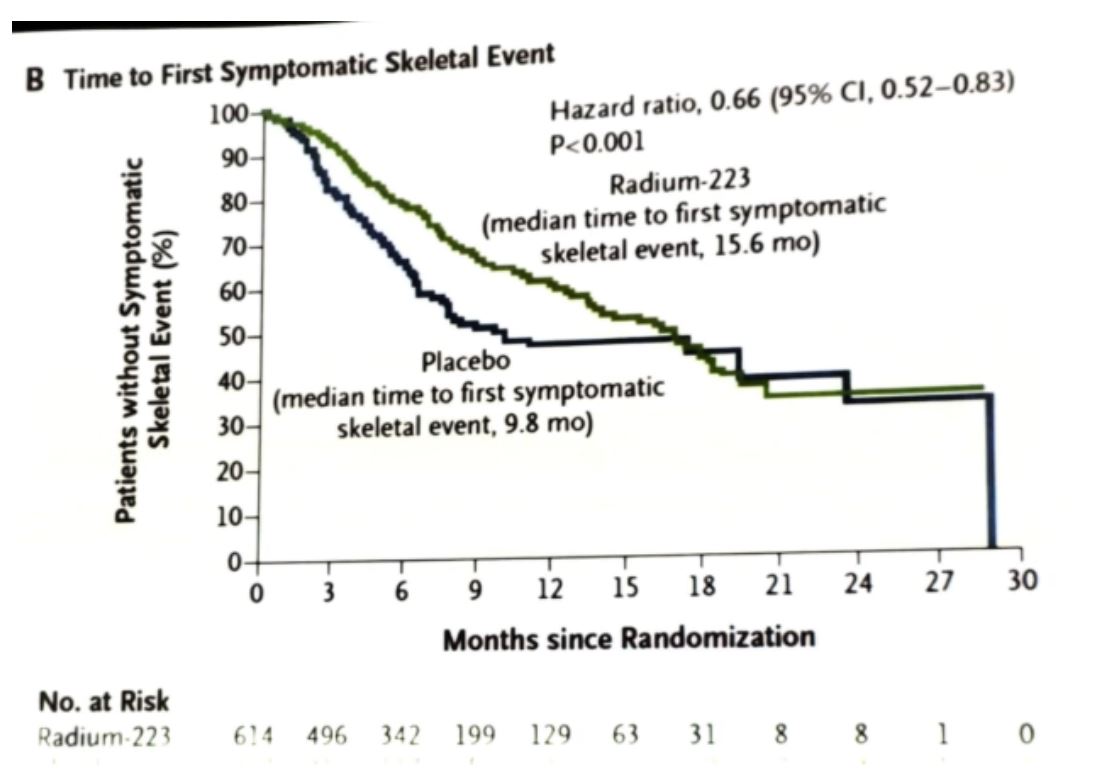 Bone metastases are associated with multiple symptoms (Figure 5). Following treatment with radium-223, 42% of patients reported improved pain, 18% reported no change, 28% reported worsening pain, and 10% reported improvement and worsening. It has been shown that patients with less prior therapy completed more radium-223 cycles. Moreover, clinical parameters which reflect earlier disease stage were associated with radium-223 therapy completion. The total number of received Radium-223 cycles is correlated with overall survival and progression-free survival. Higher mortality was seen in patients who received less than 5 cycles compared to those who received more than 5 cycles (51% vs. 30%). 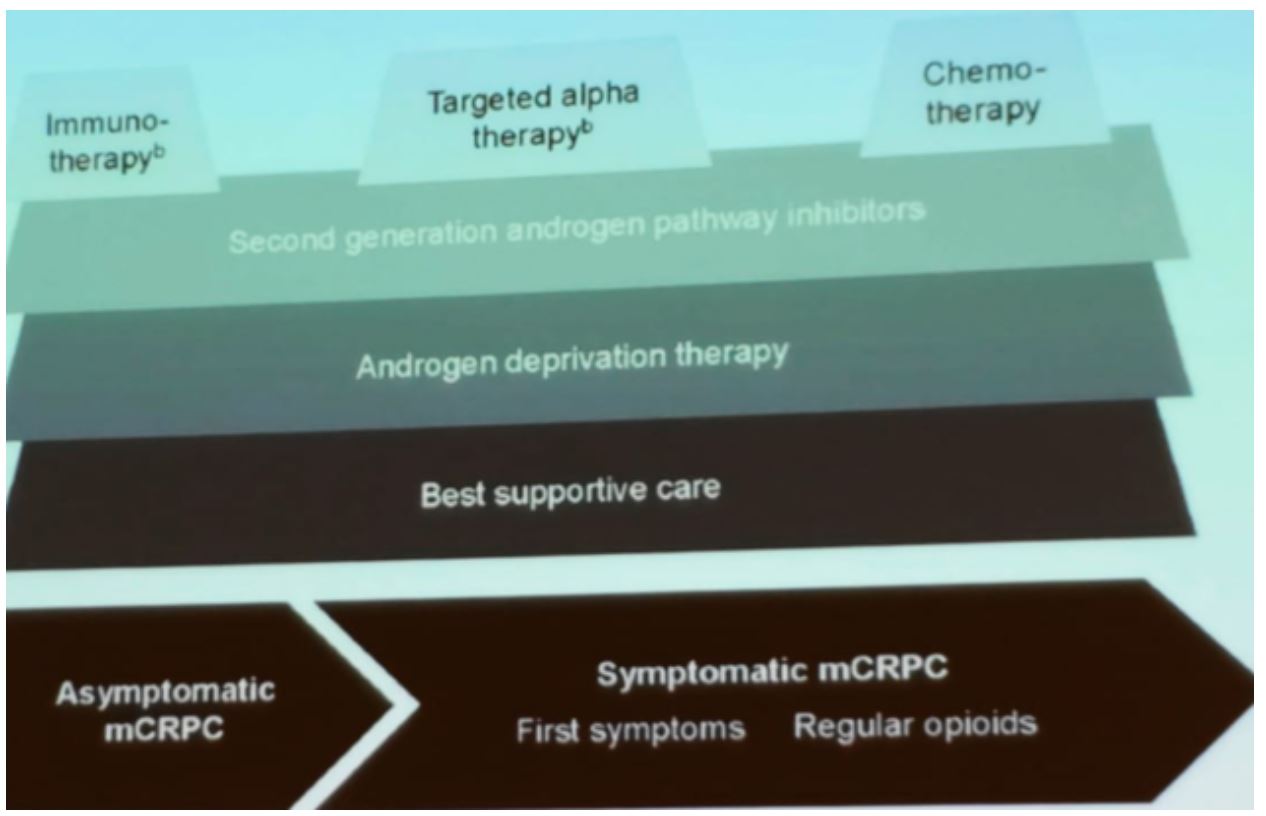 Combination therapies with Radium-223 and other used medications such as abiraterone or enzalutamide have not shown thus far, and overall survival benefit.7,8 These combinations, however, did show an increased rate of fractures that were reduced using bone protective agents. There are other analyzed combination therapies that might hold promise soon. These include the combination of radium-223 with sipuleucel-T, pembrolizumab, atezolizumab, and PARP inhibitors. The concept of treatment layering has been recently introduced in an attempt to optimize the treatment of patients with mCRPC.9 According to this concept, treatment should be given in a layered approach to optimize the treatment outcomes of these patients, as seen in figure 5.

Concluding his talk Dr. Koo emphasized some points. First, radiopharmaceuticals can have an overall survival benefit, while remaining quite a safe treatment option. Second, the concept of treatment should be according to the layering/combination of treatment rather than the sequencing of treatments. Importantly, preserving bone health is imperative and together with vitamin D and calcium, protective bone agents should be given to these patients. Lastly, it is unclear if moving treatment with Radium 223 to an earlier disease state will cause an overall survival benefit, and this will be needed to be further explored in the near future.