(Urotoday.com) To provide a context to the keynote lecture by Dr. Andrea Necchi discussing the management of chemotherapy-resistant germ cell tumors at the inaugural Global Society of Rare Genitourinary Tumors virtual summit, Dr. Lucia Nappi provided a commentary discussion of this topic. By way of background, Dr. Nappi notes that 20-30% of patients will relapse after first-line therapy, and the prognosis after second-line therapy is less favorable, with only 15-30% of patients maintaining a continued disease-free rate. Most studies in this disease space are non-randomized, small, and include a heterogeneous population. Very few randomized studies have shown a higher benefit of sequential salvage high-dose chemotherapy than a single consolidating high-dose chemotherapy cycle after three standard doses. Furthermore, there is a lack of clinical/biological predictive markers for appropriate patient selection. 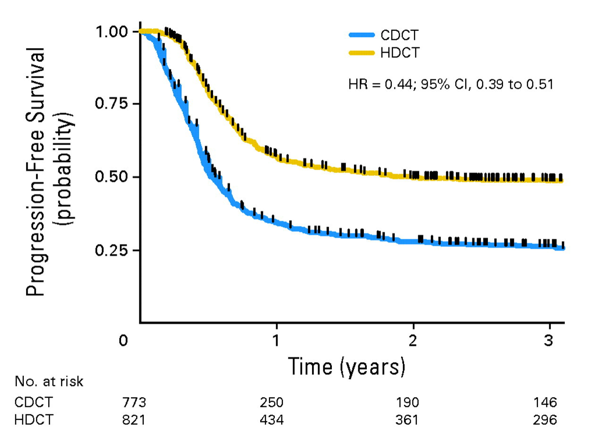 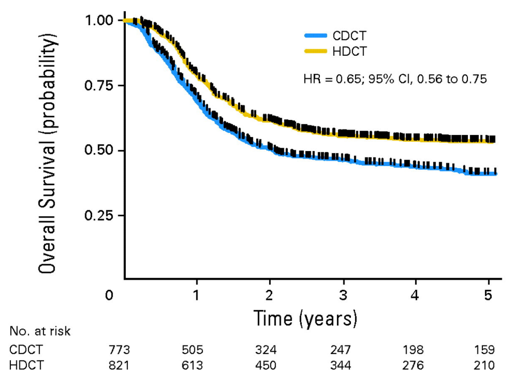 Unfortunately, there is a long list of negative trials and no activity for immunotherapy or targeted agents in unselected patients. Dr. Nappi suggests that this may be secondary to higher tumor mutational burden in cisplatin-resistant and metastatic tissue versus cisplatin sensitive and primary gonadal disease. Additionally, p53 alterations are predominant in the cisplatin-resistant tissue and in mediastinal germ cell tumors.

As follows is a potential algorithm for assessing patients with relapse or progression after first-line chemotherapy: 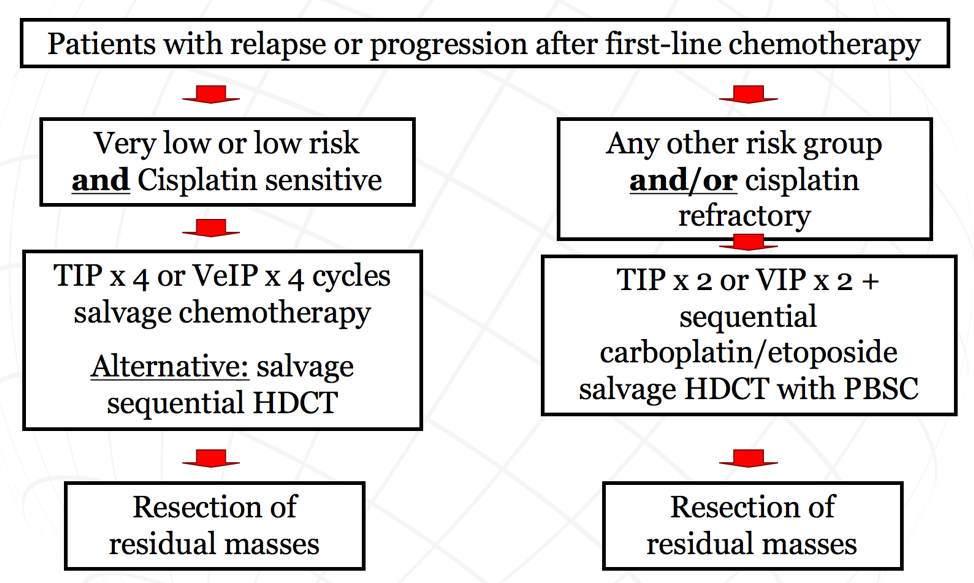