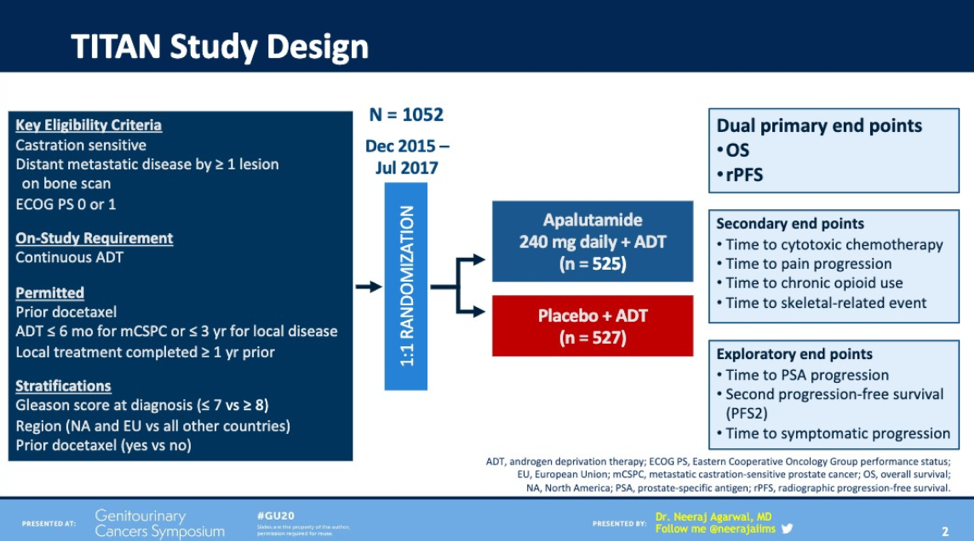 In this study, which included 10.7% of patients who received prior docetaxel therapy, at the first interim analysis, overall survival (OS) at 24 months was improved with the addition of apalutamide (82% vs 73%) and the major side effect difference was rash. 51% of patients received subsequent prostate cancer therapy at the initial data cutoff, with 50.6% receiving subsequent hormonal therapy and 40.2% receiving subsequent chemotherapy. This oral presentation updates the original dataset and provides time to second progression by the different second-line therapies.

277 patients have received subsequent therapy for prostate cancer in this study. The majority of these patients originally received a placebo (190/277, 69%). 87 (31%) had received apalutamide. Of these 277 patients, 31% (86) received hormonal therapy next, in the form of either abiraterone or enzalutamide, and 25% (99) received chemotherapy (docetaxel or cabazitaxel) as their 1st subsequent therapy. 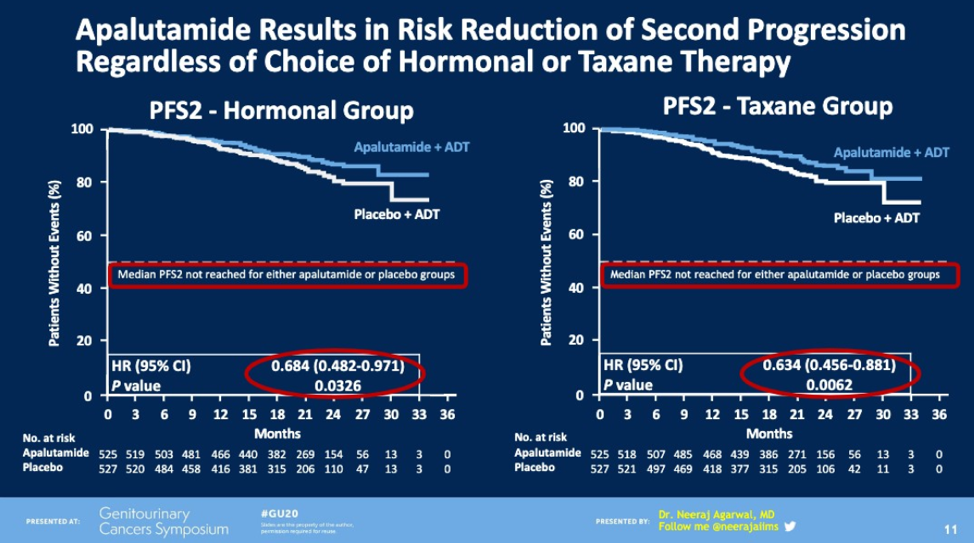 This study demonstrates that taking apalutamide in the first line reduces the risk of progression regardless of which therapy you choose between another hormonal agent or chemotherapy. One question that was bought up in the discussion was why patients who received placebo initially progressed at relatively the same rate as those receiving apalutamide who subsequently received another hormonal agent. Longer follow-up is necessary to evaluate for OS in this study as the median OS has not yet been reached. 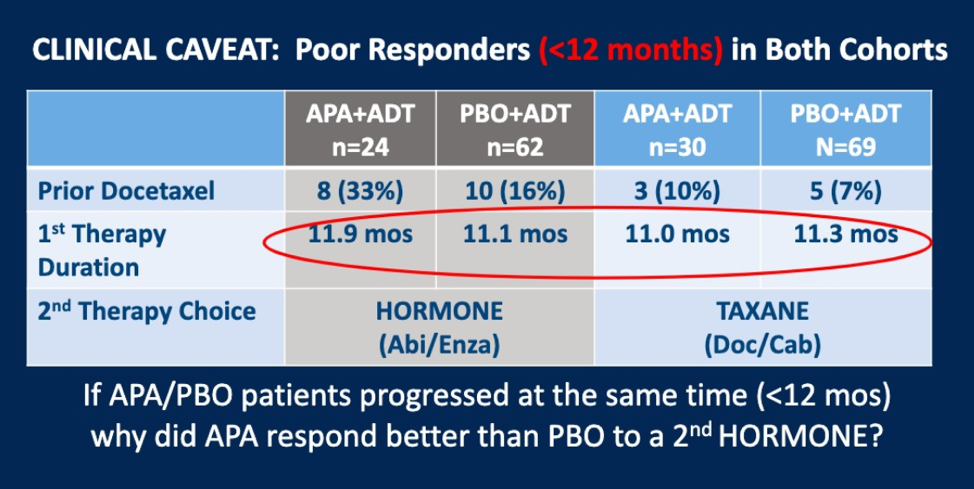