The article entitled, Male Pelvic Pain: Beyond Urology and Chronic Prostatitis, published in Current Rheumatology Reviews", Vol. 12, No. 2, 2015, was the summation of my 25 year subspecialty career and one of my life crusades.

As Dr. Novick’s special fellow, I became a general office based urologist. The volume and diversity of patients seen at Glickman Urological Institute at the Cleveland Clinic provided me with a great and immediate education in general urology and outpatient procedures. It also made me realize there was a great need for specialized care of men suffering from pelvic and genital pain. In the mid 1990’s, it became very clear to me (and one of my mentors, Dr. Elroy Kursh) that prostatitis, epididymitis and urethritis were most often misused terms to describe patients’ symptoms which were caused by something other than an infection or disorder of any urological organ.

In 1997, I decided to stop prescribing antibiotics empirically whenever my microscopic analysis of the urine was negative and the patient was afebrile. I was seeing about 350 “prostatitis” patients per year, so that meant that around 320 or more patients were NOT receiving antibiotics. Initially, I was scared to death! I had insomnia for three months because I was not practicing within “The standard of Care.” Nevertheless, I knew I was doing the right thing. This and many other practices, like knee jerk PSA screening, taught me the difference between practicing medicine legally (Standard of Care) and practicing ethically (Based on my thoughtful interviews and meticulous physical examinations).

I began prescribing specialized physical therapy in 1996, to those patients in whom I identified connective tissue abnormalities and myofascial trigger points consistent with their symptomology. I had to educate myself. One of the most effective lessons I had was undergoing the evaluation and treatment myself. (I not only learned about latent trigger points in my one Glutes, but also heightened my empathy for patients and therapists alike.) I also recognized there were patients with and without pelvic floor muscle dysfunction who had something else which was making a greater impact on their symptoms and their ability to heal. This condition I discovered was the presence of Functional Somatic Syndromes in over 65% of my so-called prostatitis patients. This work was highlighted at the AUA in 2001, and is now termed Central Sensitization Syndrome.

I presented my work at an NIH meeting in 1997, and was literally hissed at by the audience of other “prostatitis experts.” Soon after, however, I was invited to debate at three national meetings...and kicked butt. Sadly, bullying at meetings and slander behind the scenes persisted. If it weren’t for the encouragement from my patients, I am not sure I could have endured the conferences or research meetings.

Last year, when I was again directing a course at the AUA regarding male pelvic pain, one of our panelists began his talk with the slide below. It was a means of expressing gratitude for the past 25 years of my work. I almost wept. People had indeed noticed my perseverance in spite of the bad behavior of the “prostatitis mafia.” 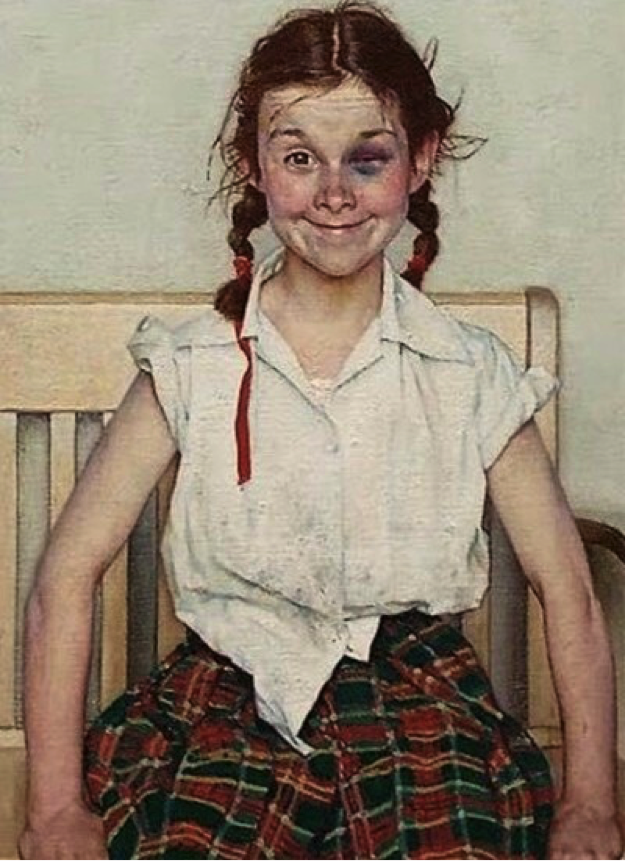 However, most importantly, more and more patients are benefitting from a more comprehensive approach to their presumed urological symptoms. More physicians are expanding their differential diagnoses and providing more compassionate care. Soon, I will be able to retire!

There is one more emerging and nagging concern: physical therapy for pelvic pain is being oversimplified and misused. While it is indeed wonderful that abuse of antibiotics in this patient population is waning, it is incorrect to refer patients to physical therapy without adequate clinical evaluation nor follow up. There are many other causes of pelvic pain besides prostatitis and pelvic floor dysfunction; and we, as physicians, are responsible for making the correct diagnosis and re-evaluating the patient throughout therapy. I am finding growing numbers of patients who have been to Physical therapy dozens of times, as prescribed by their urologist, only to discover that they had not been examined properly and that Physical Therapy was never indicated in the first place. Some have required second opinion urological evaluations, urodynamics, nerve blocks, colorectal consultations, psychological support and/or neuromodulating medications or even surgery.

Although I have championed PT’s for over 20 years, I don’t want Physical Therapy to become the new Cipro prescription. While physical therapy can benefit so many of our patients, it must not become the hammer to treat every nail.