Desai won the award, commonly known as the “Arthur” award, today at the World Congress of Endourology (WCE) in Istanbul, Turkey. Desai was chosen for his academic contributions to the field of urology, particularly in advanced laparoscopic urology and the use of robotics in minimally invasive surgeries.

The Endourological Society’s awards committee presents the Arthur award each year, and Cook Medical sponsors the award in honor of the lifetime achievements of world-renowned urologist Dr. Arthur D. Smith.

Desai received his Doctor of Medicine and Master of Surgery from Gujarat University in Ahmedabad, India. He was certified in genitourinary surgery in New Delhi, India, in 1999 and trained in advanced laparoscopic urology at the Cleveland Clinic Foundation from 2000-2003.

Desai is ranked among the top academic urologists in the last 10 years based on the h-index and has authored over 100 publications. He has also received numerous awards for essays, medical videos and other achievements. He has been heavily involved in robotics and clinical innovation in endourology, and is a professor of urology at the Keck School of Medicine of USC.

A global pioneer in medical breakthroughs, Cook Medical is committed to creating effective solutions that benefit millions of patients worldwide. Today, we combine medical devices, drugs, biologic grafts and cell therapies across more than 16,000 products serving 41 medical specialties. Founded in 1963 by a visionary who put patient needs and ethical business practices first, Cook is a family-owned company that has created more than 10,000 jobs worldwide. 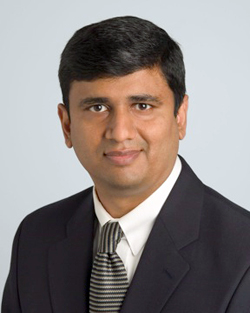