In 2021, there will be an estimated 9,470 new cases of testicular cancer in the United States with an estimated 440 testis cancer-related deaths.1 Importantly, the vast majority of men with testis cancer, even in advanced stages, are cured as a result of the success of high dose chemotherapy regimens that are tolerated by this typically young and healthy patient population. Given both the relatively young age at diagnosis and overall high survival rates, there has been a much needed and welcome focus on survivorship for testicular cancer patients.

In addition to concern for long-term treatment toxicity,2,3 infertility,4 secondary malignancy,5,6 and increased risk of cardiovascular disease,7,8 testicular cancer survivors are also at increased risk of mental health issues, which has only recently been adequately brought to light, particularly in national guidelines.9 Over the last several years, there has been an increase in mental health illness awareness in the general population, based in part to important initiatives from Movember, Suicide Awareness month (September), and the Bell “Let’s Talk” campaign in Canada, to name a few. As part of testicular cancer awareness month, which takes place each year during the month of April, the remainder of this article will discuss implications for mental health illness amongst testicular cancer survivors, including the impact of anxiety and depression, risk of suicidal death, and the emotional burden on testicular cancer survivor caregivers. 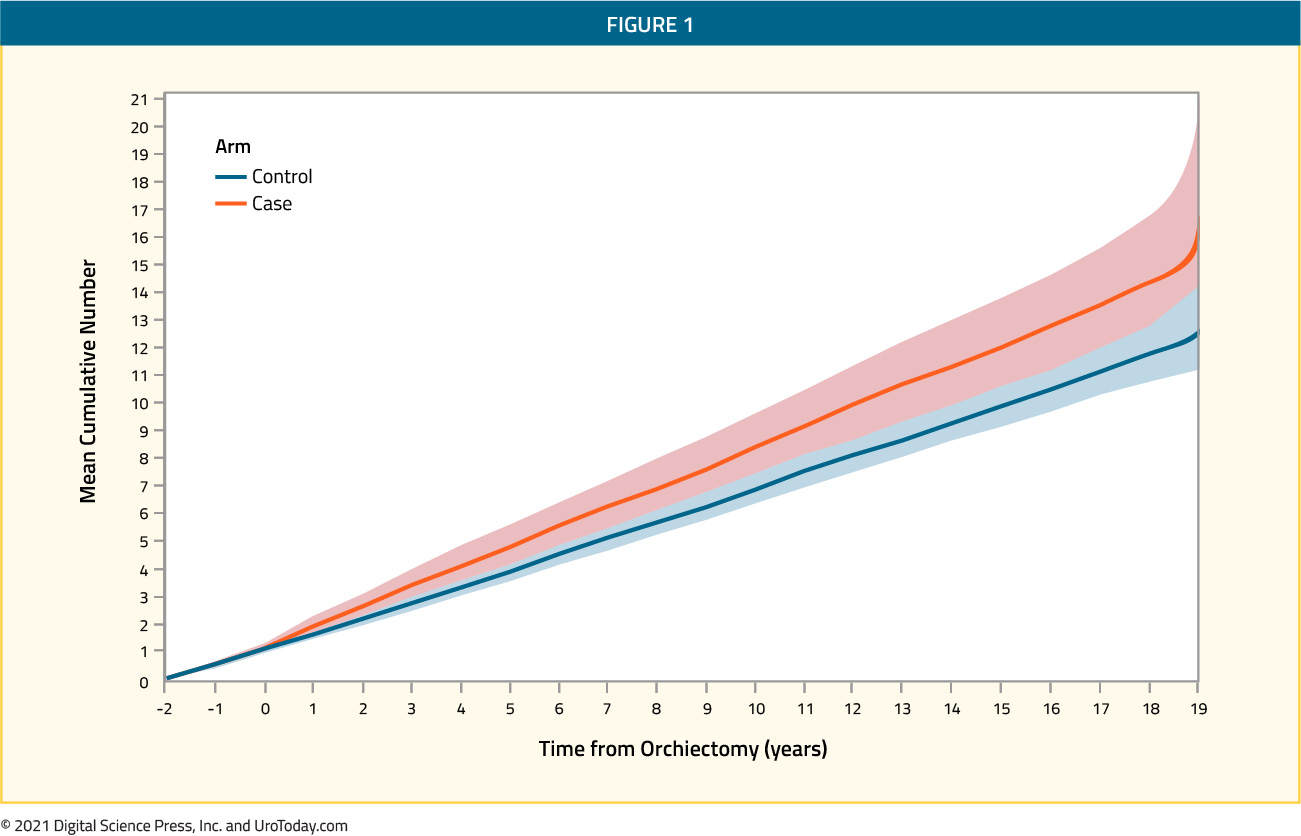 the pre-treatment period, cases and controls had comparable use of mental health services for anxiety (61% v 51%) and depression (11% v 7%); controls had substantially more visits for substance-related and addictive disorders (33% v 18%).

Work from the British Columbia Cancer Center recently examined the psychosocial needs of patients with germ cell tumors specifically stratifying patients by adolescent and young adults (AYA, age 18-39 years of age), and non-AYA (>39 years of age).12 Each patient completed a pre-consultation health assessment form, which is a validated screening questionnaire for distress, subclinical/clinical symptoms of depression, and anxiety. Among 349 patients recruited to this study between 2011 and 2015, the patient population was predominantly AYA (n = 227) with a median age of 33 (range 18-83) years. The top three AYA concerns based on survey results were financial, work/school, frustration and anger; additionally, AYA patients more commonly scored positive for symptoms of subclinical/clinical anxiety than non-AYA (39.4% vs. 27.9%, p = 0.028). These results suggest that AYA testicular cancer patients have unique needs and experience more self-reported anxiety symptoms with emotional, informational and practical concerns, than older adults with testicular cancer. 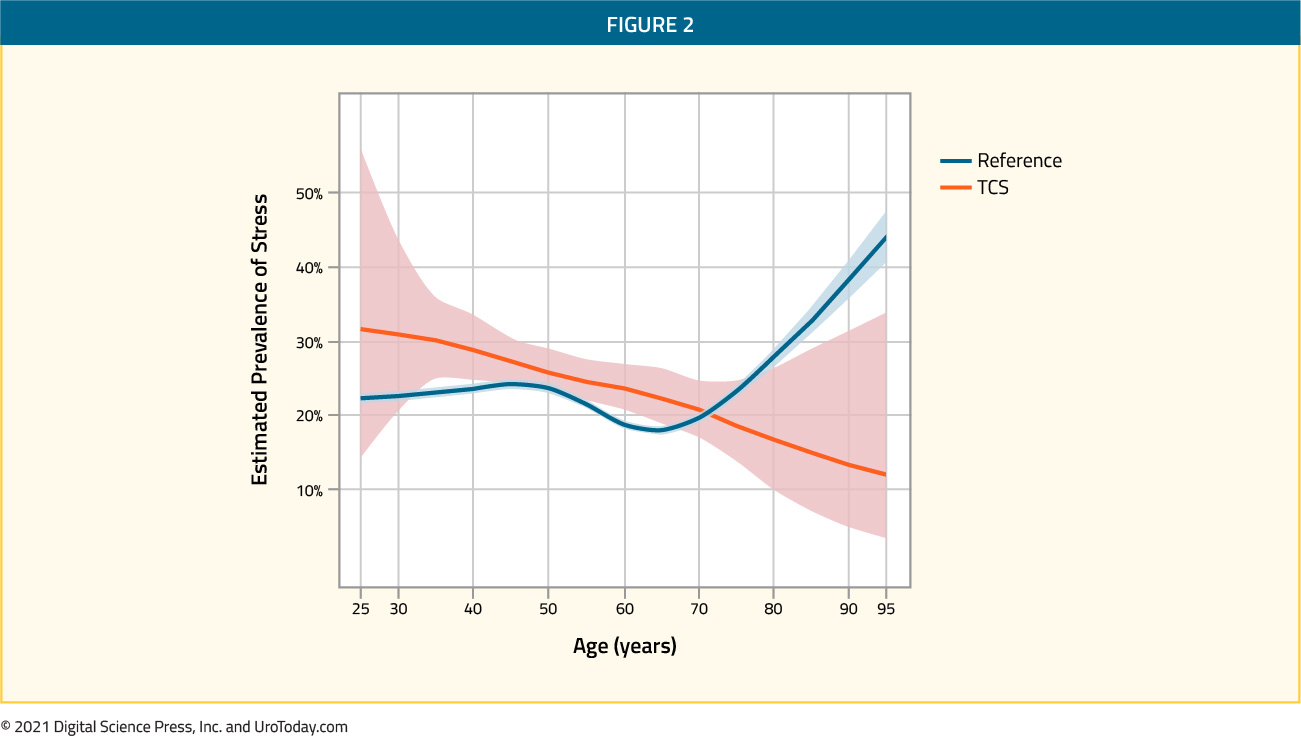 A cancer diagnosis and the long trajectory of both cancer treatment and recovery can take a toll on patients with cancer and their families. Suicide is the culmination of unmanaged distress and is the 10th leading cause of death in the United States, and risk factors for suicide among cancer patients are similar to those among the general population, including male sex and older age.15 Using population-level data from the Surveillance, Epidemiology, and End Results (SEER database), Zaorsky et al.16 assessed the impact of a cancer diagnosis on suicidal death pooling data from 1973 to 2014. For testicular cancer patients, the standardized mortality ratio (SMR) for suicide compared to the general population was 6 when assessing follow-up <1 year after diagnosis. However, with increasing follow-up, unlike the majority of other cancers in this study, the SMR increased for testicular cancer patients with longer follow-up: a SMR of 12 for 1-5 years after diagnosis, and a SMR of 17 for >5 years of follow-up. Data from the Cancer Registry of Norway also has provided some insight into the association of suicidal death and testicular cancer. Looking at individuals diagnosed with cancer before the age of 25 matched to cancer-free individuals, Gunnes et al.17 found a significantly increased risk of suicidal death for testicular cancer patients (HR 2.9, 95% CI 1.3-6.4). Taken together, testicular cancer patients at the population-level appear to be at increased risk of suicide, perhaps for years after their initial diagnosis.

The cancer experience has an impact on not only the patient, but also on their relatives (spouses, parents, siblings, etc)/caregivers, who often have to assume a lead role for the duration of and following treatment. This emotional and physical toll is not insignificant for the caregiver and can lead to significant emotional burden. De Padova and colleagues summarize this emotional burden on the caregiver, with contributions from both the testicular cancer patient and outside sources:20

There are many mental health resources available for testicular cancer survivors and their caregivers. The Substance Abuse and Mental Health Services Administration has a National Helpline at 1-800-662-HELP (4357), as well as the National Suicide Prevention Lifeline providing a 24/7 helpline at 1-800-273-TALK (8255) in addition to the following website: www.suicidepreventionlifeline.org. Finally, during the COVID-19 pandemic, Intermountain Healthcare has established the Emotional Health Relief Hotline at 1-833-442-2211, which may be useful resource to patients/caregivers in need.

The survivability of testicular cancer is excellent, thus putting the onus on comprehensive cancer survivorship programs to ensure appropriate long-term outcomes. Testicular cancer patients are at increased risk of mental health issues, including anxiety and depression, compared to similarly aged men in the general population, and may be at increased risk for many years after diagnosis. Additionally, population-level studies suggest that testicular cancer survivors are at increased risk of suicidal death, with increasing incidence with longer follow-up. The burden of illness, treatment and follow-up may also have an effect on patient caregivers, particularly the emotional burden that may accumulate during these challenging times. It is important for healthcare providers to be cognizant of these mental health disparities among testicular cancer survivors, providing appropriate access to psycho-oncology providers as part of a comprehensive survivorship plan for these patients.