There were women >55 years of age who were enrolled in the three groups above. Catheterized urine samples were collected at least 6 weeks after acute infection and after starting relevant medications such as vaginal estrogen or prophylactic antibiotics. Women taking UTI prevention supplements as well as those with asymptomatic bacteriuria were excluded. After DNA extraction, v4 regions of the 16S rRNA gene were sequenced and analyzed for bacterial identification. Relative sequence abundances were plotted. Non-metric multidimensional scaling (NMDS) techniques such as Bray-Curtis and UniFrac were used to compare biological communities between groups. Pairwise group comparisons were also performed using Bayesian graphical compositional regression (GCR), a technique that incorporates the phylogenetic tree and can be used to identify rare clusters that differ between groups.

65 samples were analyzed as follows: rUTI on antibiotics (n=17), rUTI not using antibiotics (n=25),and controls (n=23). Lactobacillaceae were found in all study groups and were abundant in 35%,44%, and 56% of the samples per group, respectively. 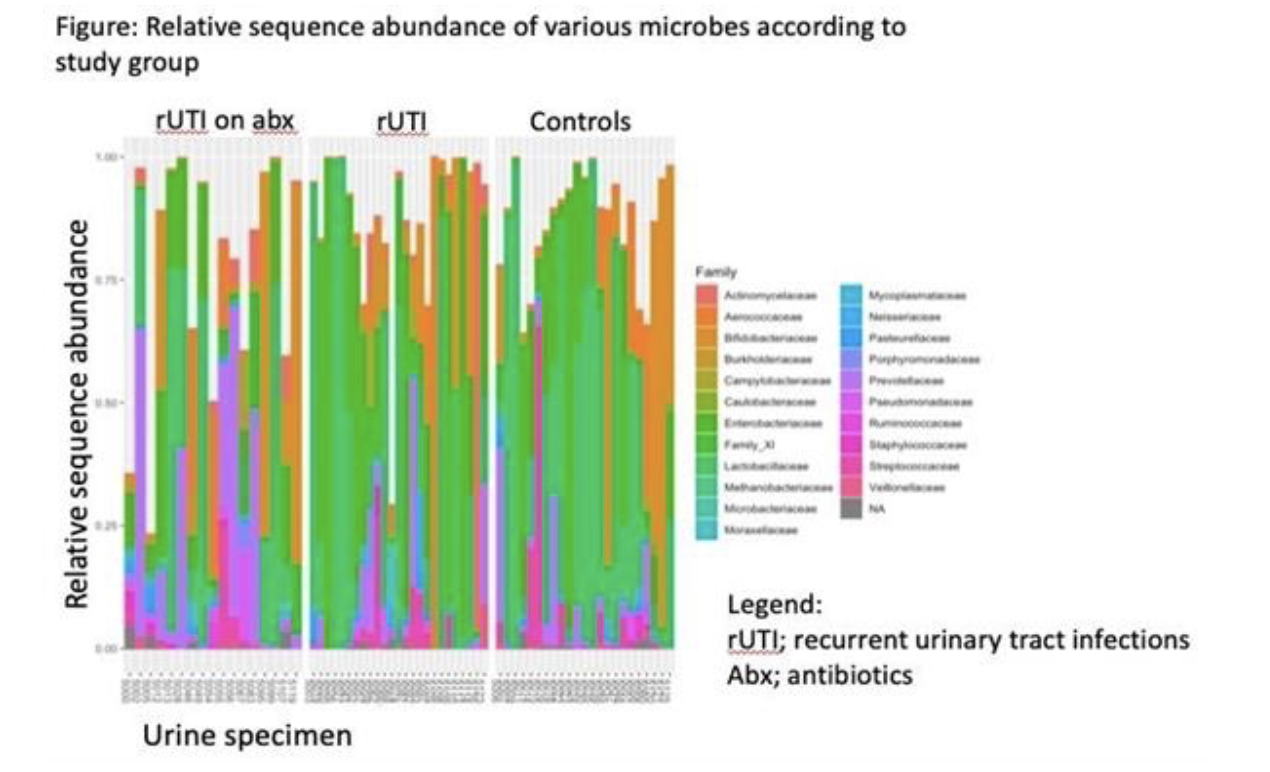 NMDS techniques show that the microbial compositions of a small subset in the rUTI groups deviate away from those in the controls, though this is not statistically significant with the limited sample size. A statistical test based on the Bayesian GCR model identified a cluster of microbes belonging to the Order Clostridiales, Family_XI that was differentially abundant in women with rUTI using prophylactic antibiotics compared to others with rUTI.

In the end they concluded that women using vaginal estrogen, Lactobacillaceae abundance varies slightly between women with rUTIs compared to controls. There may be additional differences in the microbial communities that we were unable to confirm due to small sample sizes. Bayesian graphical compositional regression may be a helpful tool to identify unusual microbes among heterogeneous samples.