South Central Section of the AUA 2022

This population-based cohort study identified 13,054 patients diagnosed with LG Ta tumors in the Surveillance, Epidemiology and End Results -Medicare linked database from January 1, 2004 through December 31, 2013. The primary outcome was to characterize trends in population-level surveillance and treatment practice patterns over time among LG Ta patients. The secondary outcomes were recurrence, progression, and costs of care.

Of the 13,054 patients who met inclusion criteria, 9,596 (73.5%) were male and 3,485 (26.5%) were female, with a median age of 76 (Interquartile Range (IQR): 71–81) years. Rates of surveillance cystoscopy increased over the study period (79.3% to 81.5%, p = 0.007) with patients undergoing a median of three cystoscopies per year (IQR: 2–4). Rates of upper tract imaging utilization also increased, namely the use of computed tomography (CT) or magnetic resonance imaging (MRI) (30.4% to 47%, p < 0.001), with most patients undergoing a median of two imaging tests per year. Similarly, the use of urine cytology or other urine biomarkers also increased (44.8% to 54.9%, p < 0.001). Rates of compliance with current guidelines decreased over time suggesting overutilization of all surveillance testing modalities. A total of 17.2% of patients received intravesical bacillus-Calmette Guerin (BCG) and 6.1% received intravesical chemotherapy (excluding single perioperative dose). Among all LG Ta patients, 1.7% and 0.4% experienced disease recurrence and progression, respectively. Total annual median costs of LG Ta surveillance and care increased 1.6-fold from $34,792 to $53,986 over the study period, with increased expenditures noted among those with disease recurrence ($53,909 and $76,669).

Limitations include lack of confirmatory low-risk category given lack of granularity using SEER-Medicare. Moreover, the rates of recurrence were determined by a proxi definition and may in fact underestimate the true impact of recurrence and costs. Lastly, costs were up to 1 year and further long term costs of care are needed to understand the impact over current patterns of care. 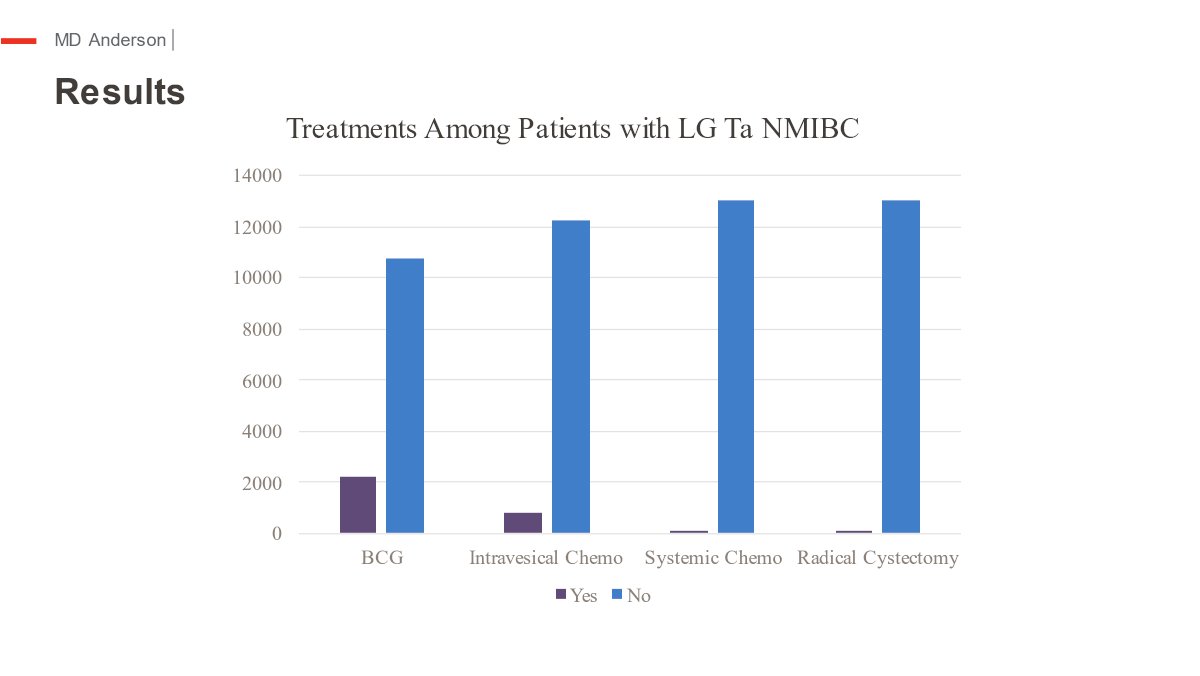 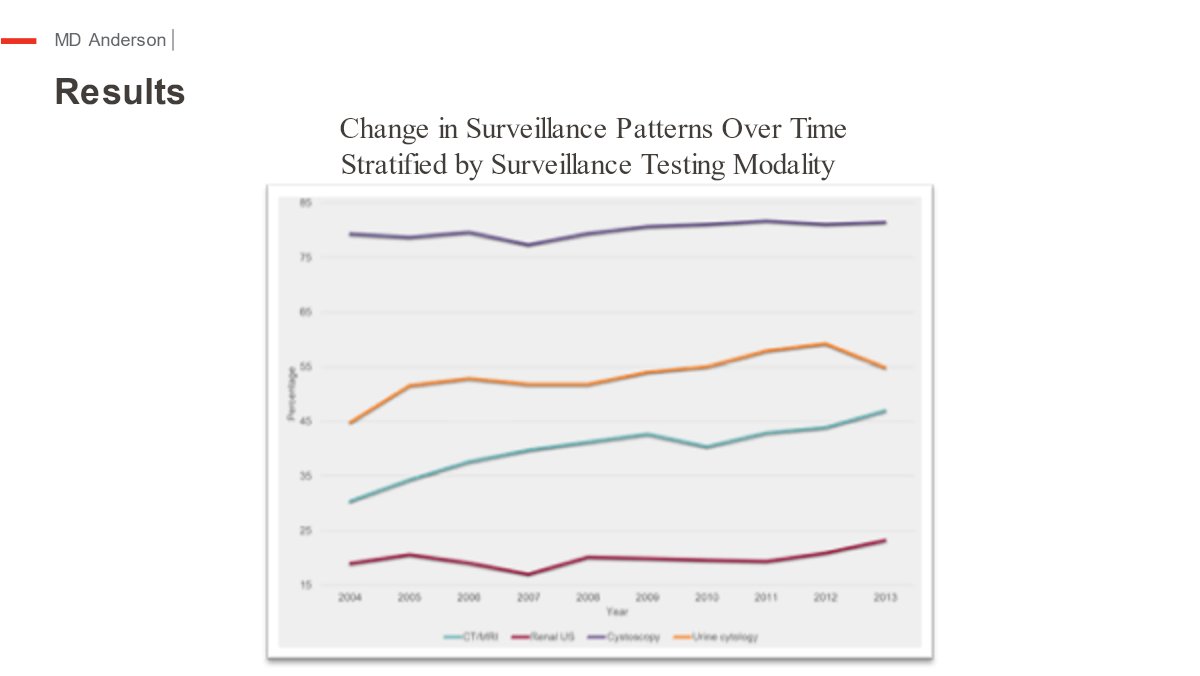 In summary, despite low rates of disease recurrence or progression, rates of surveillance testing increased during the study period. The annual cost of care increased over time, particularly among patients with recurrent disease. Efforts to improve adherence to current practice guidelines, with the focus on limiting overutilization of surveillance testing and overtreatment, may mitigate associated rising costs of care. Dr. Bree and this presentation won first prize for the South Central Section (SCS) AUA fellow essay competition.