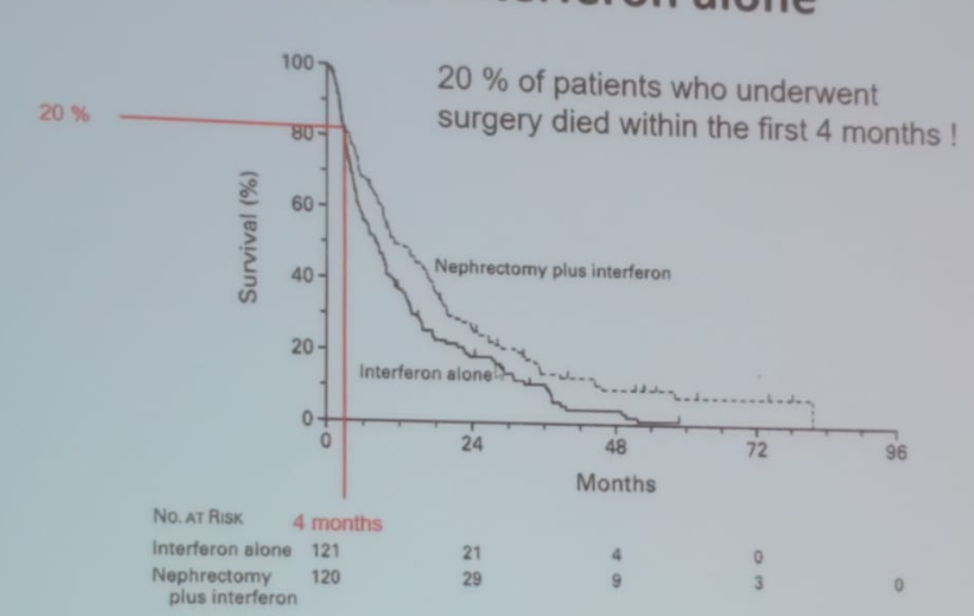 The problem with metastatic RCC is that it is a heterogeneous disease with varying degrees of feasibility regarding the ability to resect the primary tumor, feasibility of metastatic resection, burden of metastatic disease, histologic subtype, performance status, prognostic risk category, and symptoms. Patient selection for cytoreductive nephrectomy is key for success. That is why various criteria have been formulated to calculate and ascertain which patients will be better candidates for cytoreductive nephrectomy.

One of those risk criteria is the Heng criteria, conferring worse results and showing a clear overall survival difference between patients with favorable, intermediate and poor-risk (Figure 2). The Heng criteria include: 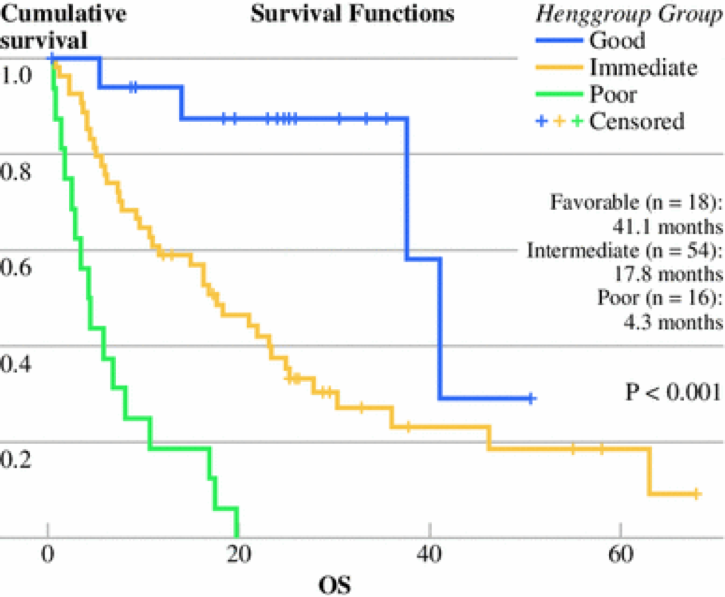 The SURTIME study, was a phase 3 study investigating the sequence of nephrectomy and sunitinib in metastatic RCC patients (Figure 3). Unfortunately, the trial accrued poorly and therefore the results were mainly exploratory.  The results demonstrated that the sequence of cytoreductive nephrectomy and sunitinib did not affect the progression-free survival (PFS) at 28 weeks. The deferred cytoreductive nephrectomy approach used in the trial appeared to select outpatients with inherent resistance to systemic therapy. Furthermore, surgery appeared to be safe after treatment with sunitinib. 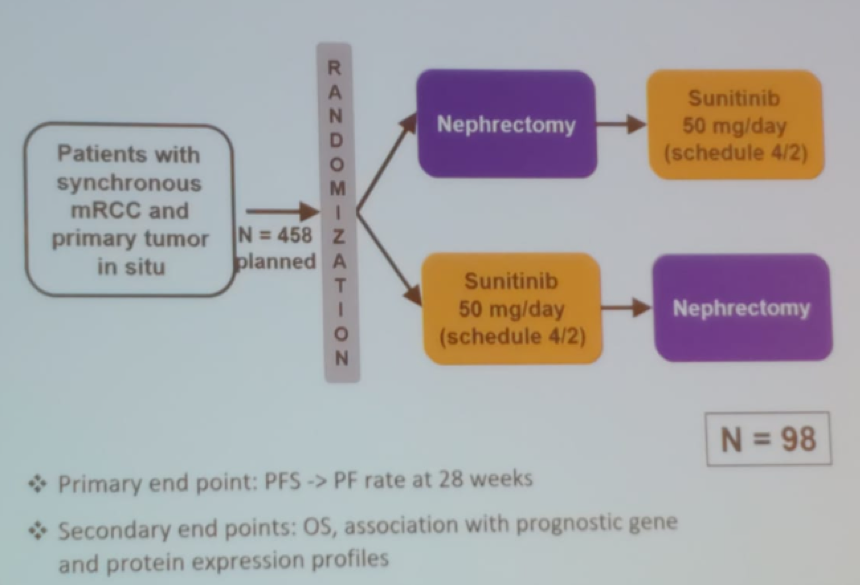 The most recent landmark trial, the CARMENA trial (Figure 4) was a phase 3 study of sunitinib only vs. nephrectomy followed by sunitinib2. The main limitations of this study included: 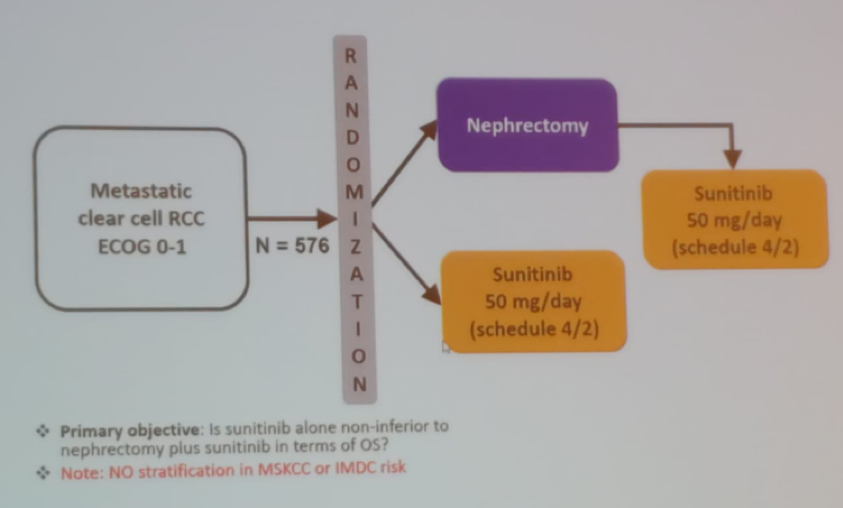 This trial showed no overall survival difference between the two arms after a median follow-up time of 50.9 months (figure 5) 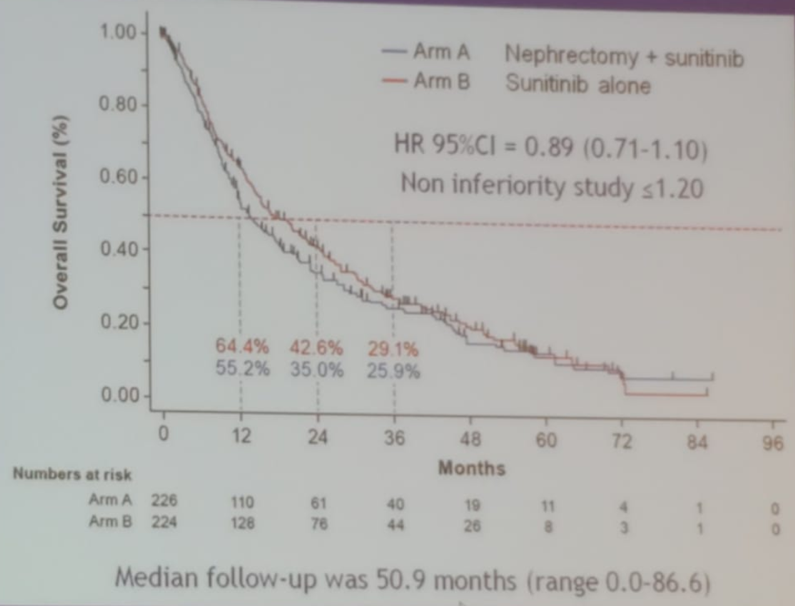 An updated treatment algorithm, courtesy of Dr. Axel Bex, is shown in Figure 6, including recommendations when to perform cytoreductive nephrectomy after immunotherapy in Table 1. 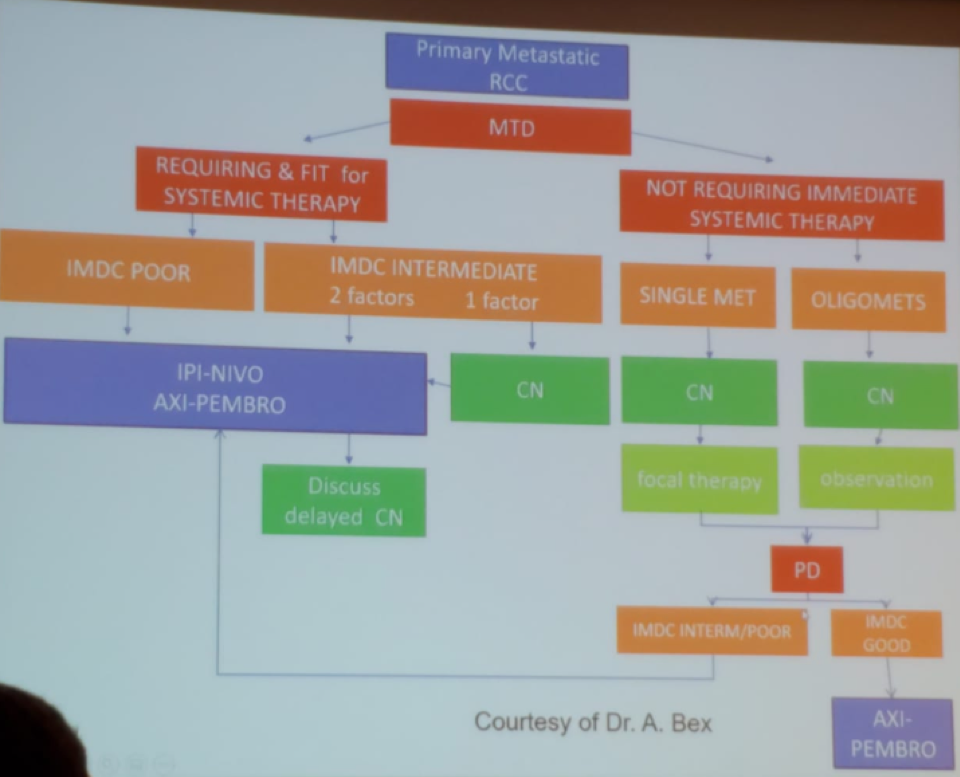 Table 1 – When to perform cytoreductive nephrectomy after immunotherapy:

In conclusion, primary metastatic RCC is a heterogeneous disease and patient selection is key to success. The indications for upfront cytoreductive nephrectomy remain for patients with single or oligometastatic disease who can be followed by observation. Patients who require systemic therapy should receive it first with the option to perform cytoreductive nephrectomy in case of symptoms or good response to therapy. Lastly, the decision-making process for metastatic RCC patients has become more complex, and should always be discussed in multidisciplinary tumor boards.