As clinicians treating germ cell tumors will know, the International Germ Cell Cancer Collaborative Group published a consensus-based prognostic classification of germ cell tumors in 1997. This stratification has been widely used since that time for both clinical care and trial design. Notably, it was based on treatments delivered between 1975 and 1990, in which not all patients received cisplatin-based regimes which would now be considered standard of care. 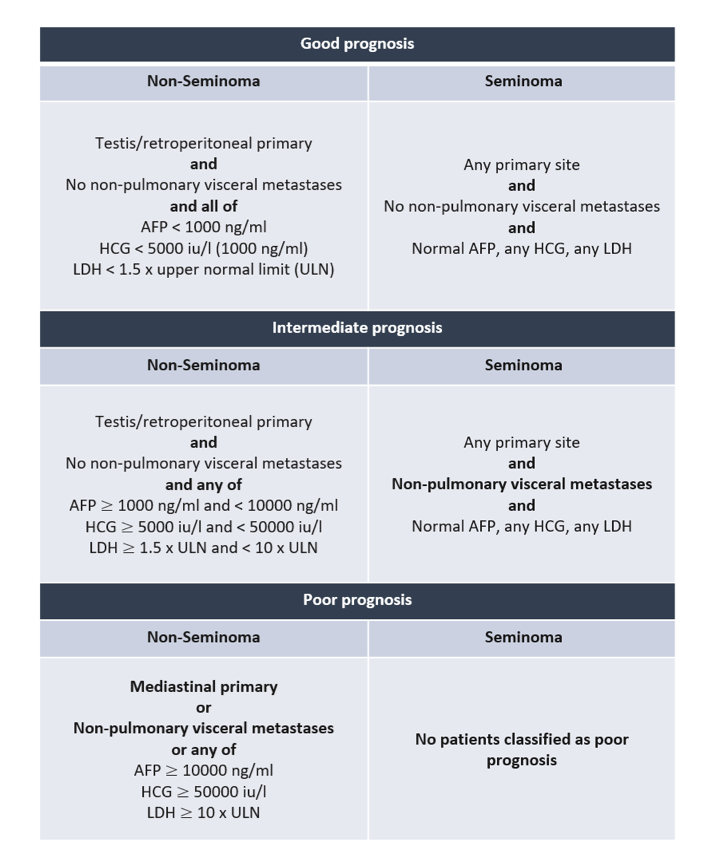 The group assessed progression-free survival and overall survival as key endpoints. The authors included patients with metastatic germ cell tumors from trials and registry cohorts, including those who received cisplatin- and etoposide-based first-line therapy which was delivered between 1990 and 2013. Patients with relapse after stage I disease were allowed, as were both gonadal and extra-gonadal primary tumors. Female patients, those who received prior chemotherapy for metastatic disease, and those with primary central nervous system germ-cell cancers were excluded.

To do so, the IGCCCG-Update consortium relies on 30 different contributing groups to the main database and a further 6 contributors for validation.

The group collected the following data:

1. baseline characteristics including original IGCCCG group, age, primary site, serum tumor markers (beta-HCG, AFP, and LDH) at diagnosis and prior to the start of chemotherapy, and the presence and location of metastases
2. treatment including the type of chemotherapy, number of cycles, residual masses, post-chemotherapy surgery and/or radiotherapy
3. outcomes including best response, progression-free survival, and overall survival 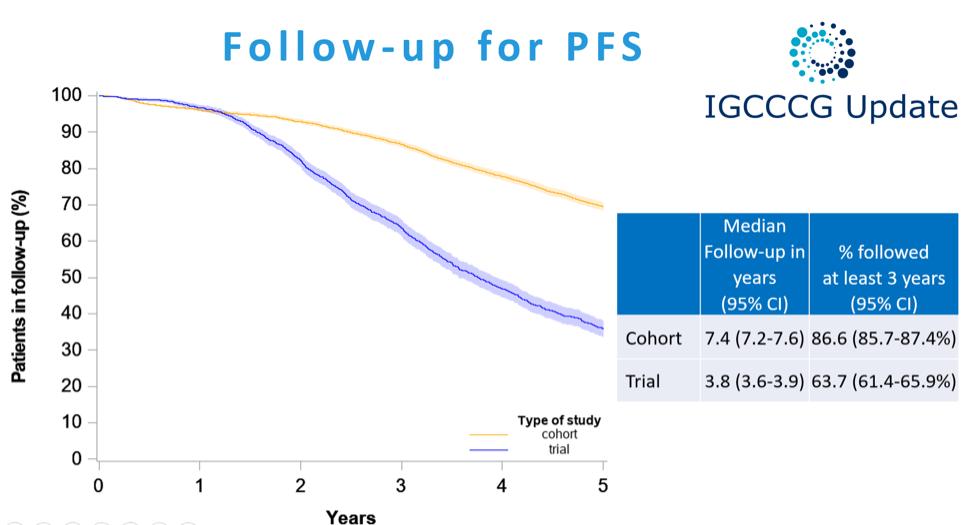 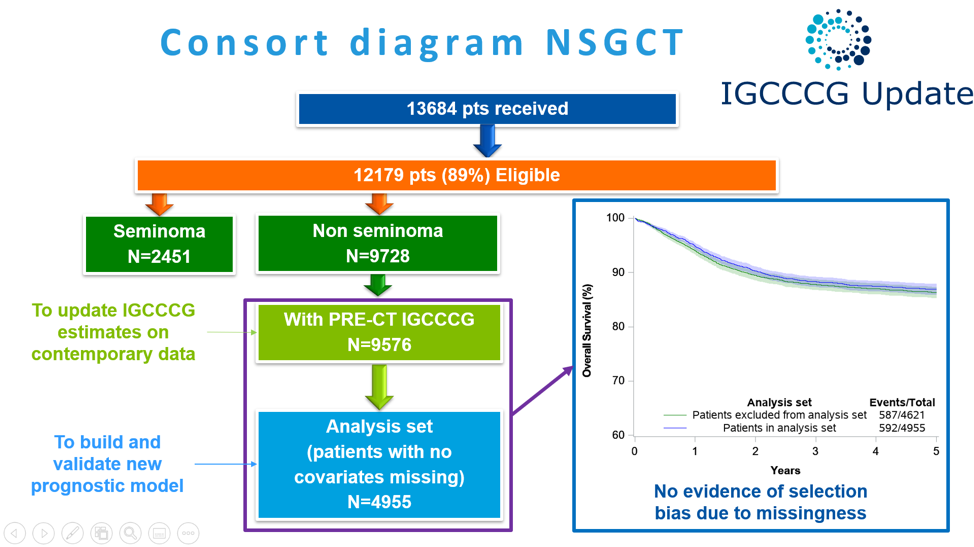 Baseline characteristics of the patients in the analytic set were in keeping with expected with a median age of 29, 93% gonadal primary, lung metastases were present in 39%, and non-pulmonary visceral metastases were present in 13%. Utilizing existing IGCCCG criteria, 46% had good risk disease, 30% had intermediate-risk, and 24% had poor-risk disease.

In updating the survival predictions utilizing the existing IGCCCG prognostic categories, Dr. Gillessen highlighted that 5-year overall and progression-free survival has improved for patients with non-seminoma across the IGCCCG risk categories among these more contemporaneously treated patients. Differences were larger among patients with poor-risk disease. 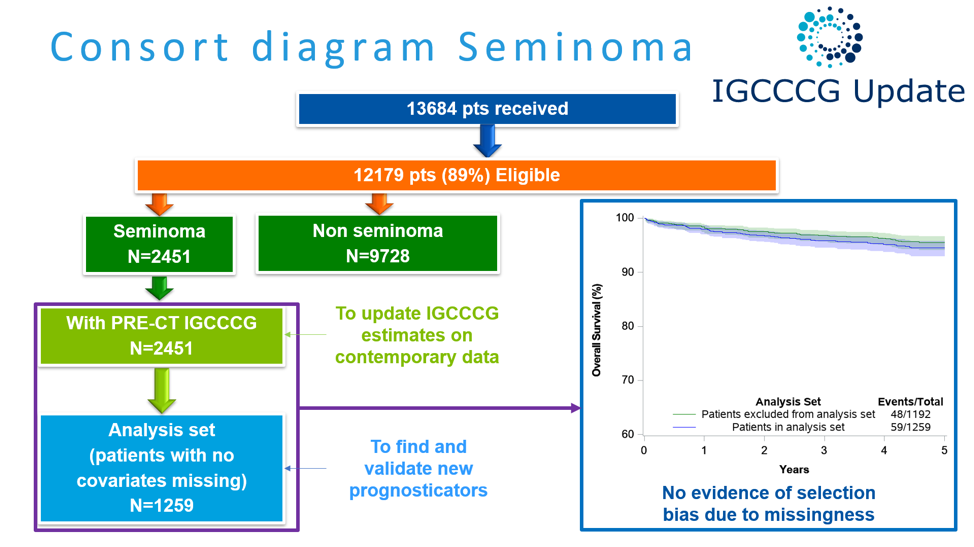 Among patients with seminoma, the median age was 37 years, 94% had primary gonadal tumors, 98% had HCG prior to chemo <5000 IU/L and 61% had LDH prior to chemo ≤1.5x upper limit of normal. Lung metastases were present in 6% and 95% of patients had good prognosis disease.

Dr. Gillessen concluded that this update highlights the value of international collaboration demonstrating that the existing IGCCCG classification still correctly risk stratifies patients though overall prognosis is improved in the updated analysis. New prognostic models have been developed and publications for these have been submitted recently.