(UroToday.com) The Earlier Treatment in Prostate Cancer “How can we maximize the therapeutic index?” educational session at the European Society of Medical Oncology’s (ESMO) 2021 congress included a presentation by Nicolas Mottet discussing evidence-based treatment options in biochemically relapsed prostate cancer. Dr. Mottet notes that the definition of relapse after external beam radiotherapy is the nadir + 2 ng/mL, with the rationale for this being that it was the best definition to predict further metastases. It was initially based on the Phoenix consensus but later was considered as the main clinical definition of relapse. With regards to relapse after radical prostatectomy, Dr. Mottet notes that there is a major difference between PSA relapse (any PSA rise following an undetectable level) and a clinically significant PSA rise, which is the best predictor of further metastases. Post-radical prostatectomy, the definition of relapse is no longer a PSA of 0.2 ng/mL and rising. Currently, following an undetectable PSA (<0.1 ng/mL), the best PSA threshold to define a relapse is 0.4 ng/mL and rising (since 2018 EAU-ESTRO-SIOG-ESUR guideline), given that this is the best correlation with systemic progression; this definition has also been adapted as a consensus statement by ASCO. The threshold of PSA > 0.4 ng/mL and rising is the most clinically relevant threshold, but it is not the threshold to define relapse, and it is not the threshold to consider salvage treatment.

When the PSA is rising, a bone scan has a <1% positivity rate if the PSA is <10 ng/mL and is only useful when the PSA is >20 ng/mL or the patient has bone pain (or when PSA doubling time is < 6 months). Abdomino-pelvic MRI has a low sensitivity when the PSA is < 2 ng/mL, and whole-body MRI is inferior to PET PSMA. At a mean PSA of 2 ng/mL the percent positivity for PSMA is 71% and for MRI is 39%. For choline PET scan, the positivity rate is only 5-24% if the PSA is <1 ng/mL and up to 67-100% if the PSA is >5 ng/mL. Fluciclovine PET scan has better sensitivity compared to choline, with a sensitivity of ~50% when the PSA is <1 ng/mL. We now have data for 68Ga-PSMA-PET in the detection of relapse after radical prostatectomy, which has shown an overall detection rate of 53.6% for PSA 0.5-1.0 ng/mL and up to 71.3% for PSA 1-2 ng/mL. Of note, even with PSMA-PET, 62.1% of PET scans are negative at a PSA of <0.5 ng/mL. The recently published CONDOR trial focused on patients with biochemically recurrent disease, with a rising PSA after definitive therapy and negative or equivocal standard of care imaging (e.g., CT/MRI, bone scintigraphy, or F-18 fluciclovine).1 In this study, PyL-PET/CT correctly localized lesions in 84.8-87.0% of cases among three readers (lower bound of 95% CI: 77.8%-80.4%) against the composite standard of truth. The detection rate stratified by PSA-level is as follows: 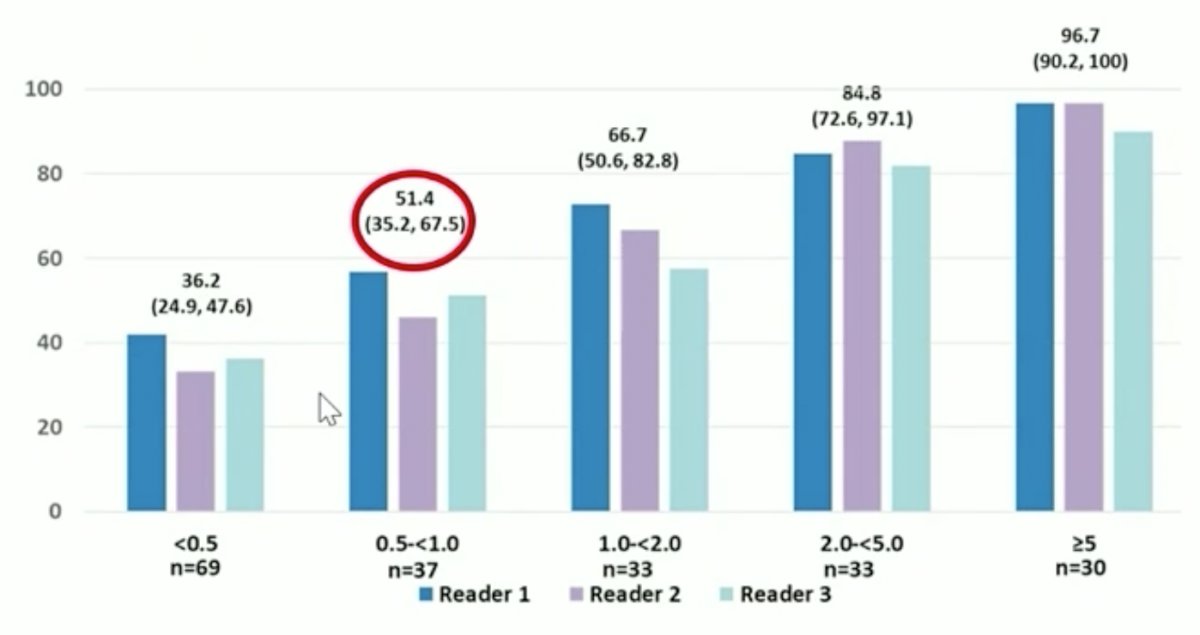 Dr. Mottet notes that relapse is important in that it is linked with metastasis free-survival, disease-specific survival, and overall survival. However, the impact of relapse may be highly variable given that across studies hazard ratios range from 1.03 to 2.32 with regards to survival outcomes. In a systematic review assessing the prognostic value of biochemical recurrence following treatment with curative intent, Van den Broeck et al.4 define the EAU low-risk biochemical recurrence as a PSA-doubling time >1 year and pathologic ISUP grade <4 (whereby salvage treatment should be discussed but may not be needed), and EAU high-risk biochemical recurrence as a PSA-doubling time <= 1 year or pathological ISUP grade 4-5 (whereby salvage treatment is needed).

When considering salvage radiotherapy after radical prostatectomy the RTOG 9601 trial assessed the utility of concomitant ADT.5 This phase III randomized clinical trial assessed bicalutamide monotherapy among salvage EBRT patients randomized to bicalutamide 150 mg PO daily vs placebo for 24 months. Overall survival rates at 12 years were 76.3% for patients taking bicalutamide compared to 71.3 taking placebo (p=0.04). Prostate cancer survival rates at 12 years were 5.8% for bicalutamide compared to 13.4% for placebo (p<0.001). The EAU guideline recommendations for local salvage treatment for biochemical recurrence after radical prostatectomy suggest that clinicians should offer PSA monitoring to patients with biochemical recurrence with low-risk features at relapse who may not benefit from intervention (strength rating: weak). Clinicians should offer salvage radiotherapy to patients with a PSA rise from an undetectable range, and once the decision is made to offer salvage radiotherapy, it should be given (at least 66 Gy) as soon as possible (strength rating: strong). Finally, the guidelines suggest that clinicians should offer hormonal therapy, in addition, to salvage radiotherapy to men with biochemical recurrence (strength rating: weak). Dr. Mottet also added that clinicians should not wait for a positive PET if salvage EBRT is planned and that salvage EBRT must be at least 66 Gy and may go up to 72 Gy.

Salvage therapy after external beam radiotherapy is less clear as we do not have randomized data to guide treatment. Most data for patients undergoing salvage radical prostatectomy, with other potential modalities of treatment being salvage cryotherapy or HIFU. Dr. Mottet emphasizes that local salvage therapy is possible and that re-irradiation is possible and safe in select circumstances. Furthermore, it is important to note that no local treatment has been consistently associated with improved outcomes and that there are variations in toxicity. There are major limitations with these studies given that the sample sizes are highly variable, most studies are uncontrolled single-arm, and there is heterogeneity of definitions for core outcomes. The EAU guidelines state that for salvage local therapy after external beam radiotherapy, clinicians should offer to monitor, including PSA to EAU low-risk BCR patients (weak), and only offer salvage radical prostatectomy, brachytherapy, HIFU, or cryoablation to highly selected patients with biopsy-proven local recurrence within a clinical trial setting or well-designed prospective cohort study (strong).

The TOAD study also assessed time of ADT in a prospective randomized fashion and found that immediate ADT was associated with a higher 5-year overall survival than delayed (>2 years) ADT (91% vs 86%) in patients with PSA relapse following predominate radiotherapy. Dr. Mottet states that the evidence for salvage ADT is weak at best. According to the EAU guidelines, clinicians should discuss deferred ADT with well-informed patients that are M1 and asymptomatic (weak), and that they should discuss combination therapy including ADT plus systemic therapy with all M1 patients (strong). 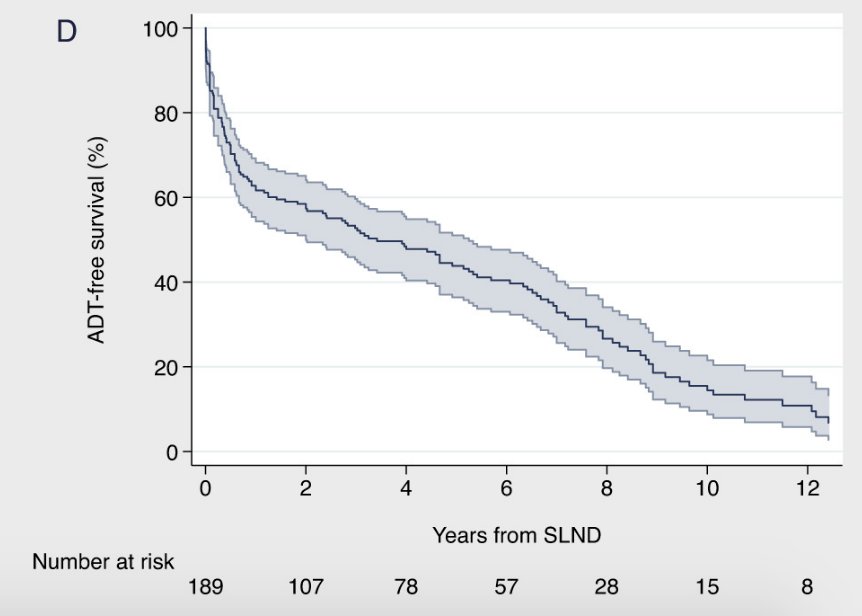 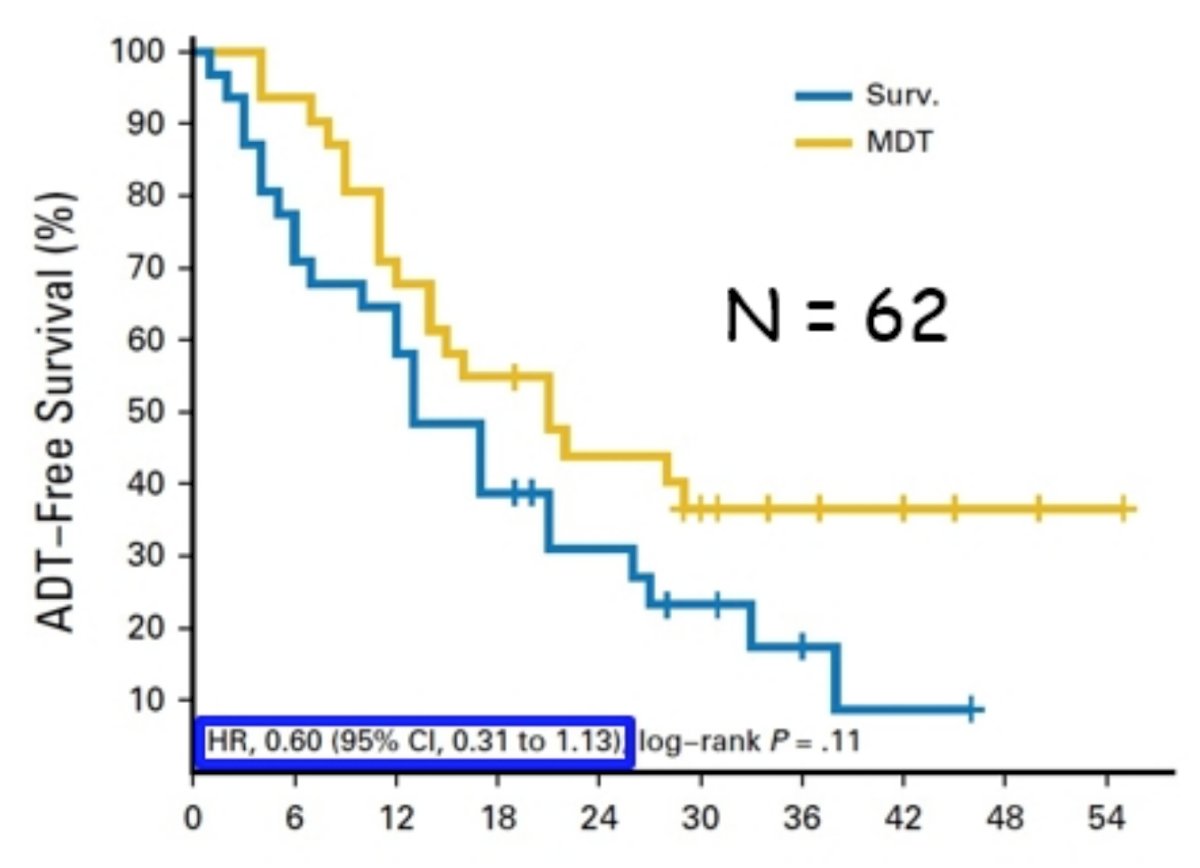 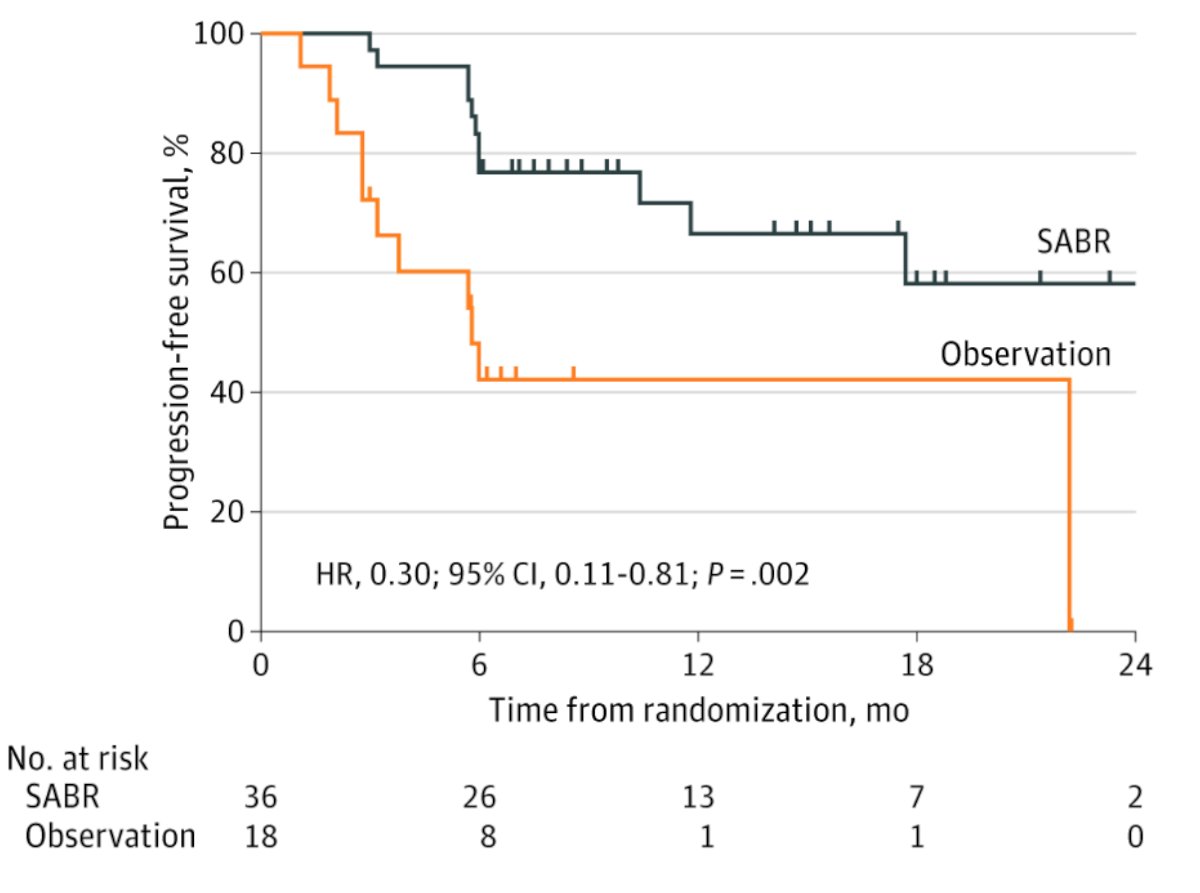 For those patients in the stereotactic body radiotherapy arm that had a PSMA PET-CT scan, the proportion of men with disease progression at 6 months was 5% in those who did not have any untreated lesions, compared to 38% in those who did have some untreated PSMA avid lesions (p=0.03).