(UroToday.com) The results from STAMPEDE Arm G comparing standard of care (SOC) to SOC plus the addition of abiraterone acetate in men with hormone-sensitive locally advanced or metastatic prostate cancer were initially presented and published in 2017. This data showed an overall survival benefit for the SOC + abiraterone arm. Subsequent analyses of this cohort have focused on the metastatic (M1) population alone and examined clinical outcomes in patients when stratified by risk criteria as defined by the LATITUDE and CHAARTED studies. Within M1 patients, the benefit of the addition to abiraterone acetate was confirmed in both low and high-risk patients by LATITUDE criteria (at least 2 of 3+ bone mets, visceral mets or Gleason score 8+).

In this presentation, Dr. James presented the results of planned long term follow-up of M1 patients in STAMPEDE Arm G. Data lock was on April 3, 2020, and included 1003 patients with M1 disease and a median follow-up of 6.1 years. Remarkably, of the 501 patients treated at baseline with abiraterone, 125 patients continued on abiraterone. Patient characteristics from the two arms of the study are shown below. 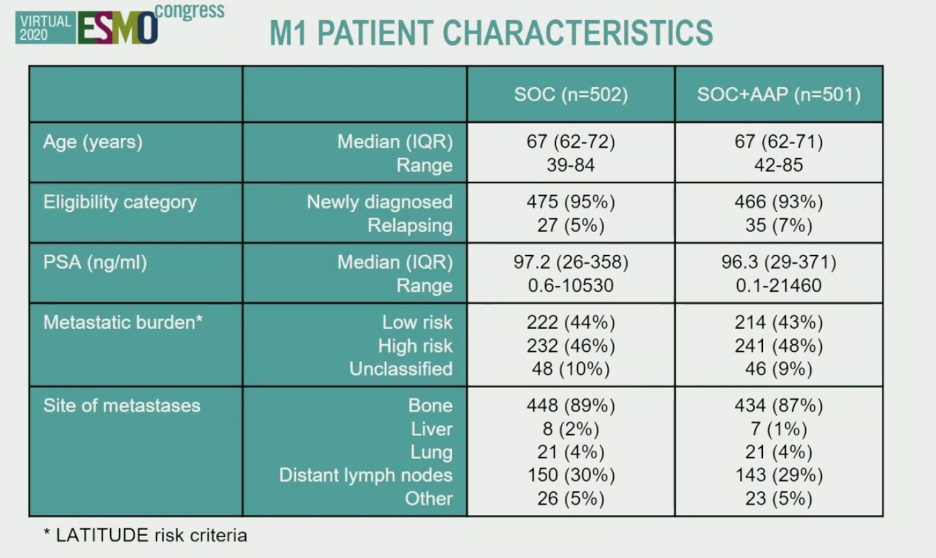 Updated overall survival analysis showed consistent benefit for the addition of abiraterone to standard of care in M1 prostate cancer patients. The survival curves separated early in follow-up and have continued to remain apart over follow-up. 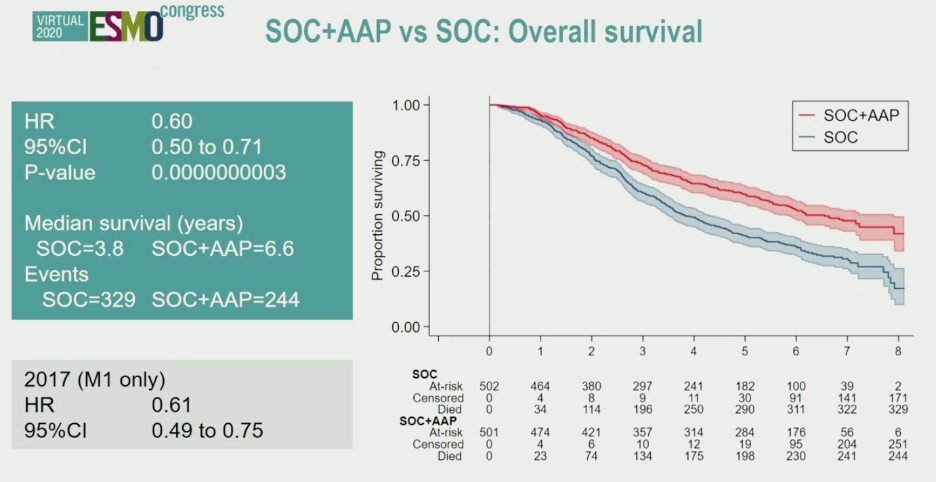 Similar trends were observed for failure free-survival, and when patients were stratified by LATITUDE risk criteria or CHAARTED disease burden criteria, supporting abiraterone benefit when added to SOC across all M1 patients. 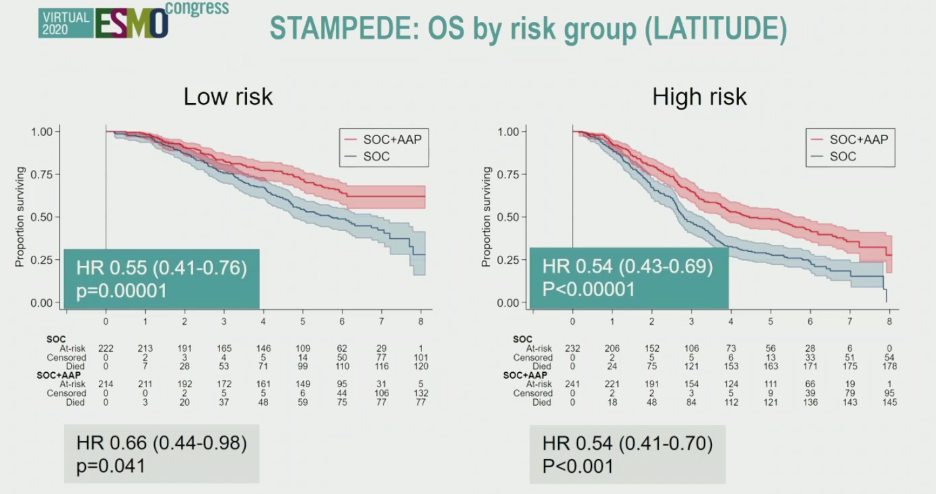 The benefit of abiraterone was also evident from longer-term follow-up of skeletal-related events. 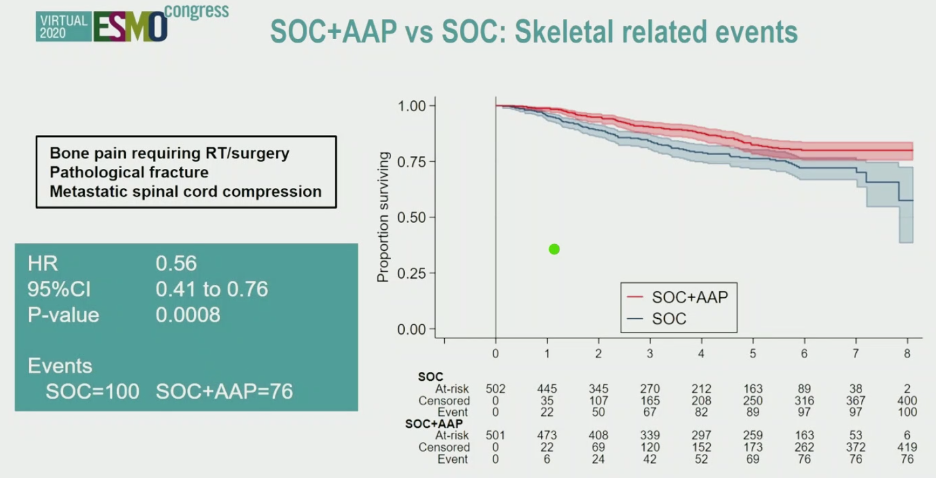 Importantly, the toxicity profiles with longer-term follow-up did not markedly change. Fewer patients were analyzed at the 4-year toxicity timepoint as patients who sustained events were censored from this analysis.

Numbers are censored at the time of progression, so less patients in the toxicity at 4 years profile

In conclusion, at a median of 6.1 years of follow-up, the addition of abiraterone acetate to standard of care therapy for men with metastatic hormone-sensitive prostate cancer (mostly de novo metastatic disease) confers a survival benefit irrespective of risk status, including LATITUDE high and low-risk patients and CHAARTED high-and low-volume metastatic disease burden. The benefit of abiraterone extends to failure free survival and skeletal related events, with no evident new toxicity with long term follow-up reported. Information regarding bone health (such as development of osteoporosis) with long term therapy will be forthcoming.

Related Content:
Quality of Life in the Treatment of mHSPC: The STAMPEDE Trial - Hannah Rush

ASCO GU 2020: Comparative Quality of Life in Patients Randomized Contemporaneously to Docetaxel or Abiraterone In the STAMPEDE Trial