(UroToday.com) Dr. Laurence Albiges provided a discussion of two clinical studies, one from the COSMIC-021 trial examining combination cabozantinib and atezolizumab in untreated metastatic clear cell renal cell carcinoma, and the other an RNA expression biomarker-driven trial of tyrosine kinase inhibitor versus nivolumab monotherapy versus nivolumab and ipilimumab.

She began by summarizing the COSMIC-021 data, which showed ORR rates of 53 and 58% respectively in response to cabozantinib 40 mg of 60 mg in combination with atezolizumab. 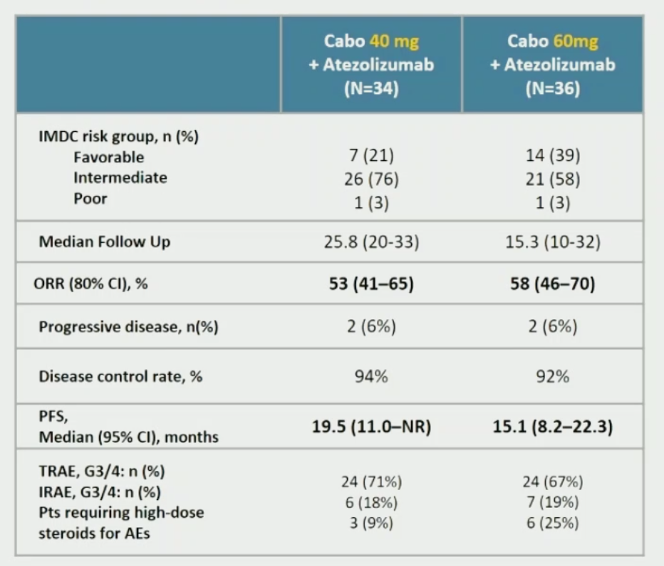 Dr. Albiges then posed many questions surrounding this combination therapy. 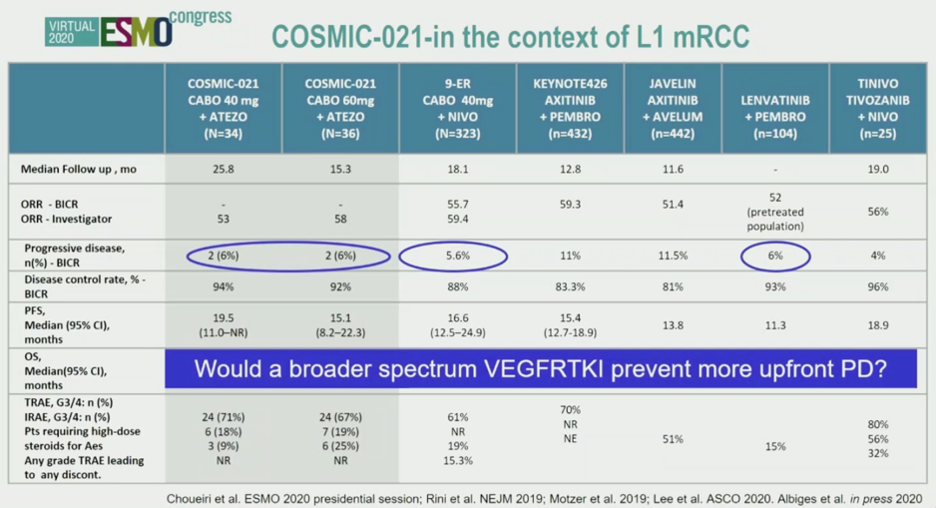 Finally, Dr. Albiges reviewed the biomarker data from this trial suggesting that PD-L1+ tumors with high CD8+ Tcell numbers were more likely to respond to therapy.

She concluded by saying that COSMIC-021 shows the combination of cabozantinib is active with atezolizumab in first-line untreated mccRCC, with molecular subtypes that are enriched for responders. Further work is required to understand whether cabozantinib is the optimal TKI for use with immunotherapy combinations, and safety is likely to be one consideration when choosing treatment options.

Dr. Albiges then discussed the BIONIKK phase 2 biomarker-driven trial building on prior transcriptomic signatures to assess if certain populations could be identified that are enriched for response to various therapies. She postulated that perhaps a more interesting arm for the immune-low population could have been a combination TKI and immune checkpoint blockade but was otherwise complimentary of the study design.

She concluded with the following slide: