Immune gene expression profiling in UC has the potential to identify patients whose tumors are more likely to respond to anti–PD-1/PD-L1 treatment3,4. Several factors have been shown to be associated with resistance to anti–PD-1/PD-L1 treatment in advanced UC5. These include stromal tumor microenvironment, epithelial to mesenchymal transition (EMT), and transforming growth factor-beta (TGF-β) gene expression signatures.

The objective of the presented study was to determine the association of T-cell–inflamed GEP and stromal signatures with outcomes in patients treated with pembrolizumab monotherapy in an exploratory analysis of advanced UC patients from the KEYNOTE-045 trial (NCT02256436).

Table 1 - Association Between T-Cell–Inflamed GEP/Stromal Signature and Clinical Outcomes in Each Treatment Group: 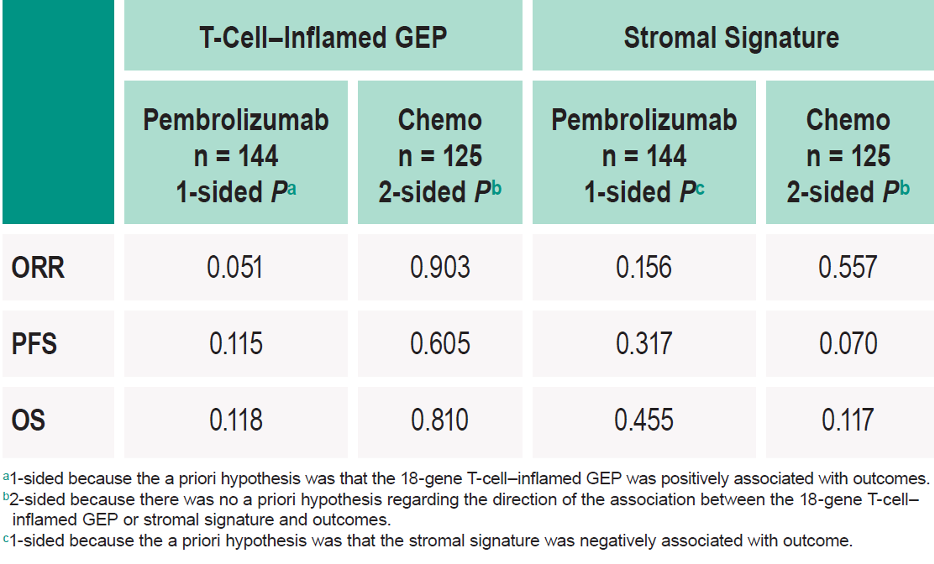 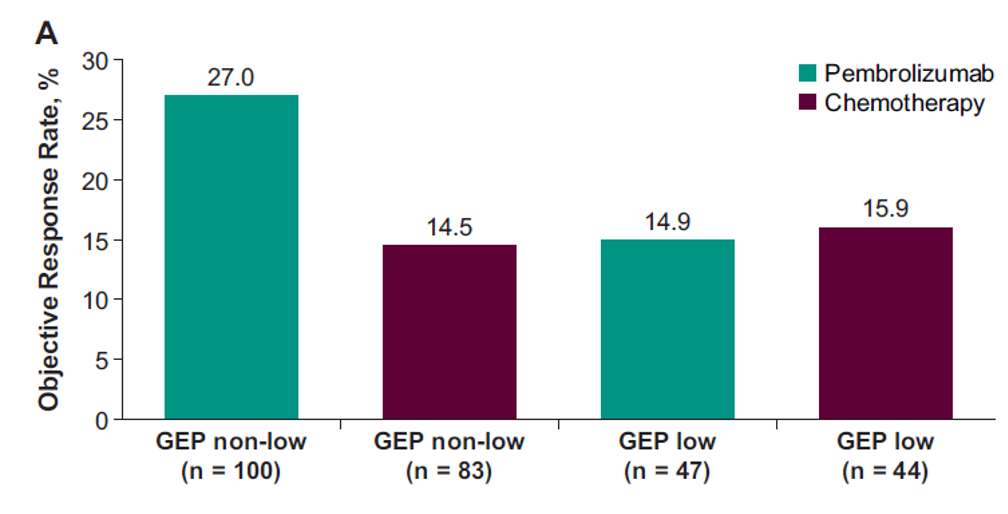 Figure 2 – Clinical Utility of the Prespecified T-Cell–Inflamed GEP Cutoff for PFS and OS: 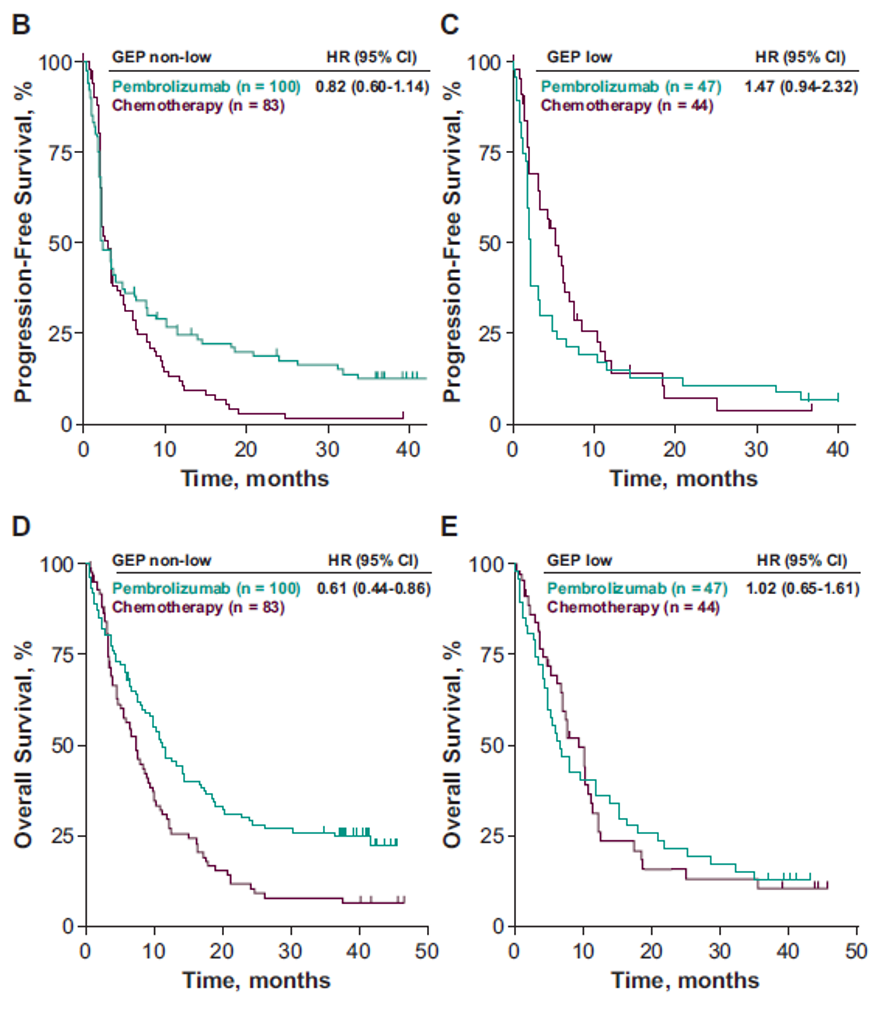 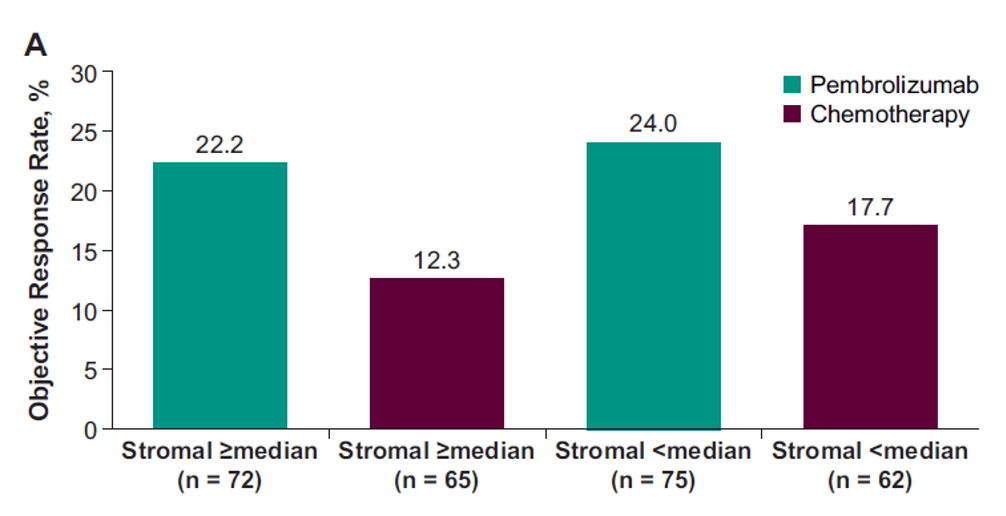 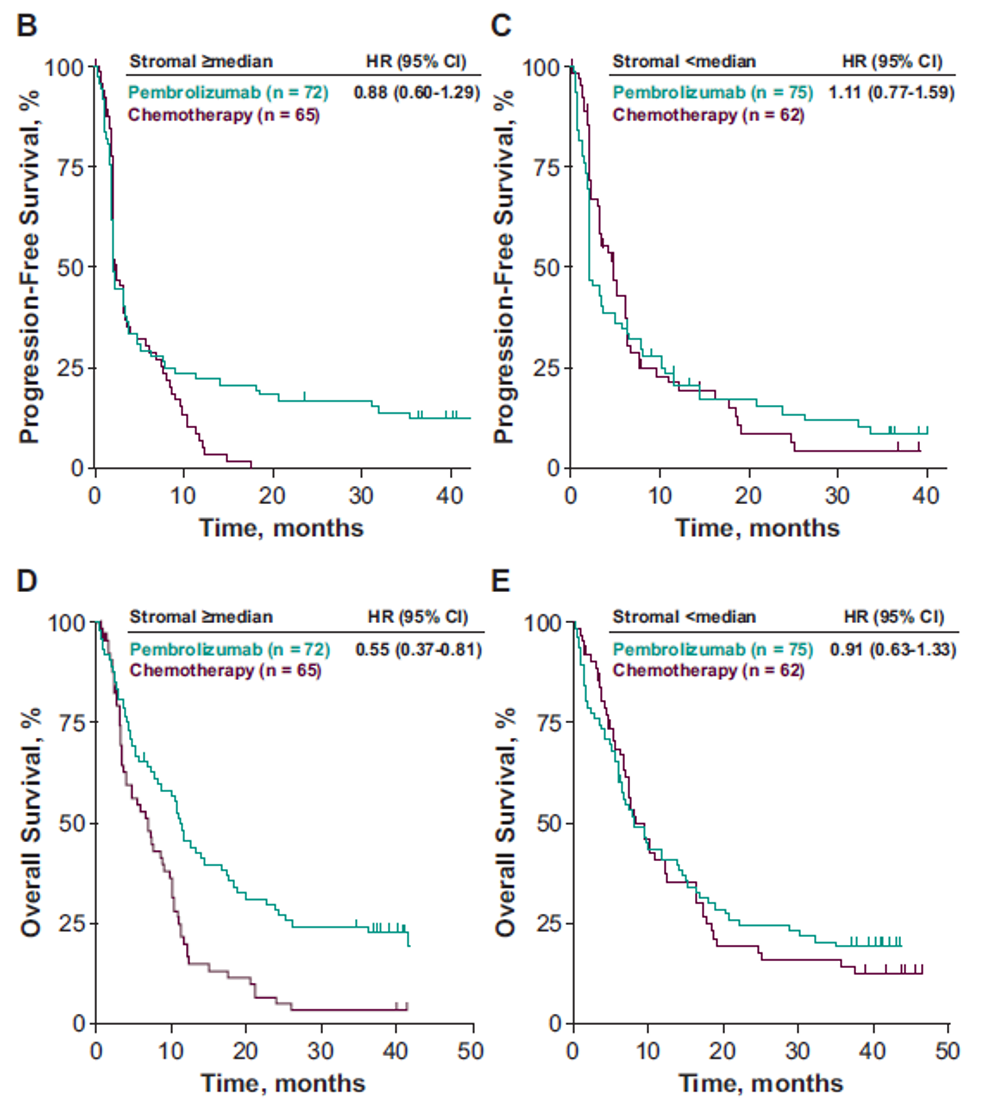 Presented by: Dr. Petros Grivas, Associate Professor and the Clinical Director of the Genitourinary Cancers Program at the University of Washington, and an Associate Member of the Clinical Research Division at the Fred Hutchinson Cancer Research Center, Seattle, Washington, United States of America