Barcelona, Spain (UroToday.com) In pretreated metastatic renal cell carcinoma (RCC), single agent checkpoint blockade immunotherapy with the PD-1 antibody nivolumab is associated with a response rate of 25% and improvement in overall survival relative to everolimus.1 In the frontline setting, combination immunotherapy consisting of the CTLA-4 antibody ipilimumab (1 mg/kg) with nivolumab (3 mg/kg) is associated with a response rate of 42% and improved survival relative to sunitinib for patients with intermediate or poor risk disease.2 However, combination checkpoint blockade is associated with a relatively high degree of toxicity, with 46% of patients experiencing a grade ≥3 adverse event compared to just 19% with nivolumab monotherapy. In an effort to spare toxicity, investigators carried out TRITON-RCC, a phase II trial of nivolumab in international metastatic RCC database (IMDC) intermediate-high risk mRCC with per-protocol ipilimumab “boosts” for patients who fail to achieve an up-front response to nivolumab.

Professor Grimm presented on the safety and efficacy data from TRITON-RCC for both the first-line cohort as well as the second-line cohort. Eligible patients were required to have a clear cell component histologically and have adequate performance status. All patients – both first-line treatment-naïve and second-line tyrosine ,kinase inhibitor-refractory – were treated initially with nivolumab monotherapy (240mg every 2 weeks. After 16 weeks, patients were evaluated for response; those achieving a partial or complete response were continued on nivolumab maintenance, but those patients only achieving stable disease or those with progression of their disease despite nivolumab were assigned to combination ipilimumab (1 mg/kg) plus nivolumab (3 mg/kg) “boosts” for 2-4 cycles depending upon response. The primary endpoint in each cohort was overall response rate, and key secondary endpoints were progression-free and overall survival as well as safety. 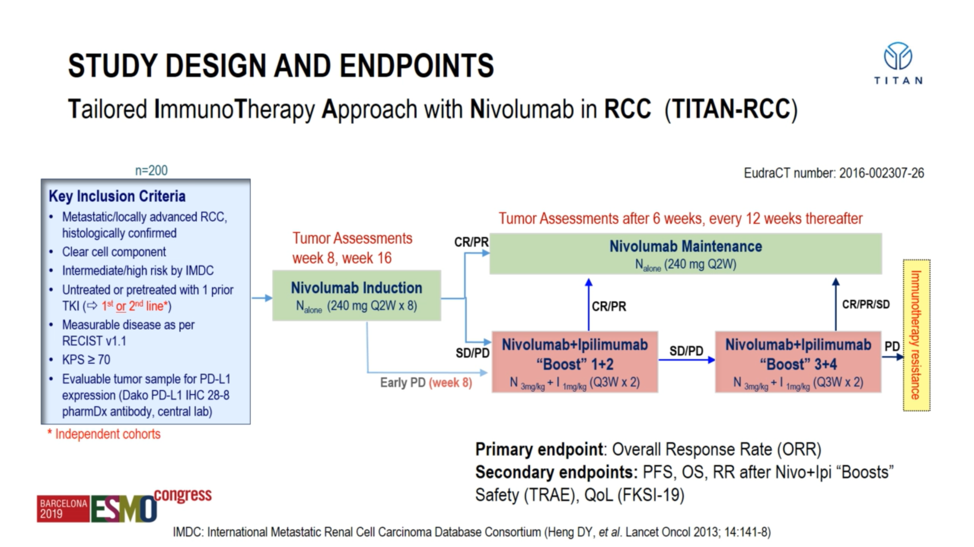 A total of 207 patients were treated on this protocol -108 in the first-line setting, and 99 in the TKI-refractory setting. At a median age of approximately 65 and an approximately 70% male predominance, the patients were well-balanced across both cohorts. However, it should be noted that PD-L1 expression was numerically higher in the first-line cohort at 40.8% relative to 22.8% in the second-line cohort. 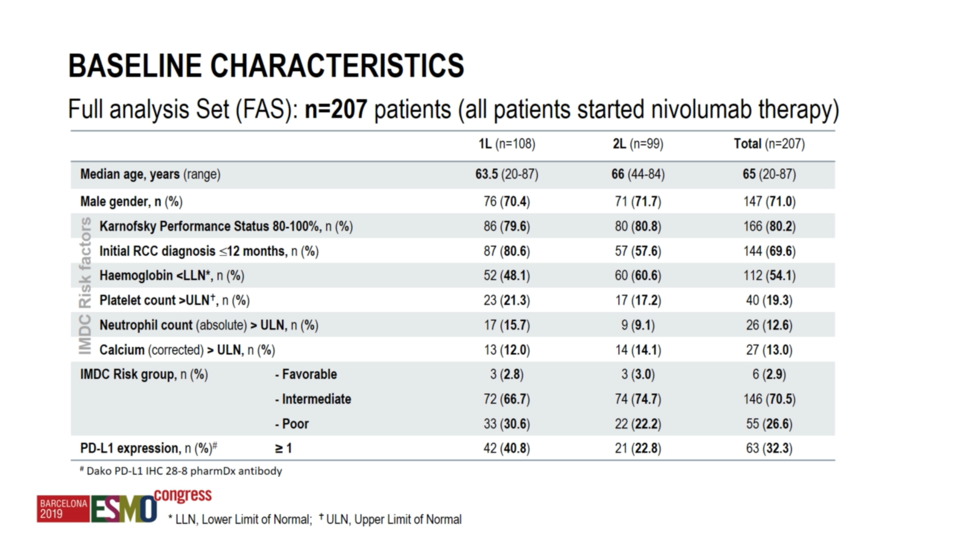 At a median follow-up of 36.2 weeks, the study met its primary endpoint in the first-line cohort, with the objective response rate with ipilimumab plus nivolumab of 37.0%, statistically greater than the prespecified 25% null hypothesis response rate. However, the trial did not meet the primary endpoint in the second-line cohort, where ipilimumab plus nivolumab achieved a numerically higher but not statistically significant increase in response rate at 28.3%. In total, 64.3% of patients received at least 1 “boost” cycle. Importantly, as the investigators acknowledge, late responses to nivolumab monotherapy after 16 weeks could not be recorded, and it is, therefore, possible that the nivolumab monotherapy response rate may have been underestimated. 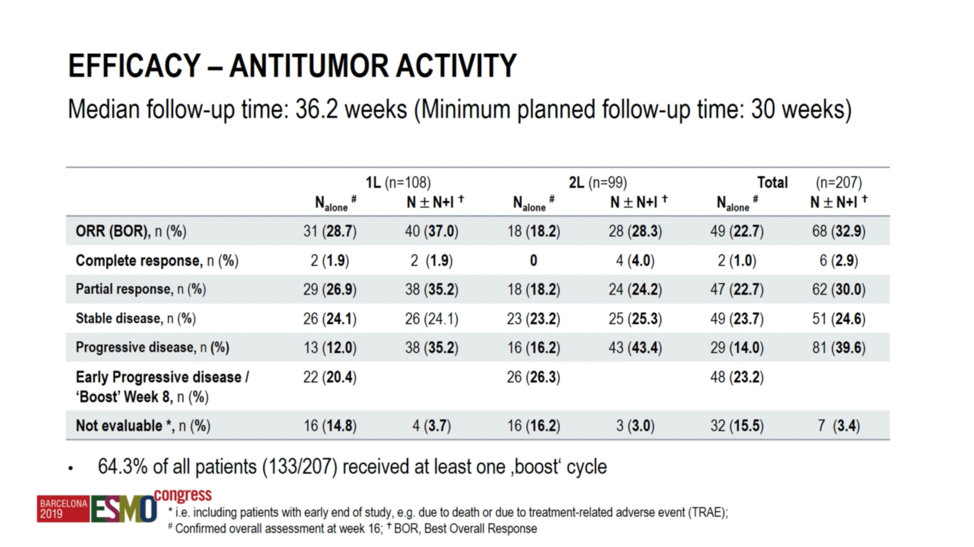 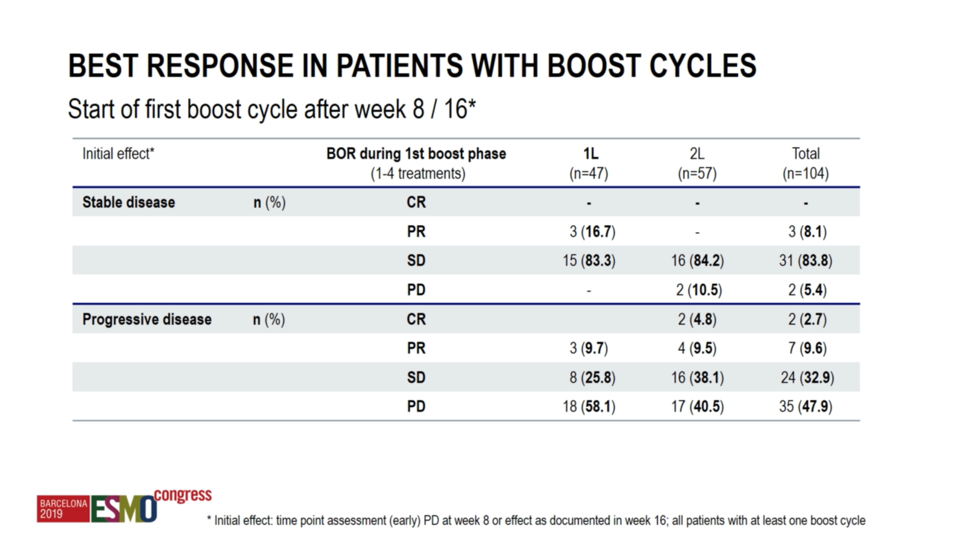 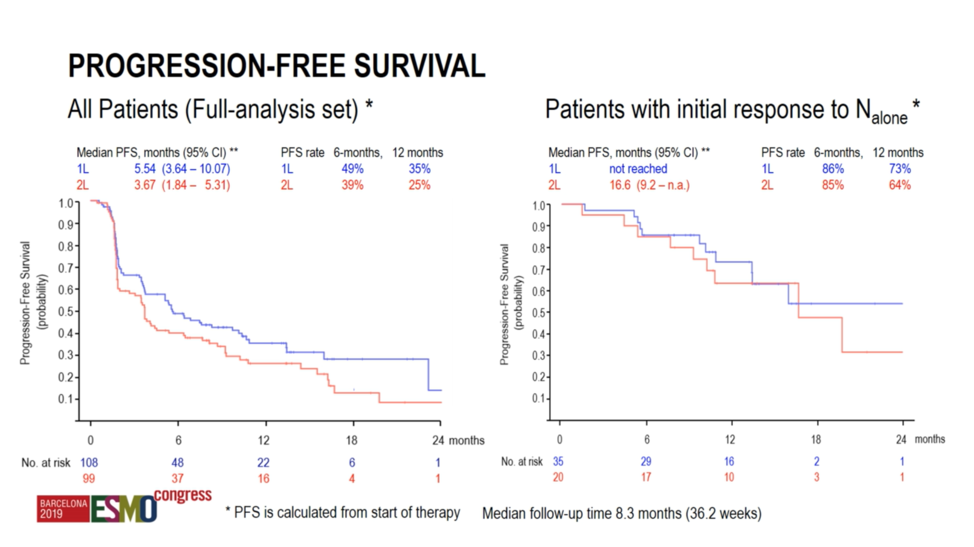 With regard to safety, grade ≥3 adverse events occurred in 28.8% of the first-line cohort, including two grade 5 events. While these treatment-related deaths are of concern, the overall rate of serious adverse events is numerically lower than what had been reported previously with combination immunotherapy in the first-line setting.2 It must, however, be acknowledged that these two trials may not be compared directly. No new safety signals were observed relative to the known toxicity profile for ipilimumab plus nivolumab. 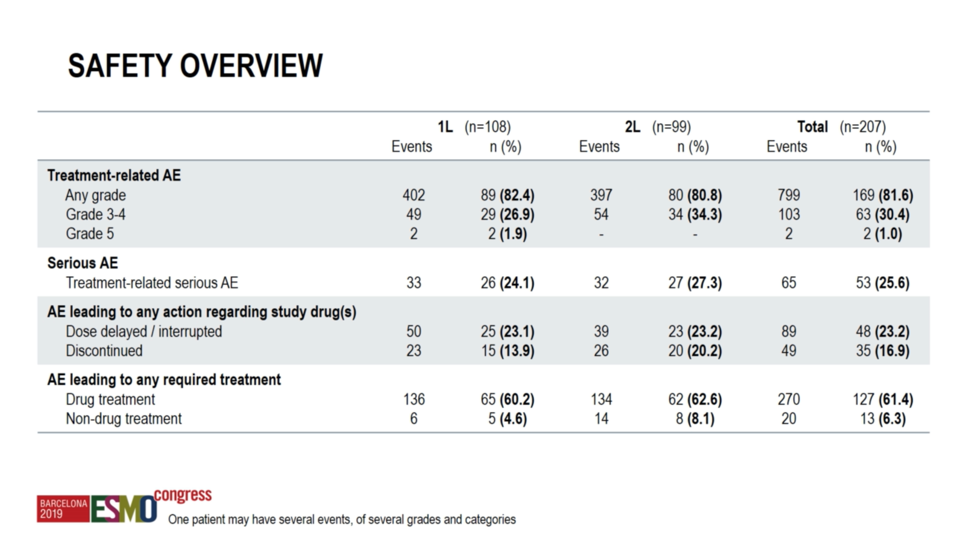 In summary, TITAN-RCC investigated the feasibility of using a tailored response-based combination ipilimumab plus nivolumab “boost” to salvage patients without an initial response to nivolumab monotherapy. Investigators report response rates in line with historical data and numerically lower rates of serious adverse events, perhaps indicating that a subset of patients were spared unnecessary toxicity of ipilimumab. Future studies are needed to validate this hypothesis.