Munich, Germany (UroToday.com) Radiation to the primary tumor in the setting of metastatic castration sensitive prostate cancer (mCSPC) is controversial. A large retrospective population-based study (SEER) found that five-year overall survival might be improved if local therapy is administered (radical prostatectomy or brachytherapy) compared with no local surgery at all.1 Another retrospective study using a different American database (NCDB) saw improvement in overall survival when mCSPC were treated with prostate radiotherapy (RT).2

These results were replicated using a European database (Munich Cancer Registry), which found that undergoing RP was independently associated with decreased cancer-specific mortality3. In a small non-randomized feasibility study, 23 patients with mCSPC received cytoreductive radical prostatectomy, and compared with the control group, had improved time to castration-resistant disease and cancer-specific survival rates (95.6% vs 84.2%, p=0.043), but no difference in overall survival4. This study seeks to answer that question using one of the arms of STAMPEDE.

In this arm of STAMPEDE, men with newly diagnosed metastatic prostate cancer were randomly assigned to either ADT +/- docetaxel or ADT +/- docetaxel + prostate radiotherapy in a 1:1 ratio. Two different RT regimens were allowed. Patients were stratified based on age, nodal status, performance status, and docetaxel use.

The investigators believed that local radiation in the metastatic setting would be more beneficial to patients with low volume disease than high volume disease and thus pre-specified those cohorts as well. This study accrued rapidly, with around 1000 patients in each arm. Baseline characteristics were well balanced. 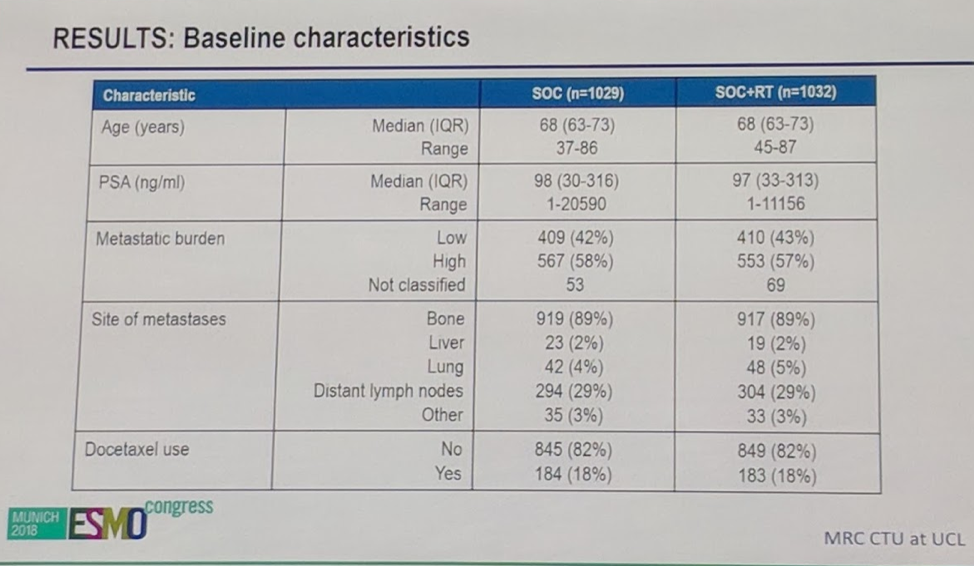 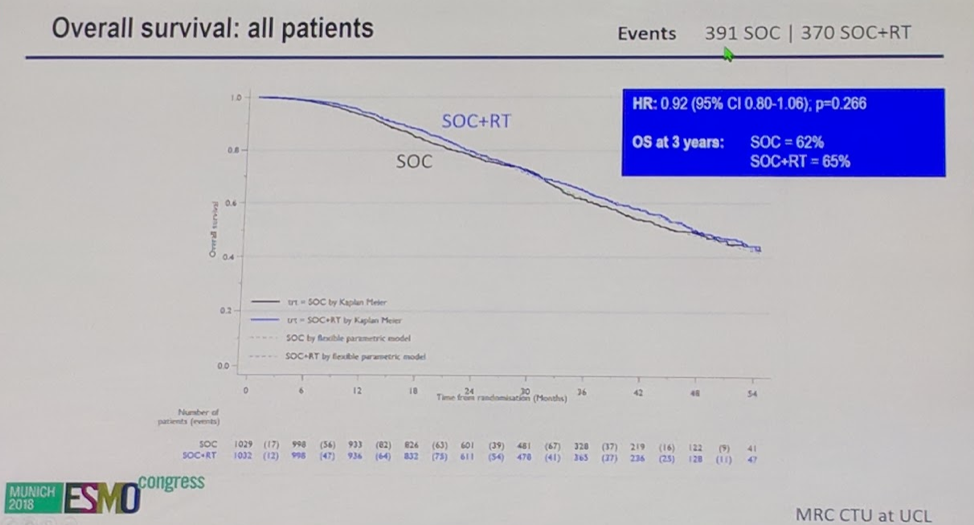 Subgroup analysis of overall survival by radiation regimen did not demonstrate any difference either. However, subgroup analysis by disease burden did show a difference as the investigators had hypothesized. Patients with low burden disease had a hazard ratio of 0.68, with a 3-year overall survival of 73% in the standard of care arm, compared with 81% of patients receiving SOC + radiation. 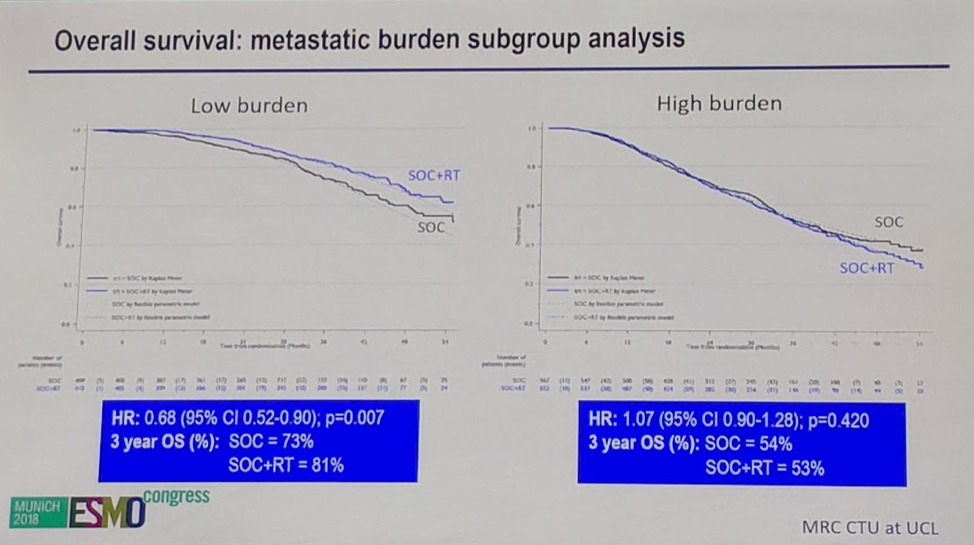 Radiation was well tolerated and there were no significant differences in symptomatic local events in SOC or SOC + radiation. Interestingly, the point estimates of benefit for radiation were almost identical to that of HORRAD5, an almost identical, smaller trial of radiation for patients with metastatic prostate cancer. In HORRAD, there was no significant difference in overall survival but trended towards benefit with radiation. Here, with a larger sample size, we see the benefit exists for low volume patients. 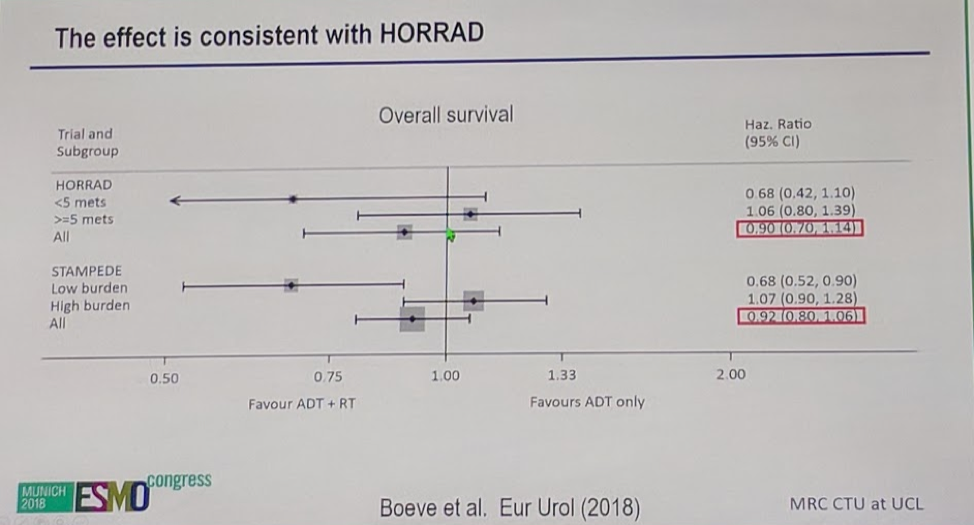 Additional questions brought up by the discussant include: