(UroToday.com) At the Oligometastatic Disease in Genitourinary Cancers session at the 2020 virtual meeting of the European Multidisciplinary Congress on Urological Cancers, Dr. Henk van der Poel discussed important definitions and disease biology. The argument of contiguous versus systemic disease spread dates back to Halsted who suggested that breast cancer is a disease that spreads in an orderly and typically contiguous manner: from the breast to the lymph nodes and then to other distant metastatic sites. However, Fisher suggested that breast cancer is considered a systemic disease at the time of diagnosis. From a urologic perspective, cases of metastasectomy for kidney cancer date back to 1939; a recent systematic review of surgical metastasectomy for patients with renal cell carcinoma suggests that complete resection of disease is associated with 7% long-term survival.1

In survey data presented by Dr. van der Poel, 69% of respondents note that oligometastatic prostate cancer represents a distinct biological state in comparison to polymetastatic disease. So, whether there is a utility in detecting and treating patients with oligometastatic lymph node metastasis is intriguing. Dr. van der Poel notes that based on several studies spanning prostate, bladder, and kidney cancer, for early metastases there is no associated benefit to lymph node dissection from stopping further spread of disease. 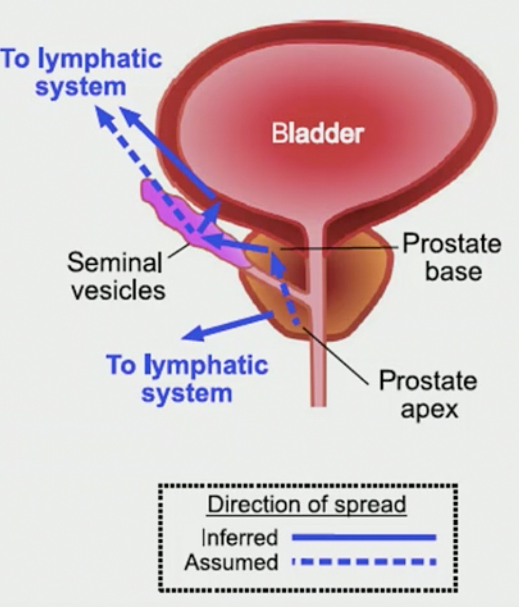 To understand the dynamics of metastasis development, Dr. van der Poel states that it is interesting to look at the Allee effect: at a low number of metastasizing cells, resources are scarce and tumor growth is low. When vascular invasion increases in the metastases, tumor cell proliferation rapidly increases until it is so overwhelming that cancer cell death occurs in the center of the tumor, sending clusters of cells from the tumor throughout the body and supporting the hypothesis that metastasis may develop from existing metastatic sites. The Allee effect suggests that in early development of low volume metastasis, surgical resection may still be effective: 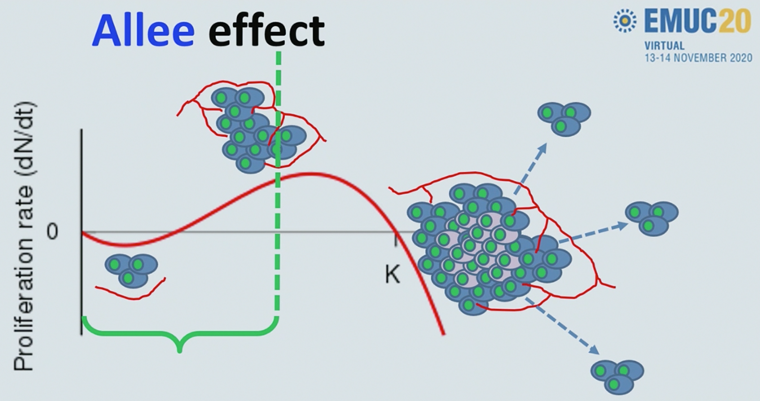 An important question is whether we can ascertain an optimal window in which surgical resection or radiotherapy to a metastatic site is clinically useful. In a squamous cell carcinoma setting, a polyclonal model of metastatic dissemination has been proposed, whereby distinct clones were seen in metastatic sites showing a pattern of intimate intermixing, and as such prevention of intermixing may improve outcomes.

According to the National Institute of Health, oligometastases is defined as “a type of metastasis in which cancer cells from the original (primary) tumor travel through the body and form a small number of new tumors (metastatic tumors) in one or two other parts of the body. These types of tumors may be treatable.” However, Dr. van der Poel notes that in current metastasis directed therapy trials, there is significant heterogeneity among inclusion criteria for the number of metastases, ranging from <3-10 metastatic lesions. When dealing with patients with oligometastatic disease it is important to consider prognostic factors available when selecting those that may benefit from treatment: