(UroToday.com) In an oral presentation in the New Trials Update session at the 12th European Multidisciplinary Congress on Urological Cancers (EMUC), Dr. Karim Fizazi presented a discussion of the results of PROfound Study, Study of Olaparib (Lynparza™) Versus Enzalutamide or Abiraterone Acetate in Men With Metastatic Castration-Resistant Prostate Cancer (PROfound), examining the role of olaparib among patients with metastatic castration-resistant prostate cancer (mCRPC) and DNA defect repair (DDR) mutations.

He began by highlighting the rationale for the use of PARP inhibitors (such as olaparib) in this disease space based on BRCA-related synthetic lethality with poly ADP ribose polymerase (PARP) inhibition. 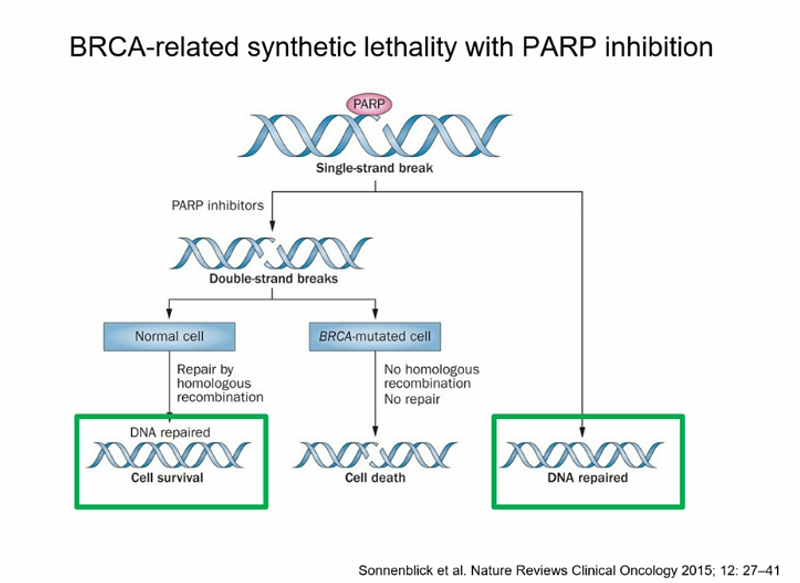 This is particularly relevant in advanced prostate cancer given data from Drs. Pritchard, Robinson, and colleagues demonstrating the prevalence of both germline and somatic DNA repair mutations. However, Dr. Fizazi emphasized that DNA repair defects in the context of mCRPC are not restricted to young men or those with a family history with a relative preponderance of somatic mutations compared to germline.

Notably, the efficacy of existing systemic therapies appears independent of DNA damage repair status, with Dr. Fizazi highlighting recent data presented at ESMO 2020 which showed comparable responses to cabazitaxel among those with DDR mutations and without.

The rationale for olaparib in this disease space came from work from Dr. Mateo who demonstrated that the response to olaparib was dependent upon the presence of DDR mutations.

The authors used biomarker-driven stratification to derive two study cohorts: Cohort A had alterations in BRCA1, BRCA2, or ATM while Cohort B had alterations in any of the other 15 included genes. In both cohorts, patients were randomized 2:1 to Olaparib vs. abiraterone or enzalutamide. Within each biomarker strata, randomization was stratified based on prior taxane use and measurable disease burden (according to RESIST 1.1 criteria). 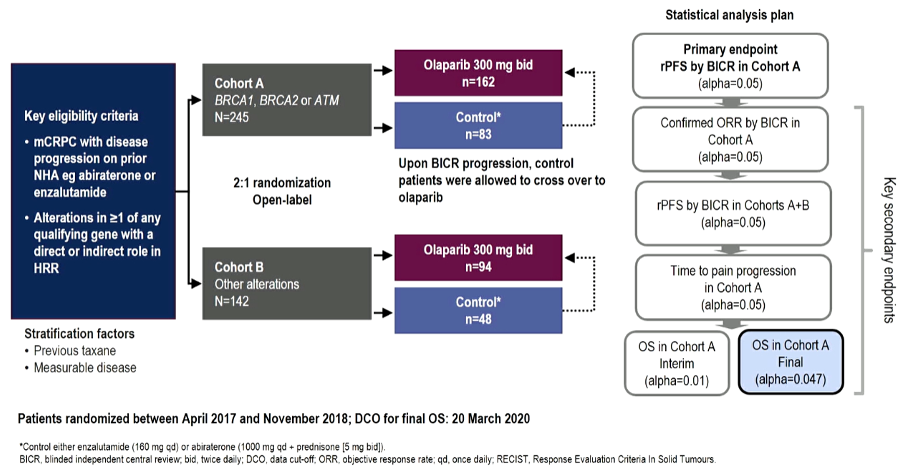 Dr. Fizazi then highlighted the toxicity profile of this approach, including rates of anemia, nausea, diarrhea, and fatigue which were higher in the olaparib arm. However, he emphasized that these differences should be interpreted in the context of nearly twice as long therapy in the olaparib arm. 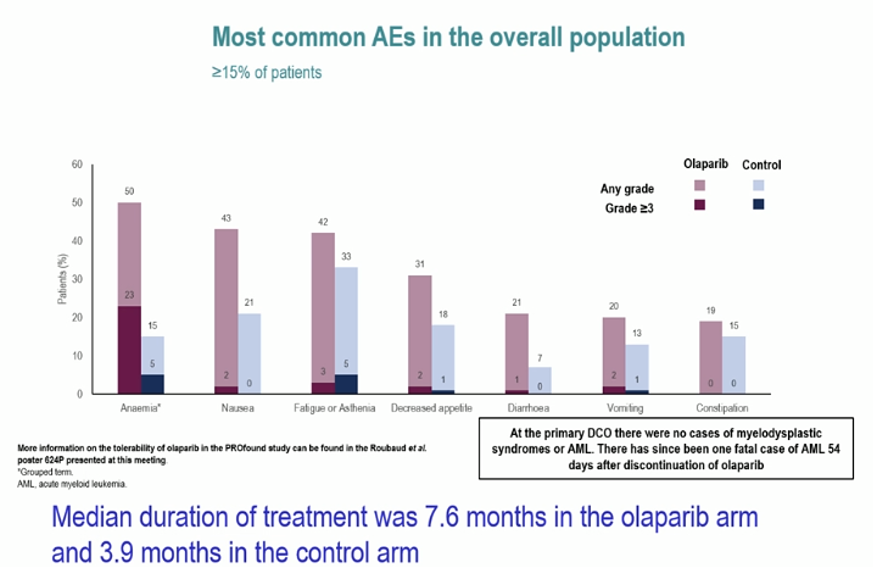 He concluded by highlighting that this study represents the first positive biomarker-selected trial in prostate cancer. These data have led to the approval of olaparib in this disease space but also have highlighted an urgent need for more widespread DDR testing.

The Role of FoundationOne® Liquid CDx in mCRPC - Oliver Sartor