The aim of this study was to compare the PRECISE score with clinical progression in men who are managed using an MRI-led active surveillance protocol.

For this study, men on active surveillance for low or intermediate risk prostate cancer who had had two or more MRI scans between April 2006 and September 2017 were included (n=150). A total of 535 scans from these men were re-reported by a dedicated radiologist to give a PI-RADS v2 score for each scan, measurement of all lesions, and a PRECISE score for the likelihood of radiological progression. Clinical progression was defined by histological progression to ≥ Gleason Grade Group 3 and/or initiation of active treatment. Subsequently, the tumor growth rate between serial scans was calculated. 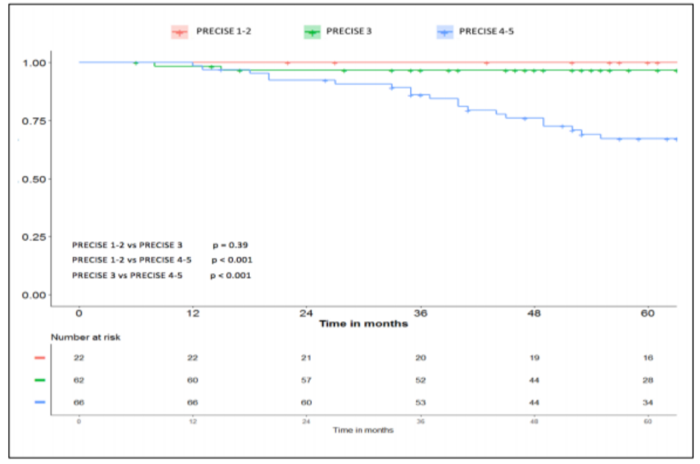 Fifty-six men (37%) had a visible lesion on all scans, and their tumor growth rate by planimetry was higher with higher PRECISE scores (all p<0.05). The authors note that limitations of their study include the fact that serial biopsies were not routinely performed and that the biopsy approach varied (standard vs targeted), thus potentially introducing heterogeneity into the results. Perhaps with increased sample size, there may be utility in stratifying PRECISE score 4 and 5 separately.

Dr. Giganti’s conclusions from this study are as follows: