In the phase three TITAN study, it was shown that apalutamide plus ADT significantly improved overall survival, radiographic progression-free survival, and time to prostate-specific antigen progression in a broad population of patients who had metastatic hormone-sensitive prostate cancer.1

This presentation is a post hoc analysis of the TITAN study that evaluated PSA declines in associations with clinical outcomes.

The study design of TITAN is shown in Figure 1. The TITAN study demonstrated that the rates of both radiographic progression-free survival and overall survival were significantly improved in patients treated with apalutamide plus ADT versus those treated with placebo plus ADT (Figure 2). 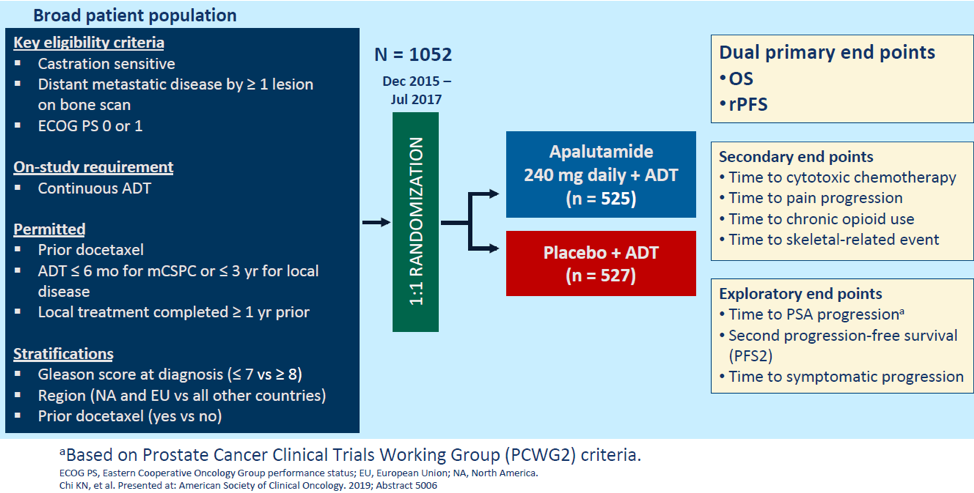 Table 1 Demonstrates the depth of PSA response that was superior with apalutamide compared to that with placebo.

Table 1- Depth of PSA response with apalutamide compared to placebo:

Importantly, more patients in the apalutamide group compared to the placebo group achieved PSA responses over time, as can be seen in Table 2.

Table 2 – PSA responses over time in the TITAN study: 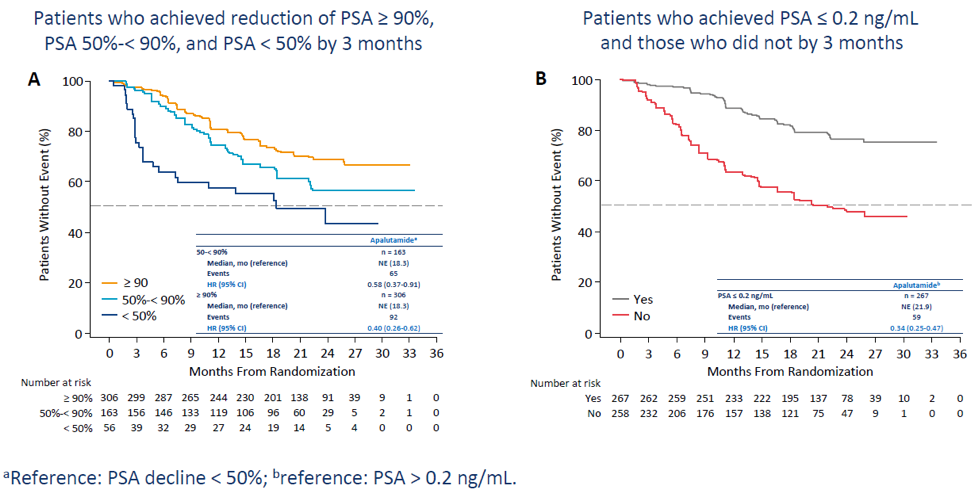 In conclusion, treatment with apalutamide plus ADT demonstrated a robust response in serum PSA levels that were sustained over time in this unique population of patients with metastatic hormone-sensitive prostate cancer. The magnitude and depth of PSA response were associated with a significant extension and improvement of overall survival and a significant reduction and delay in radiographic progression-free survival, and the development of castration resistance. Lastly, the deep and rapid PSA response that was shown in patients treated with apalutamide plus ADT, as early as three months, was associated with significantly improved long term clinical outcomes indicating a prognostic impact.