Dr. Jia started her presentation with a case presentation of a 65-year-old male who presented with a rising PSA: 5.3 (September 2016), 7.0 (September 2017), and 7.2 (February 2018). His digital rectal exam was negative and his MRI did not have evidence of extraprostatic extension or seminal vesical involvement. An MRI guided prostate biopsy noted Gleason 4+4=8 in 6 out of 12 cores, with 3/3 MRI targeted cores positive. In April 2018, he underwent a radical prostatectomy and bilateral pelvic lymph node dissection, pathology revealing Gleason 3+4=7 (tertiary pattern 5), pT3a, pN0 (0/5 lymph nodes), cM0, R1 (bladder neck margin >10 mm in length). In June 2018, his PSA was 0.77 ng/mL (his first post-op PSA), and in July 2018 it was confirmed at 0.9 ng/mL. At that point in time, he had one injection of Lupron and in August 2018 he underwent salvage radiotherapy with 45 Gy to the whole pelvis followed by 25 Gy cone down to the prostate bed. Although his PSA decreased post-salvage radiotherapy to 0.5 in January 2019, his PSA started to increase thereafter: 1.4 (July 2020), 2.3 (November 2020), 3.1 (February 2021), and 3.8 (April 2021). In March 2021, he underwent an Axumin PET-CT scan, which showed no suspicious radiotracer activity in the prostate bed or distant metastasis, however, two para-aortic lymph nodes demonstrated a low degree of radiotracer activity, suspicious for metastatic involvement. This was deemed oligorecurrent metastatic prostate cancer: 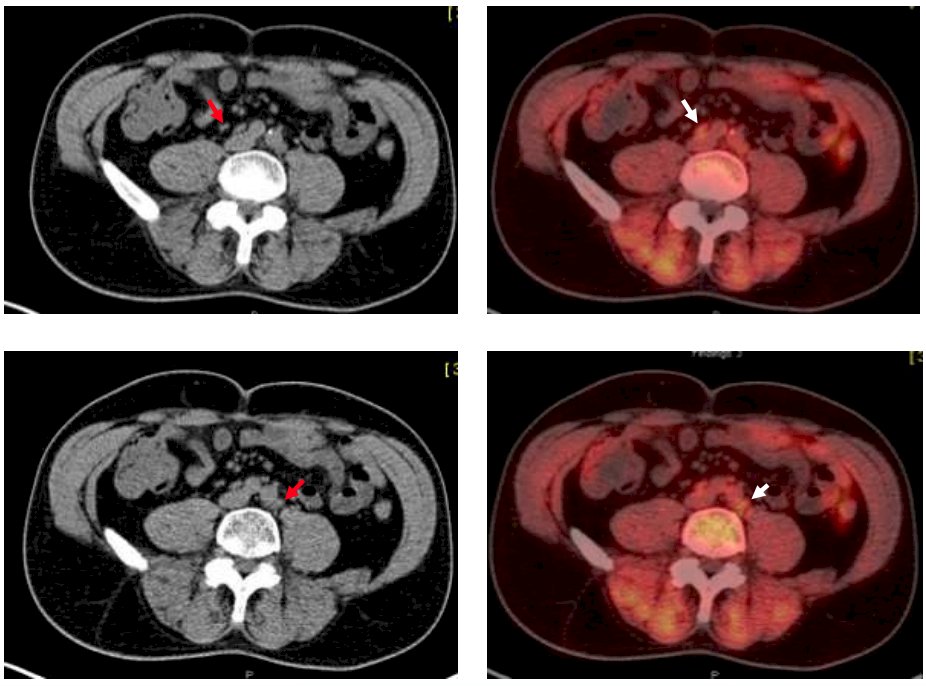 Currently, there are several questions that remain to be answered in this disease space, as emphasized by Dr. Jia: 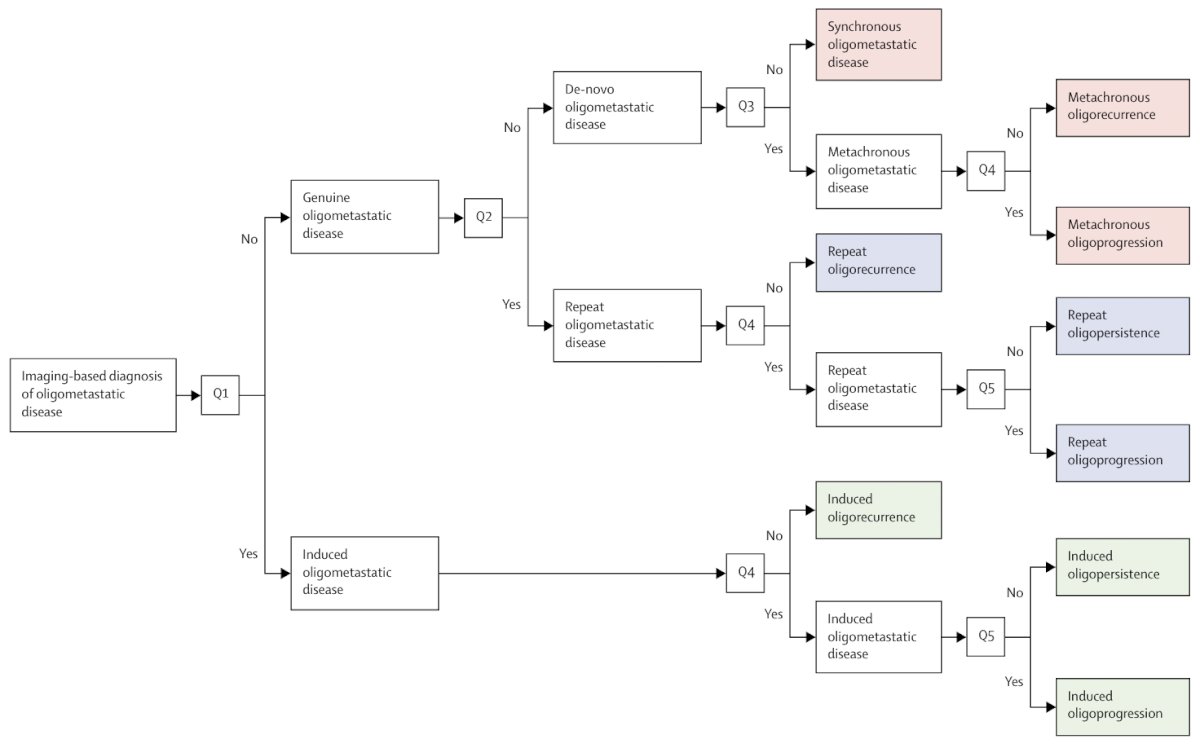 Based on this decision tree, there are several important questions (as highlighted in the above figure):

Q3: Has oligometastatic disease been first diagnosed more than 6 months after the primary cancer diagnosis?

Q4: Is the patient under active systemic therapy at the time of oligometastatic disease diagnosis?

Q5: Are any oligometastatic lesions progressive on current imaging? 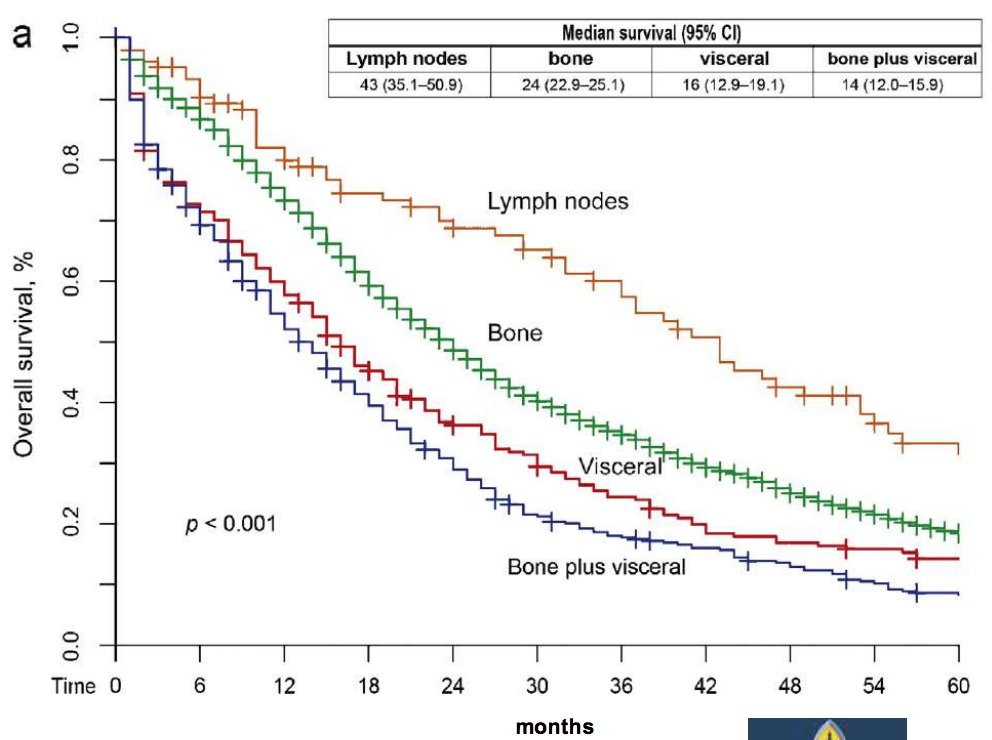 The current phase II data supporting the use of metastasis-directed therapy, are small studies including STOMP (n=62), ORIOLE (n=54), OLIGOPELVIS (n=67), and PSMA MRgRT (n=37). Based on the ORIOLE3 and PSMA MRgRT studies, there is some data predicting progression after metastasis-directed therapy. In ORIOLE, progression at 6 months was 38% for untreated PSMA-PET avid lesions compared to 5% for no untreated lesions. In PSMA MRgRT, 14 of 37 patients achieved complete metabolic response and 7 of 8 biochemical NED patients had complete metabolic response. 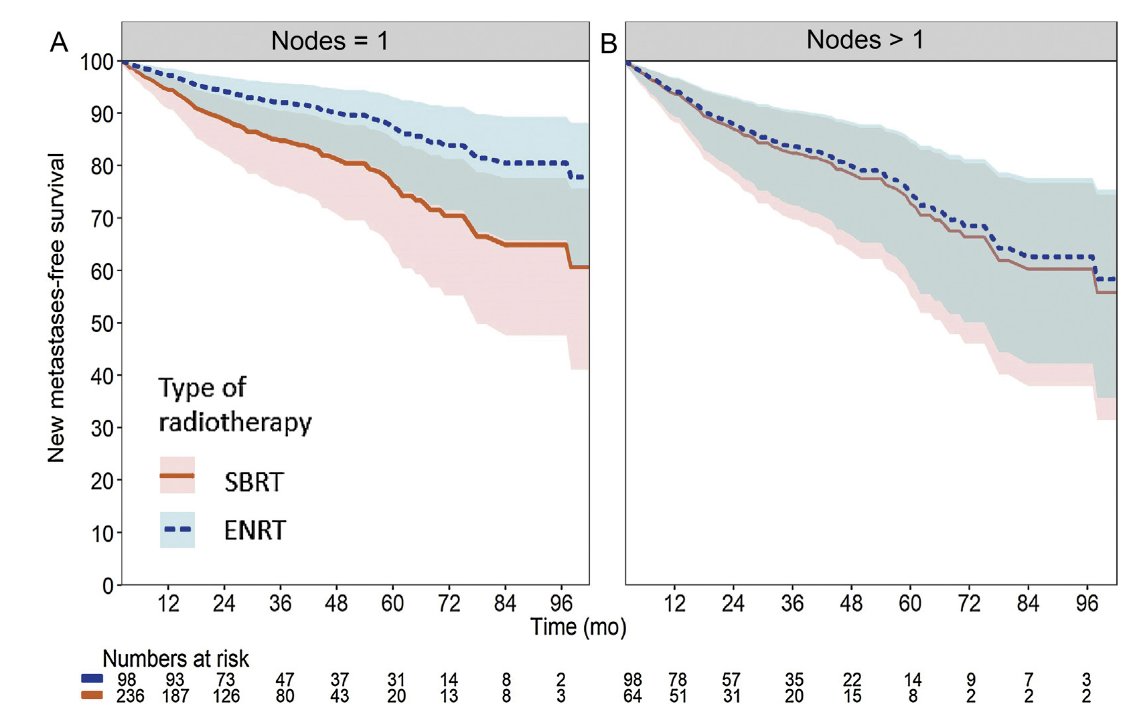 With regards to the addition of ADT to radiotherapy in oligorecurrent disease, there are no published RCTs in this setting, however, there are several current trials investigating this question including NRG GU011, I-STOP (NCT04619069), DART (NCT04641078), and RADIOSA (NCT03940235). Work from Deek et al.5 shows that the addition of ADT does not significantly reduce polyprogression (class III):

Referring back to several of the questions presented by Dr. Jia at the beginning of the presentation, she highlighted these with the following answers:

With regards to the case presentation, this patient was started on the GnRH antagonist Relugolix and was re-irradiated with proton therapy, receiving 46.8 Gy in 26 fractions from L2 to L5 with cone down to 16.2 Gy boost to the involved nodes, to minimize the area of overlap with the previous pelvis radiotherapy: 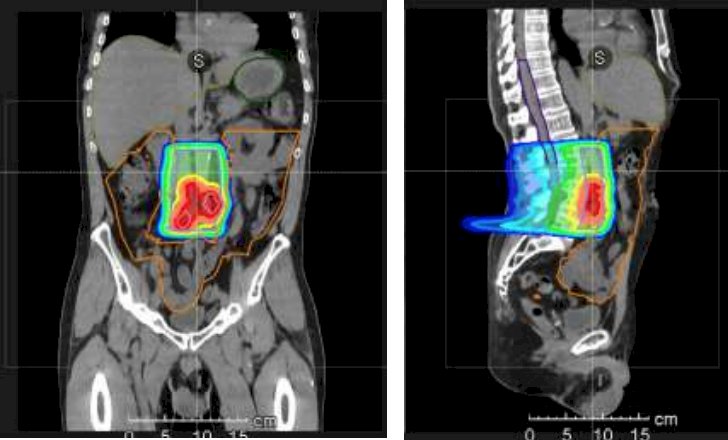