Multiple treatments with similar efficacy exist for metastatic prostate cancer resulting in multifaceted treatment choices. Shared decision-making engages patients and may be associated with superior outcomes in men with prostate cancer. Dr. Schumacher and investigators assessed the association of decision locus of control (shared decision-making vs. physician- or patient-directed decisions) and measures of patient quality of life, including patient reported functional outcomes and decision satisfaction.

Patients completed surveys of decision-making practices after a clinic visit in which a decision occurred. Patients also completed the EORTC QLQ-C30 quality of life instrument at baseline (time of decision), and 2- and 4-months. Scores for each quality of life dimension and pain were calculated for each time point, and the least-squared means were compared among decision locus of control groups to evaluate for associations using a mixed effects model. 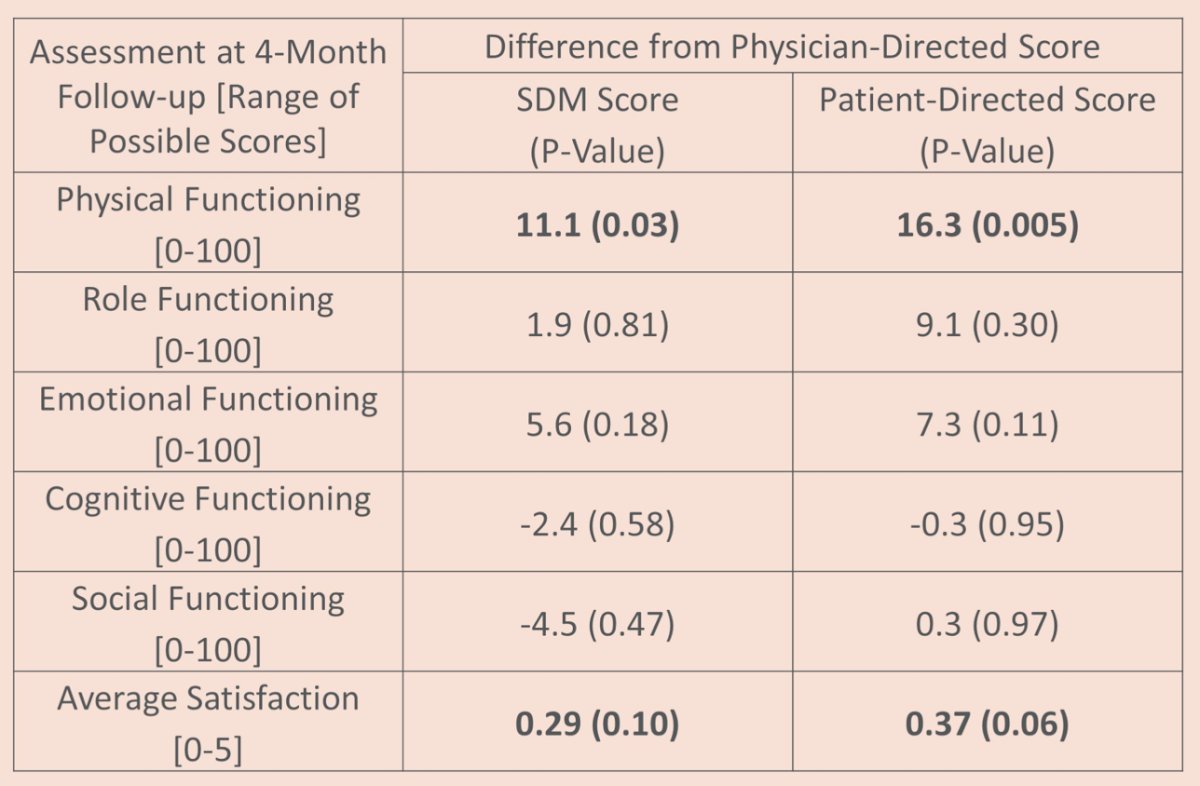 Several potential limitations of the current study include (i) recall bias given the reliance on patient reporting, and (ii) the population was mostly white, married, and insured patients, thus limiting heterogeneity.

Dr. Schumacher concluded his presentation assessing the association of functional outcomes by decision-making approach in men with metastatic prostate cancer with the following take-home messages: