San Francisco, California (UroToday.com) Dr. Piet Ost, Assistant Professor and Radiation Oncologist at Ghent University presented some of the most influential articles from the past year in the field of prostate cancer research from a radiation oncology perspective.

The first study was a non-inferiority study of 1200 patients comparing ultra-hypofractionated (42.7 Gy in 7 fractions) versus conventionally fractionated radiotherapy (RT) for treatment of localized prostate cancer with a primary endpoint of failure-free survival (FFS).1 Of note, 89% of men had intermediate-risk disease and the remaining 11% had high-risk disease. 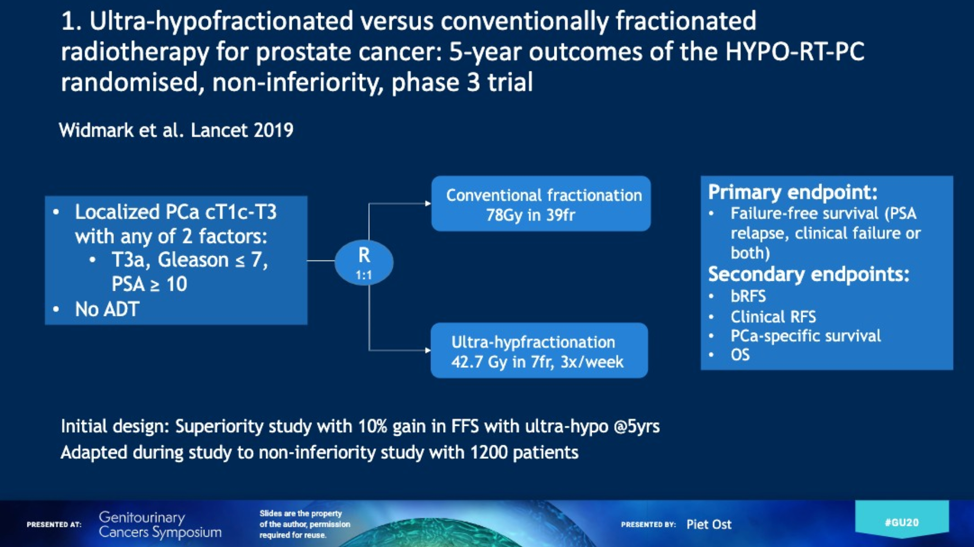 The non-adjusted and adjusted FFS rate was identical (hazard ratio [HR] = 1.00) with 10 years of follow-up. Further, patient-reported outcomes were similar with urinary discomfort and rectal discomfort increasing initially then returning to base line. In both arms, erectile function  worsened over time.

GETUG-AFU 16 compared salvage RT with or without 6 months of androgen deprivation therapy (ADT) in men with biochemical recurrence after radical prostatectomy.[2 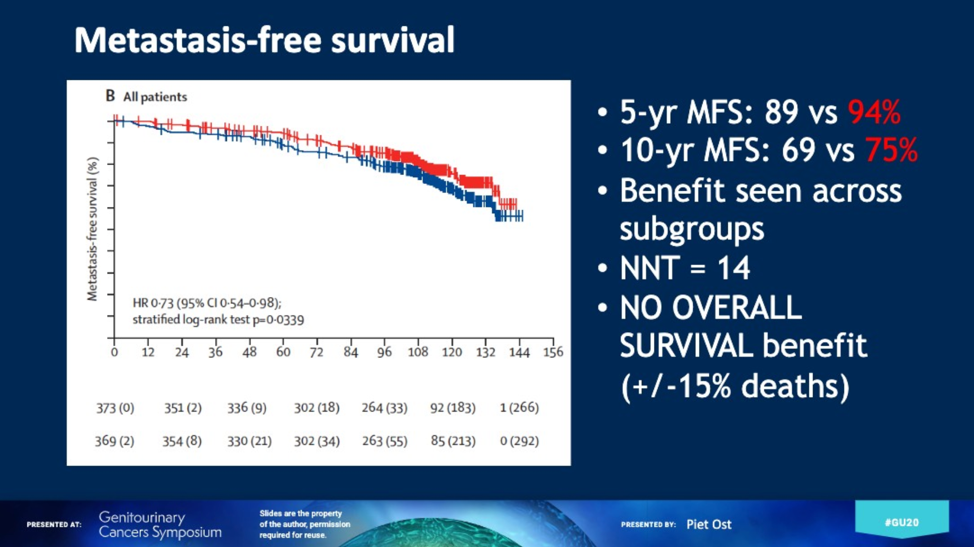 Dr. Ost then moved on to discuss the role of the addition of radiation to the prostate to systemic therapy in men with newly diagnosed metastatic hormone-sensitive prostate cancer (mHSPC). The STOPCAP systematic review and meta-analysis included patients from two completed studies (STAMPEDE and HORRAD).3 Pooled results showed no improvement in overall survival or PFS in the overall cohort. Sub-group analysis by metastatic burden found that less than five metastases were associated with improvement in outcomes including survival with the addition of prostate RT (HR = 1.47; p = 0.007). 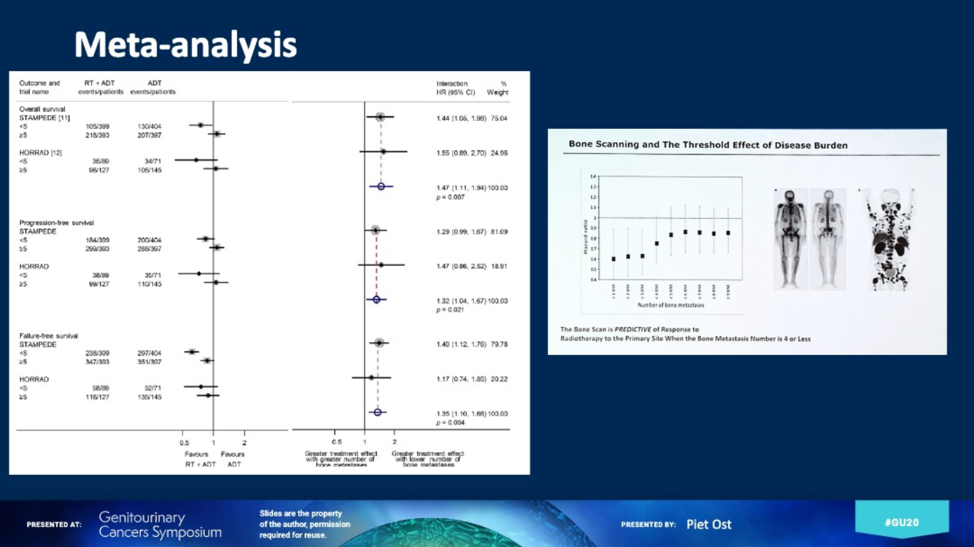