San Francisco, CA (UroToday.com) In parallel to the rapidly-shifting landscape of novel and combination therapies for advanced renal cell carcinoma, we have learned much about the landscape of genomic alterations that underpin this disease. Most notably from large sequencing efforts such as the Cancer Genome Atlas, and clinically-annotated cohorts such as MSK-IMPACT, our understanding of recurrent putative drivers has increased considerable in recent years. However, there has been ever increasing emphasis on study of tumor alterations that predict treatment benefit (e.g. PBRM1 alterations and immunotherapy benefit) or serve as possible actionable targets for new treatment approached. In the Renal Cell Carcinoma Rapid Abstract Session, Kyrollis Attalla, MD, from Memorial Sloan Kettering Cancer Center highlighted findings of a study describing the landscape of actionable alterations as well the corresponding evidence supporting prediction of response to therapy in renal cell carcinoma (RCC).

With this goal, the study team queried the institutional clinical sequencing database (MSK-IMPACT) to include tumor samples across all cancers. Furthermore, actionable alterations in clinical or biological evidence supporting response to targeted therapy were stratified by level of evidence using oncoKB – an oncology knowledge database. 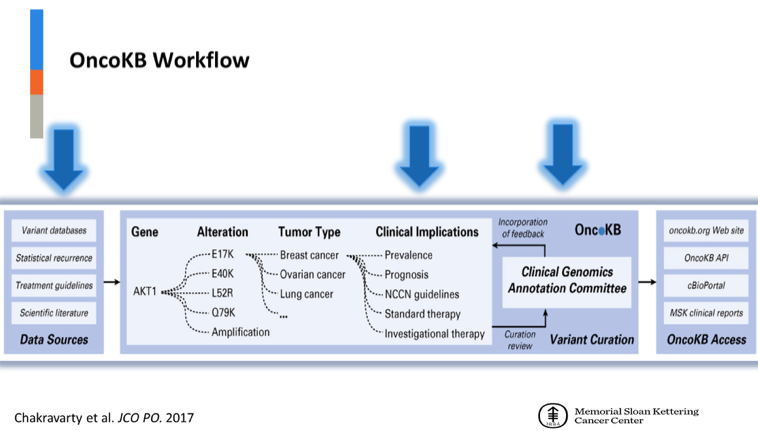 38,468 tumors in the MSK-IMPACT cohort were queried to refine down to 53 cases of renal cell carcinoma. 63.3% samples were from primary site and 36.% from metastases. Of the subtypes represented, clear cell was the most common (59.7%). With respect to clinical stage, most were metastatic (36.7%), 26.1% were primary lesions from patients with metastatic disease and 17% were primary lesions in non-metastatic RCC. 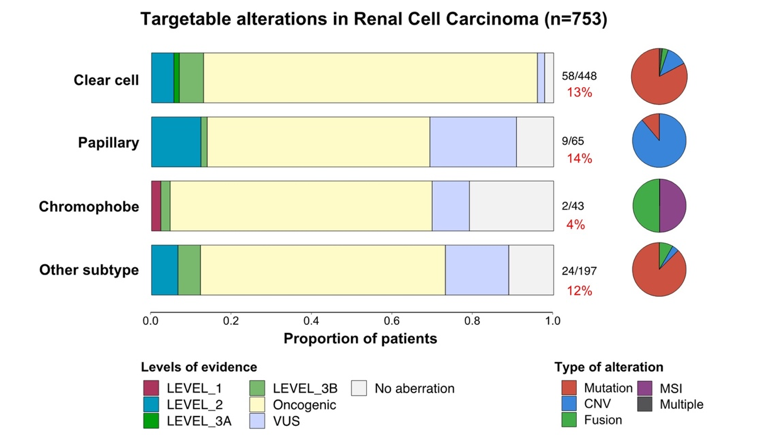 In total, there was a 12% prevalence of actionable alterations in RCC. 13% of clear cell cancer had evidence of targetable alterations. Other subtypes included papillary (14%), chromophobe (4%) and other (12%). Leading altered genes included TSC1 mutation, PIK3CA mutation  and MET amplification. 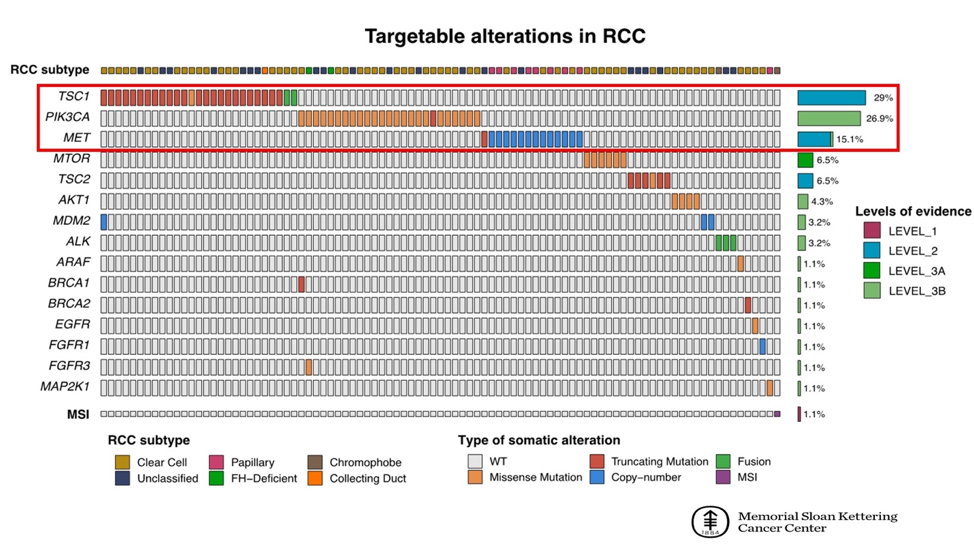 These data help establish a landscape of potentially actionable alterations in RCC and are informative for the clinical use of next-generation sequencing to inform precision treatments approaches in RCC.