The presented study was the NIVOSWITCH trial, which was an open-label, randomized, Phase II trial. The trial was recruiting patients between 2016 and was prematurely closed on Aug 2018 due to low accrual rate.

In this presentation, the authors showed the data of the key secondary endpoints, tumor response and derived efficacy measures.

All included patients had measurable advanced or metastatic clear cell renal cell carcinoma with an ECOG performance status between zero and two, adequate organ function, and partial response or stable disease after sunitinib or pazopanib therapy for 10 to 12 weeks.

Patients were randomized either to continue TKI treatment or receive NIVO every two to four weeks until disease progression or intolerance.

The median duration of follow up after randomization was 12.9 months. The median age was 65 years. The response to TKI induction was partial response in 59% of the patients and stable disease in 41%. In the intention to treat population, best overall response rate measured from the start of induction therapy was not significantly different in both arms (64 vs. 70%, p=0.76). However, when measured from the time of randomization, the response rate for NIVO was 16% versus 48% for TKI, p=0.029.

Table one demonstrates the patient demographics with approximately 3/4 of the patients having disseminated disease at study entry. However, there is a marked imbalance in favor of the NIVO arm, containing almost all the patients with locoregional disease only (Table 2). Antineoplastic treatment that was given before the beginning of TKI induction is elaborated in Table 3. As shown, most patients had undergone surgery. Table 4 elaborates on the induction therapy that patients had received in both study arms. 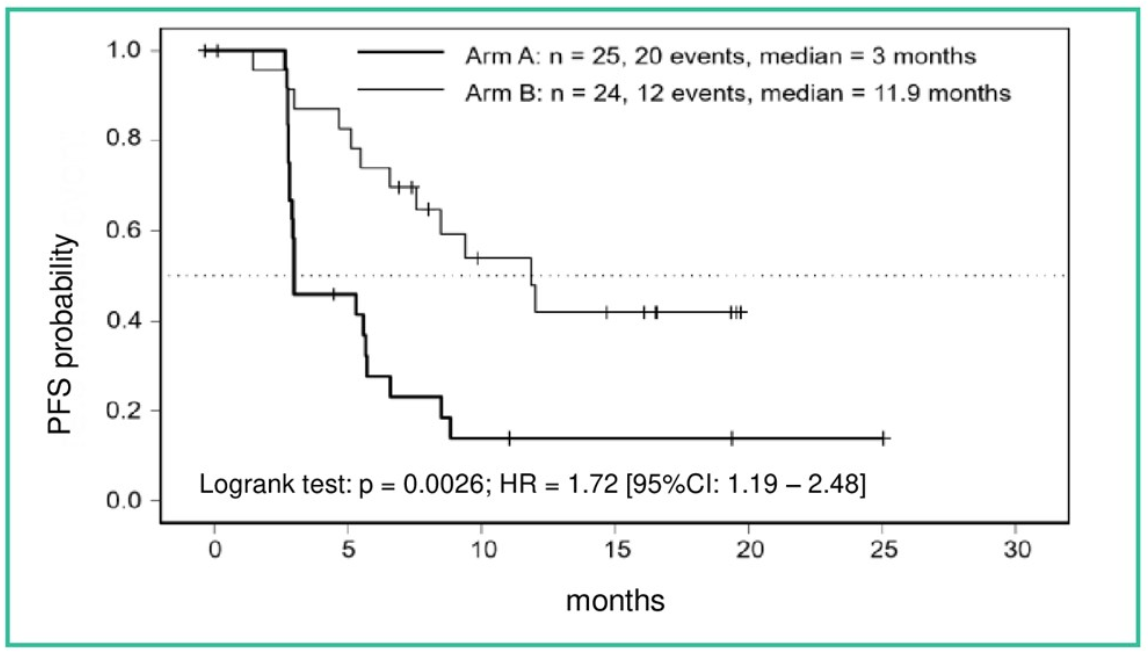 The median follow-up was of 12.9 months, but the median overall survival was not reached as only 9 events had occurred by the time the trial ended. However, a trend in favor of TKI continuation was shown (Figure 2). Table 6 elaborates on the adverse events in both trial arms. 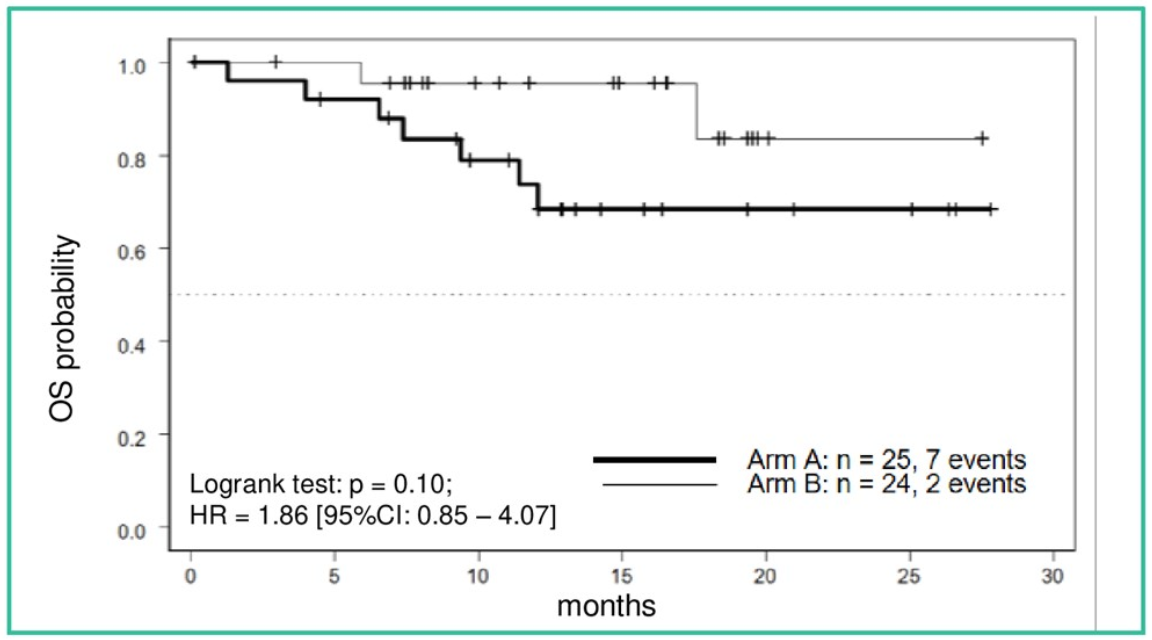 The authors concluded that TKI induction followed by an early switch to NIVO did not improve the objective response rate in patients responsive to TKI initially. Therefore, there is no evidence to support the notion that TKI pre-treatment sensitizes for NIVO efficacy.