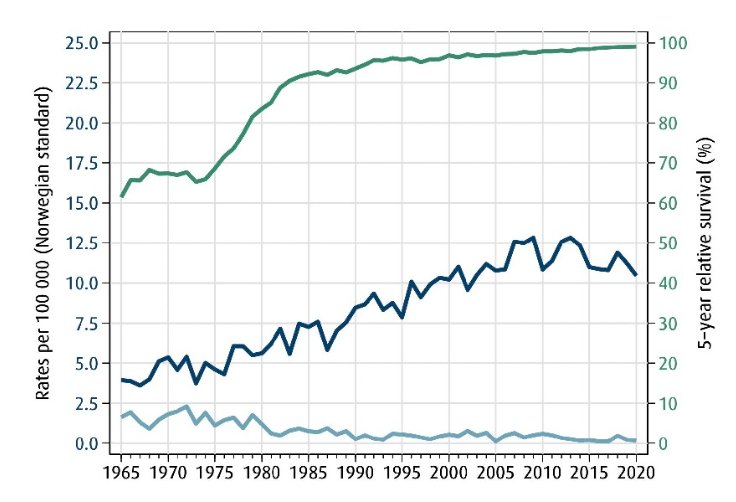 Dr. Tandstad emphasized that there are several important research questions:

A total of 5,712 patients, including 2,978 seminoma and 2,734 nonseminoma, were diagnosed with testicular cancer in Norway, with 2,207 patients diagnosed 1980-1994 and 3,505 patients diagnosed 1995-2009. Data are complete, due to identification by the Cancer Registry of Norway and Norwegian Cause of Death Registry. Details regarding diagnosis, stage, treatment, and follow-up were obtained from medical records. Relapse rates have been estimated using Kaplan-Meyer. 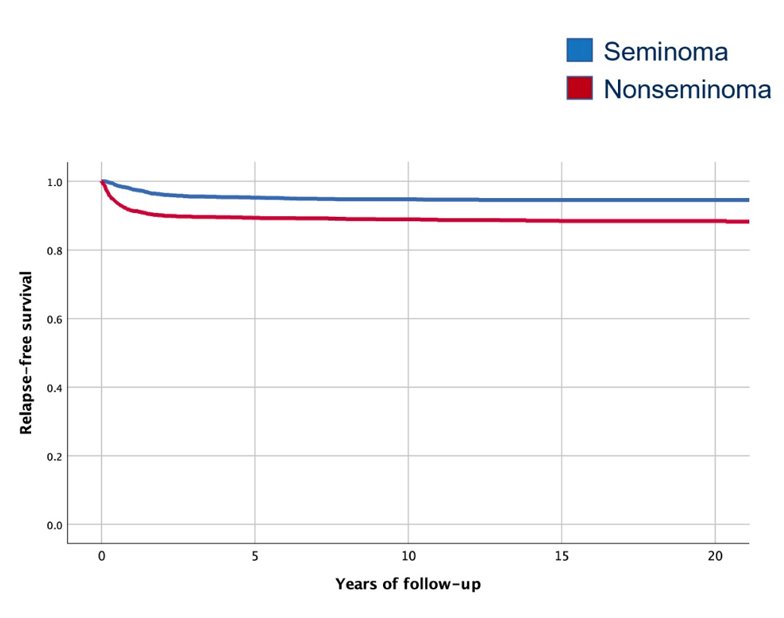 Patients followed with surveillance (n = 1,380) had a higher rate of late relapses compared to patients receiving adjuvant therapy (n = 2,619) (4.0% vs 0.9%). A total of 8 deaths occurred in 61 patients with late relapse, including 4 from testicular cancer (3 nonseminoma and 1 seminoma). In patients with metastatic disease, 166 patients experienced relapse (10.5%), with 3.6% late relapses, 1.6% very late relapses, and 0.8% relapse beyond ten years:

Outside a five-year follow-up scheme, 50 patients would be diagnosed with very late relapses. Prolonging follow-up to ten years would potentially identify only 33 of these relapses.