(UroToday.com) One of the fastest moving disease spaces in prostate cancer is metastatic castration-sensitive prostate cancer. While androgen-deprivation therapy (ADT) alone was the standard treatment five years ago, now there are a number of treatment options that have been shown to improve overall survival, including docetaxel and novel hormonal therapies including abiraterone acetate, enzalutamide, and apalutamide. While these agents have proven benefit in clinical trials, improvement in population-level outcomes depends on their wide-spread adoption. In the Prostate, Testicular, Penile Poster session at the 2021 American Society of Clinical Oncology (ASCO) 2021 Annual Meeting held on Friday June 4th, 2021, Dr. Freedland presented results of an analysis of Medicare data regarding real-world utilization of these agents in men with mCSPC.

The authors performed a retrospective analysis of a Medicare database on the basis of claims between January 2009 and December 2018. They identified adult men with ≥1 claim for prostate cancer (PC) who initiated ADT (index date) within 90 days prior to or any time after a metastasis diagnosis. 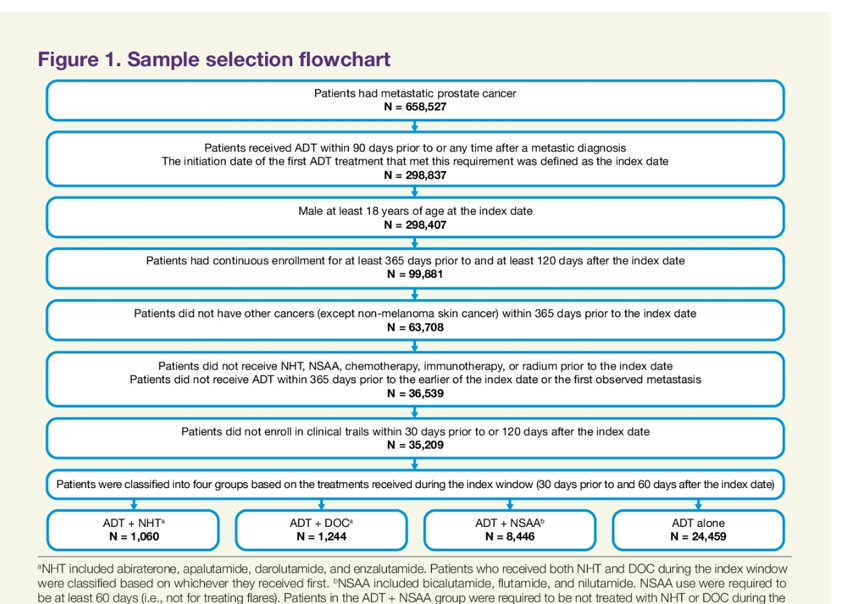 Patients were categorized according to first-line treatment based on medications prescribed within 30 days prior to and 120 days after the index date. These categories included: ADT alone, ADT + first-generation anti-androgen (≥90 days to avoid capturing AA for flare control), ADT + docetaxel, and ADT + novel hormonal therapy (abiraterone, apalutamide, and enzalutamide). The authors further characterized first-line treatment distributions over time and stratified by race. 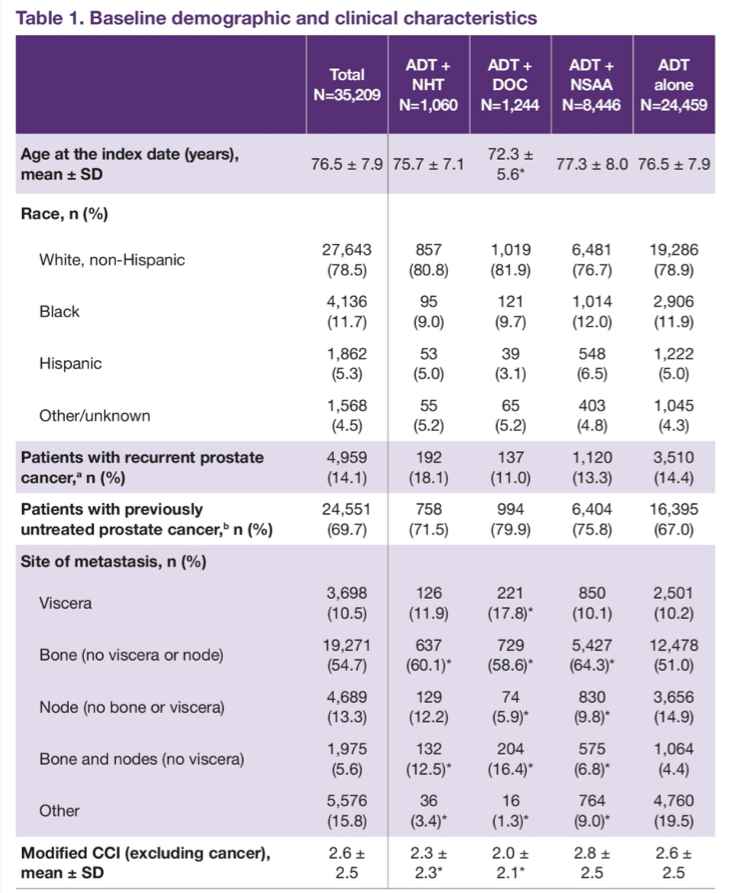 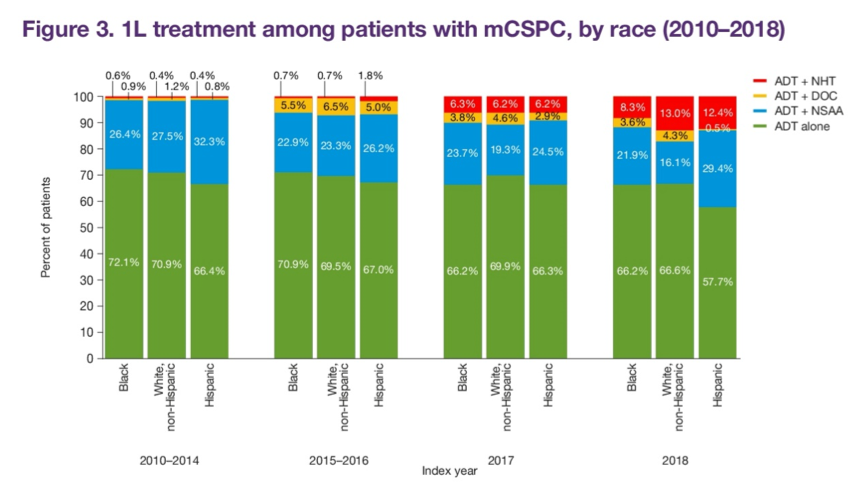 Presented by: Stephen J. Freedland, MD, director of the Center for Integrated Research in Cancer and Lifestyle and co-director of the Cancer Genetics and Prevention Program and Associate Director for Faculty Development at the Cedars-Sinai Samuel Oschin Comprehensive Cancer Institute, Faculty physician in the Division of Urology within the Department of Surgery at Cedars-Sinai.