(UroToday.com) In this presentation, Dr. Brian Rini presented 42-month follow-up data from the KEYNOTE-426 trial of pembrolizumab in combination with axitinib as first-line therapy for clear cell renal cell carcinoma (ccRCC). The first interim analysis of this combination, published in 20191 showed a statistically significant improvement in overall survival and progression-free survival relative to sunitinib. Subsequent follow-up at a median of 30.6 months confirmed these findings. For this presentation, Dr. Rini presented data from a median follow-up of 42.8 months, with a minimum follow-up of 35.6 months.

The study design of KEYNOTE-426 is shown below. Patients with newly diagnosed metastatic ccRCC who were treatment naïve and had measurable disease were randomized 1:1 to either the combination of pembrolizumab (for up to 2 years) and daily axitinib or daily sunitinib for four weeks on and two weeks off. The dual primary endpoints of the study were overall survival and progression-free survival in the intention to treat population.

The baseline characteristics of the patients, including region of enrollment, IMDC risk breakdown, sarcomatoid differentiation rates, and other parameters are shown below. 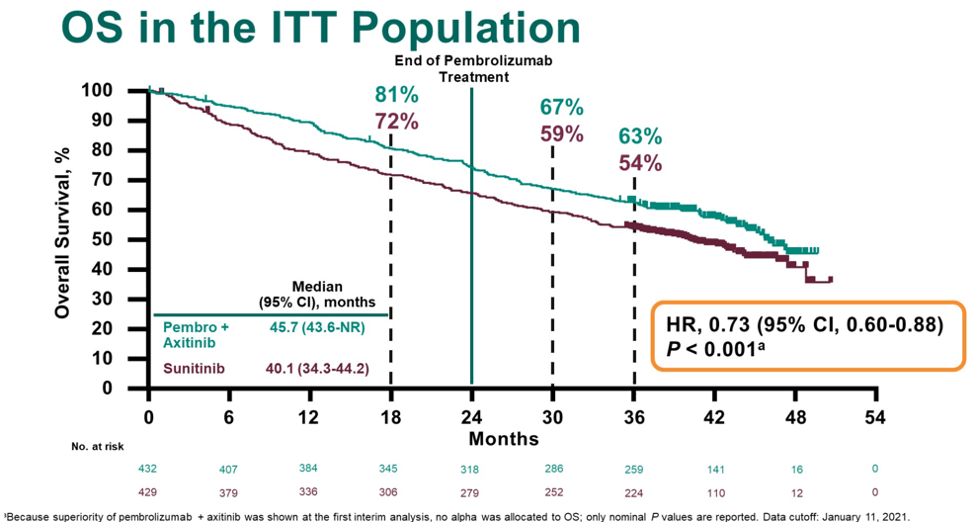 The median progression-free survival for pembro/axitinib was 15.7 months relative to 11.1 months with sunitinib (HR for progression 0.68, 95% CI 0.58-0.80, p < 0.0001). Pembrolizumab and axitinib resulted in an objective response rate of 60.4%, including 10% of patients having a complete response. Sunitinib resulted in a 39.6% response rate, including 3.5% complete responses. 11.3% of patients treated with pembo/axi had progressive disease as best response, relative to 17% in the sunitinib arm.

The advantage of pembrolizumab and axitinib relative to sunitinib was generally confirmed across IMDC subgroups. Of note, the overall survival advantage did not favor combination therapy, but this analysis is more limited given the low number of survival events in that subgroup, as evidence by the wide confidence interval. 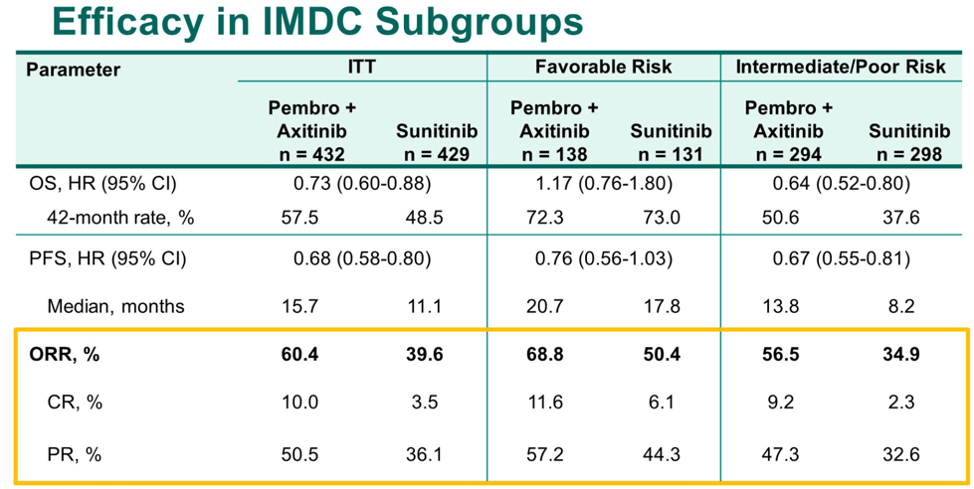 A summary of the treatment-related adverse events and rates of specific events of interest is shown below. 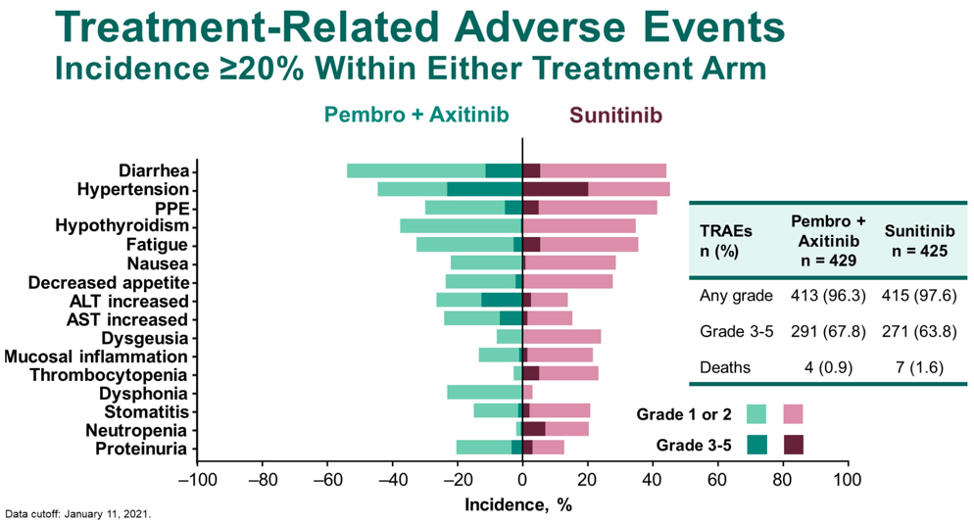 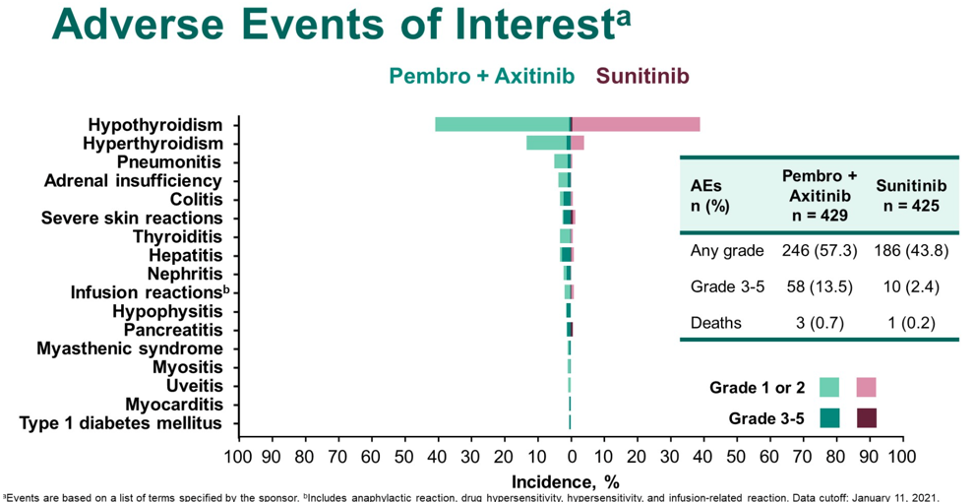 Dr. Rini concluded that with a median follow-up of over 42 months, this data from KEYNOTE-426 confirms the overall survival, progression-free survival, and response rate benefit for combination pembrolizumab and axitinib relative to sunitinib. This dataset represents the longest follow-up to date of combination immune checkpoint inhibition and tyrosine kinase inhibitor as first-line therapy for ccRCC. Long-term follow-up did not reveal any new safety signals from the original report. These data support pembro/axi as a standard of care option for treatment-naïve metastatic ccRCC.