(UroToday.com) There have been transformational changes in first-line therapy for patients with metastatic renal cell carcinoma (mRCC) in the past three years. Foremost among these is the move from monotherapy to combination approaches. While CheckMate 214 first brought combination therapy with dual checkpoint inhibition (nivolumab and ipilimumab) to the forefront, subsequent studies have examined combinations of immune checkpoint inhibitors and tyrosine-kinase inhibitors in the first-line setting including pembrolizumab and axitinib. In the Kidney and Bladder Poster session at the 2021 American Society of Clinical Oncology Annual Meeting, Dr. Kevin Zarrabi presented real-world outcomes in patients treated with either axitinib and pembrolizumab or ipilimumab and nivolumab, stratified according to International Metastatic RCC Database Consortium (IMDC) score.

In the Flatiron dataset, the authors identified 821 patients who received first-line axitinib and pembrolizumab (n=259) or ipilimumab and nivolumab (n= 562). The median age of the cohort was 66 years, 73% were male, and 54.9% had undergone prior nephrectomy. 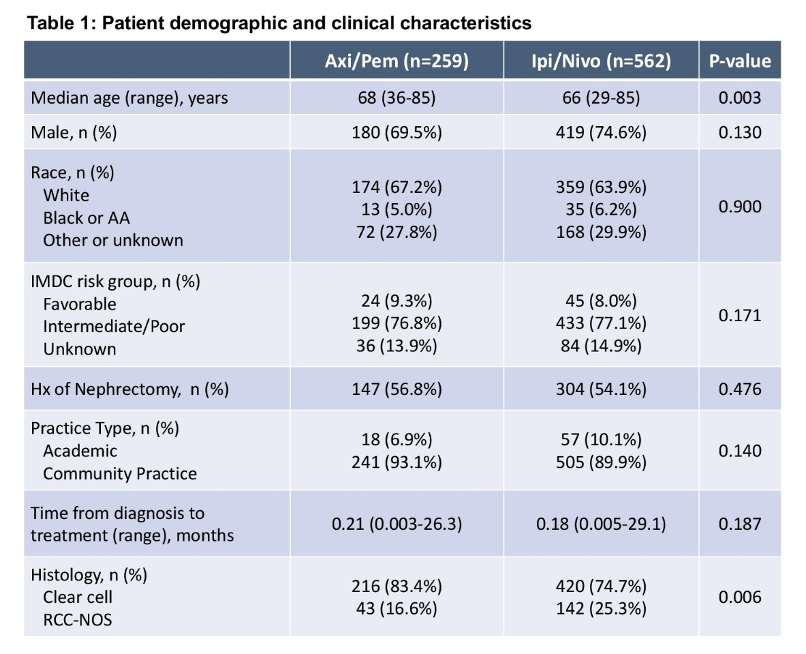 They found that the likelihood of receiving nivolumab and ipilimumab was inversely associated with increasing age at diagnosis (p=0.030) and with care in community settings (p=0.044). Gender, history of nephrectomy, insurance status IMDC risk group, and BMI were not significantly associated with treatment choice.

The authors found no significant difference in adjusted median OS between treatment groups (p=0.40): not reached for patients who received axitinib and pembrolizumab and 22 months (95% CI 19.8-NR) for those who received ipilimumab and nivolumab. 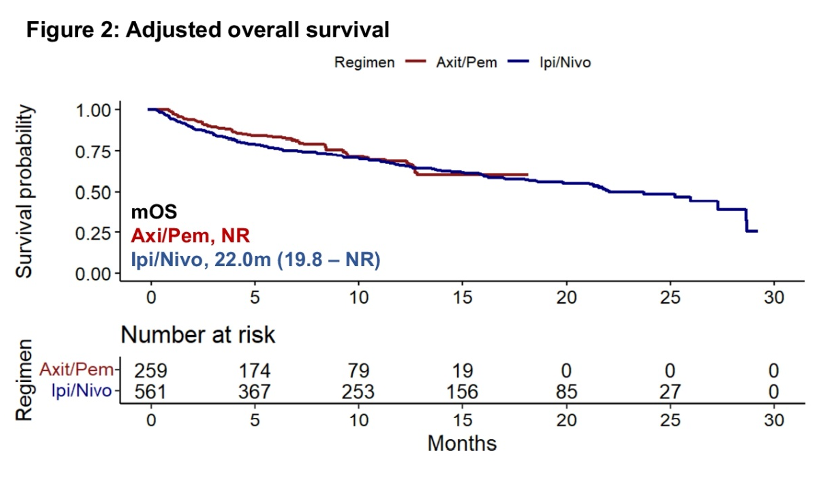 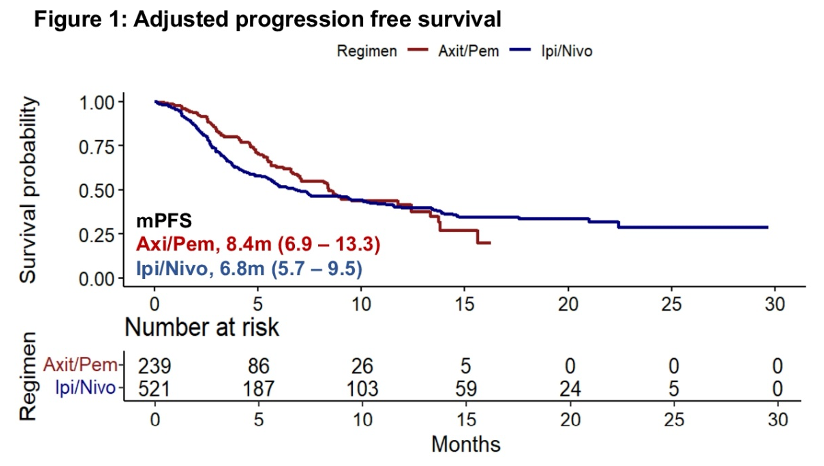 The authors conclude that, based on retrospective, real-world study, short-term survival outcomes are similar between patients treated with axitinib and pembrolizumab or ipilimumab and nivolumab. Future studies may assess more recently approved treatment approaches as well as provide longer follow-up.