(UroToday.com) While cisplatin-based chemotherapies are the backbone of neoadjuvant chemotherapy for patients with muscle-invasive bladder cancer, many patients are not fit for cisplatin due to renal toxicity, hearing loss, neuropathy, or performance status. Immunotherapy has demonstrated efficacy in about 20% of patients with metastatic disease and improves overall survival as maintenance therapy (data to be presented at this ASCO’s plenary session). Thus, it is reasonable to try immune checkpoint inhibition as neoadjuvant therapy.

NABUCCO was a single-arm phase IB study that evaluated neoadjuvant ipilimumab and nivolumab in patients with muscle-invasive or locally advanced stage. Data presented at ESMO 2019 demonstrated that 46% of the of patients were able to achieve a complete response and 58% of patients were downstaged to non-invasive disease. This abstract provides updated clinical follow up as well as biomarker analysis of the patients in NABUCCO.

Data on 24 patients with stage III (cT3-4aN0 or cT2-4aN1-3) urothelial carcinoma patients were presented at the 2020 virtual ASCO scientific meeting. 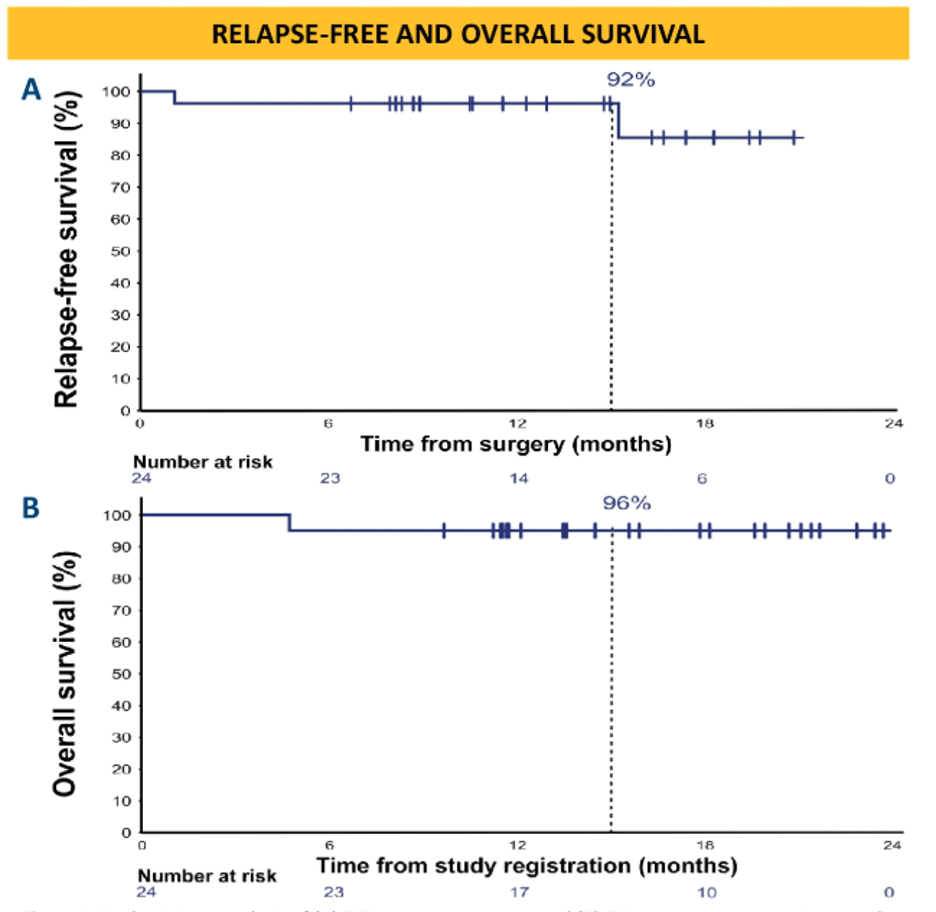 For genomic analysis, whole exome sequencing was completed on both baseline tumor samples and local lymph node metastases. RNA sequencing and multiplex immunofluorescence for immune cell markers were done both pre and post therapy. After a median follow up of 15.6 months, there were two relapses and one death. 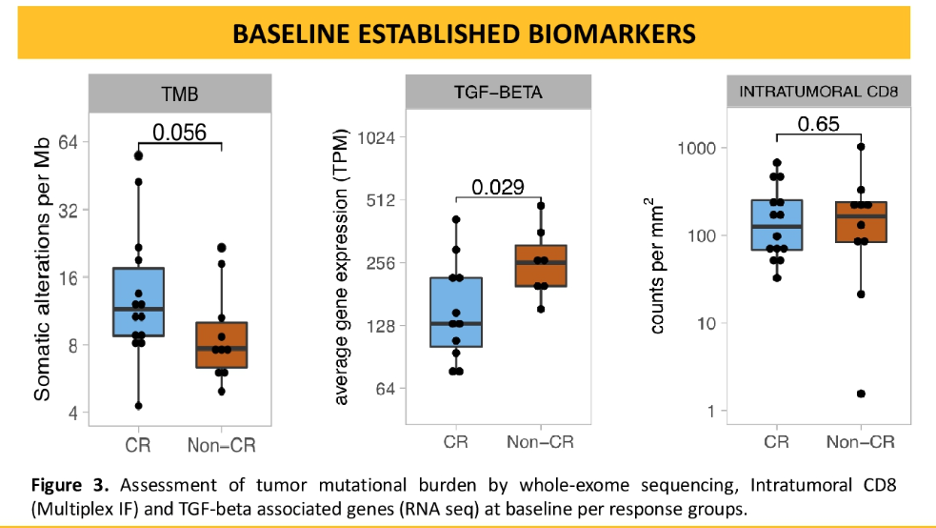 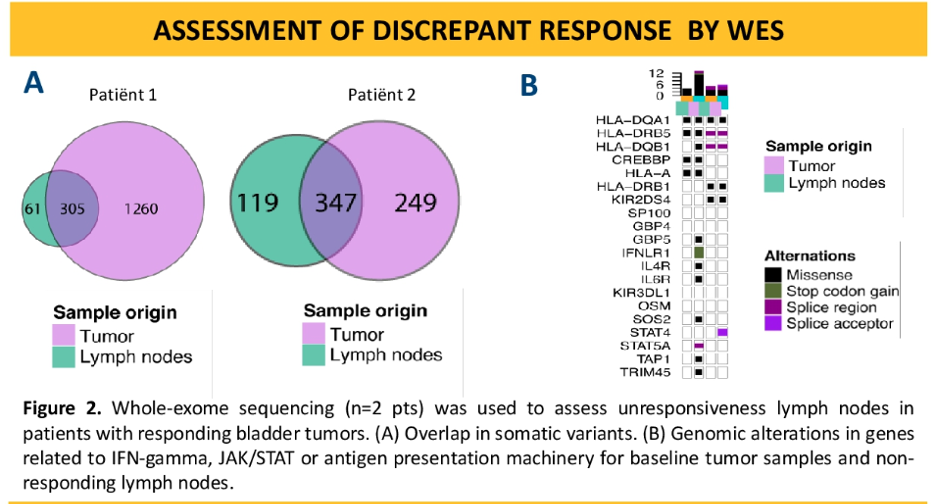 Differential responses were also noted amongst patients – some patients had a CR in the bladder but continued to have a tumor focus in the lymph node. In these cases, as expected the lymph node metastases had a different genetic makeup compared with the primary tumor

Pre-operative ipilimumab and nivolumab is able to achieve a high pathologic complete response and recurrence at 15.6 months remains low with only 2 out of 24 patients relapsing. Biomarker analysis revealed that TMB was predictive of a CR and TGF-beta expression was predictive of resistance. Intratumoral CD8 count was not predictive of CR. Pre-operative ipilimumab and nivolumab appear to be safe and feasible for patients with cis-ineligible patients and this data supports larger randomized studies of neoadjuvant immunotherapy.