There are, however, alternatives to adjuvant chemotherapy. These include immunotherapy and adjuvant radiotherapy. The rationale for adjuvant radiotherapy was next explained by Dr. Baumann. The SWOG 87101 and MRC trials 2,3 had shown that there is a 30% risk of local failure for locally advanced disease (>=pathological stage T3N0). Additionally, there is no reduction in the local failure rate with the addition of chemotherapy. Importantly, local failures are rarely salvageable. The median overall survival after local failure is nine months, with significant associated morbidity. The option of salvage radiotherapy for local failure is often precluded. This is mainly because that after removal of the bladder, more small bowel falls into the pelvis, limiting the radiation dose to 50-54 GY when 60-70 GY is the actual dose required.3,4 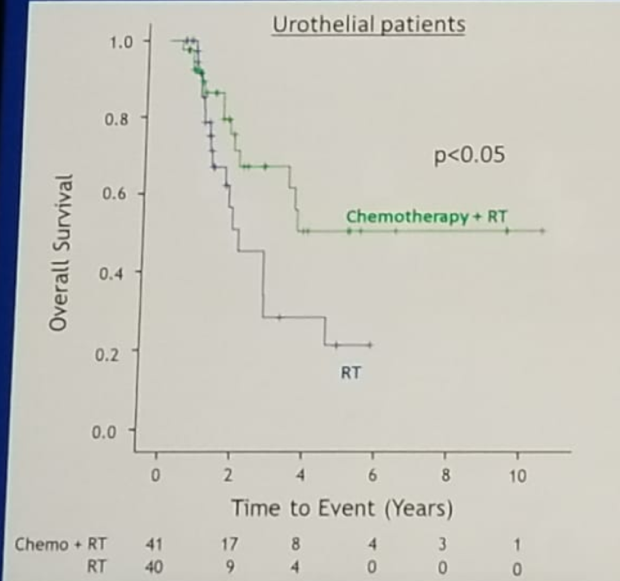 The trial design is shown in figure 2, but the actual comparison of the presented results is shown in figure 3. Radiotherapy was given as 3D conformal radiotherapy at a dose of 45 Gy in fractions twice daily, directed at the cystectomy bed plus bilateral pelvic lymph nodes. Chemotherapy was given with gemcitabine + cisplatin, and the cycles were repeated every 28 days. All patients were followed-up every two months in the first two years and then every six months after that. CT imaging was done every six months in the first two years and then yearly. Aside from the standard accepted statistical analyses, exploratory analyses were done as well to estimate whether radiotherapy is non-inferior to chemotherapy for disease-free survival with a non-inferiority margin of 10% at two years. 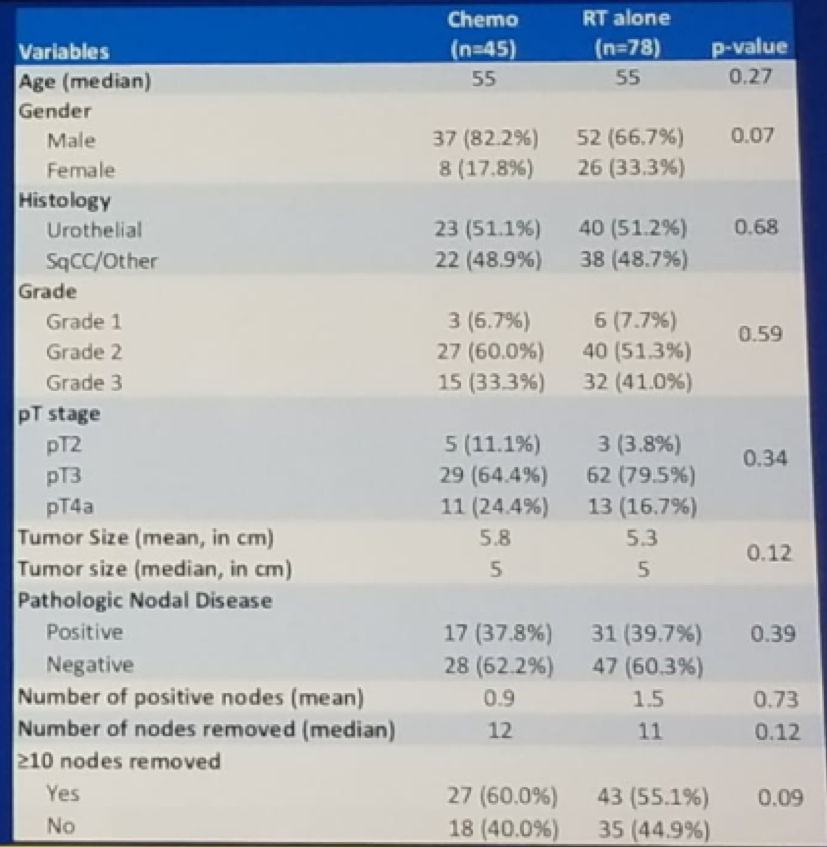 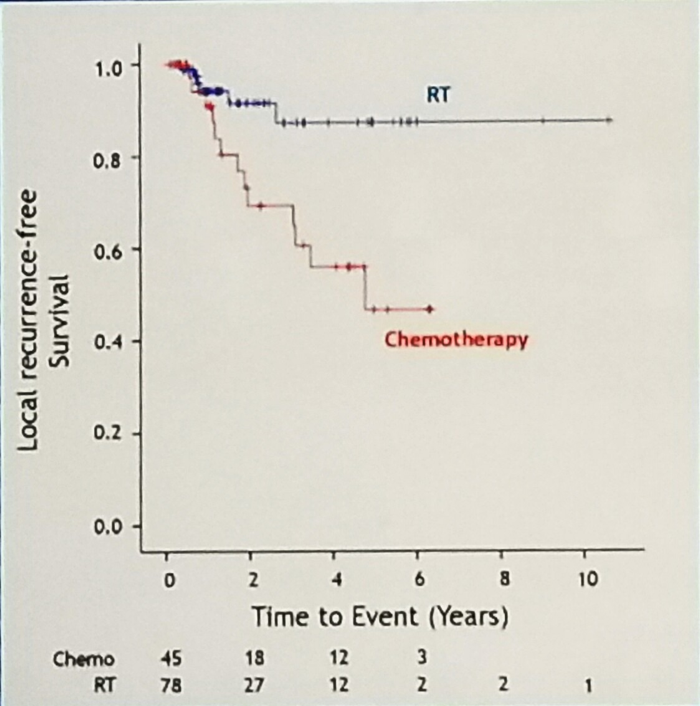