The SEMS trial established primary RPLND as an option for treating seminoma with isolated retroperitoneal lymphadenopathy. The surgical outcomes of this contemporary, multi-institutional cohort are of value given that the existing literature on peri-operative outcomes and long-term complications of RPLND is largely retrospective, single institution and historical.

The authors reviewed surgical outcomes for patients with treatment naïve testicular seminoma and isolated retroperitoneal lymphadenopathy (1-3 cm) treated in the context of this phase II, prospective clinical trial. All patients underwent open RPLND and were seen for a post-operative visit within 30 days of surgery and then at routine intervals. History, physical, laboratory and radiographic evaluation were performed at each visit. The Clavien-Dindo system was used to classify complications within 30 days. Nerve-sparing approach was determined by operative reports and confirmed by an independent review of intra-operative photos.

The authors included 55 patients who were treated at 12 institutions with 19 different surgeons. RPLND was performed via both transperitoneal (n = 40) and midline extraperitoneal (n = 15) techniques with a median duration of surgery of 233 (IQR 178-313) minutes. A variety of templates were used including bilateral in 19 patients, left modified in 25, and right modified in= 11. Nerve-sparing within the template was performed in the majority of patients (n=48, 87%). Median blood loss was 150 (IQR 100-300) ml and no patients required intraoperative blood transfusion or within 30 days post-operatively. The median length of stay was 3 (IQR 2-4) days.

Post-operatively, patients were followed for a median of 33 (IQR 27-40) months. Four (7%) individual patients experienced five short-term complications: 1 had Clavien-Dindo grade I, 3 had grade II, and 1 had grade IIIa events.

Over a longer term, six (11%) patients experienced a complications, including incisional hernia in 2 patients (one was asymptomatic and only seen radiographically) and retrograde ejaculation in 3 patients. Notably, antegrade ejaculation was preserved in 98% of patients who underwent nerve-sparing surgery.

Dr. Hu further briefly mentioned pathological outcomes which from the SEMS trial have previously been reported. As highlighted below, there is a significant rate of nodal upstaging. 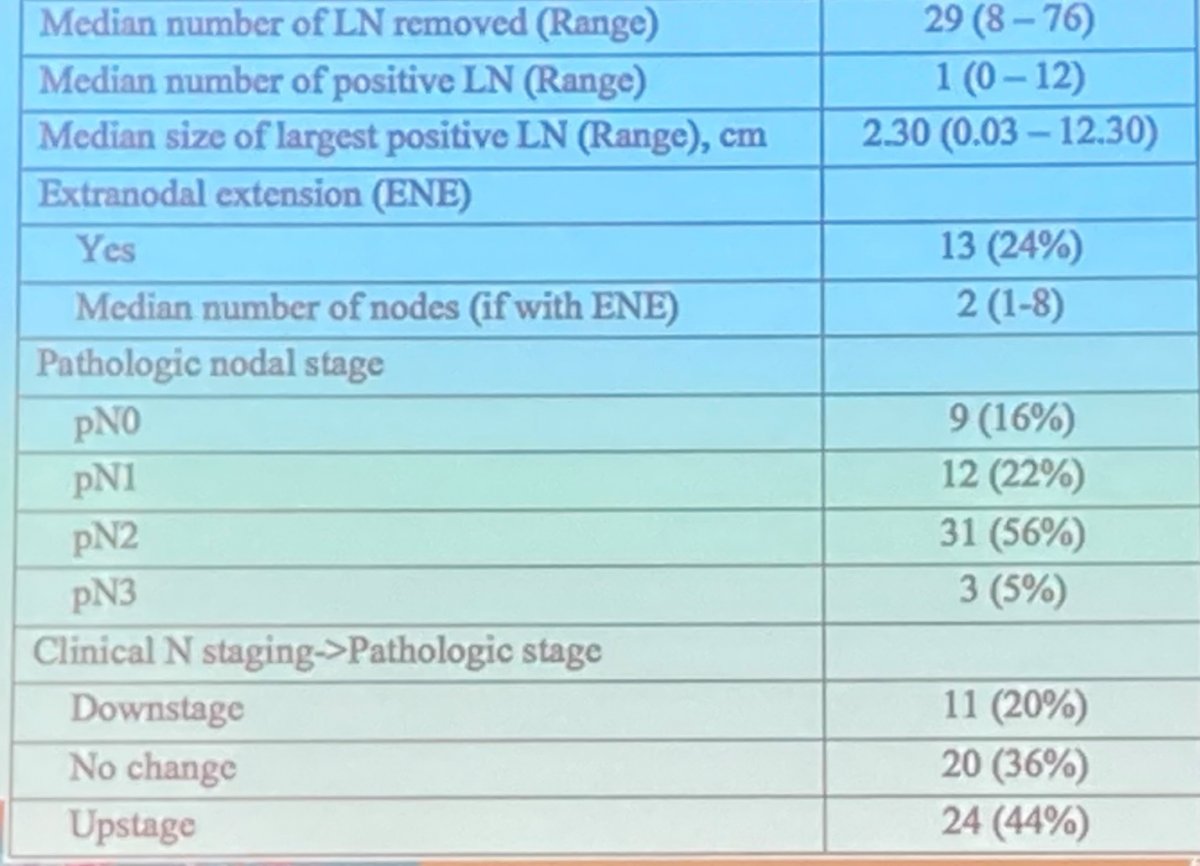 Following primary RPLND, the authors reported that 2 year recurrence free survival was 81%, though there were some differences in recurrence rates on the basis of pathological nodal status noted. 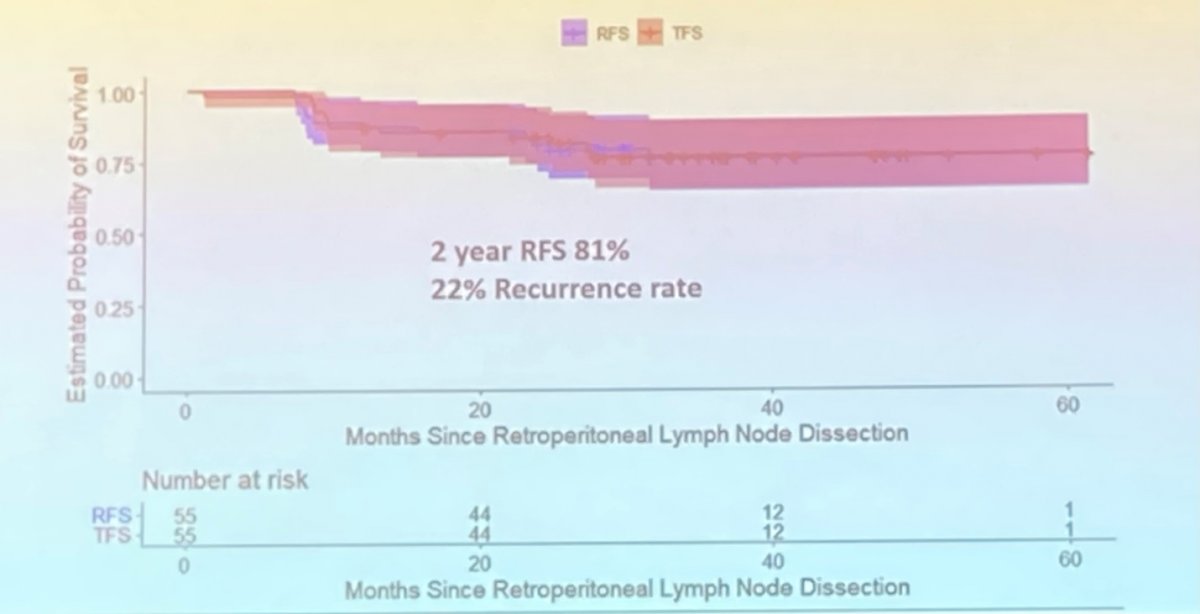