Enders et. Al. maintained a retrospective database of patients with proven prostate cancer confirmed by biopsy and on active surveillance. The team looked for patients without distinct lesions on their prostate and who frequently underwent MRI-US. Demographics and information were collected for patients with a Gleason grade group of 2 or higher. 466 patients on AS with at least one mpMRI surveillance identified. A multivariate logistic regression model showed increased PSA density was a significant predictor of upgrading to clinically significant prostate cancer at biopsies. 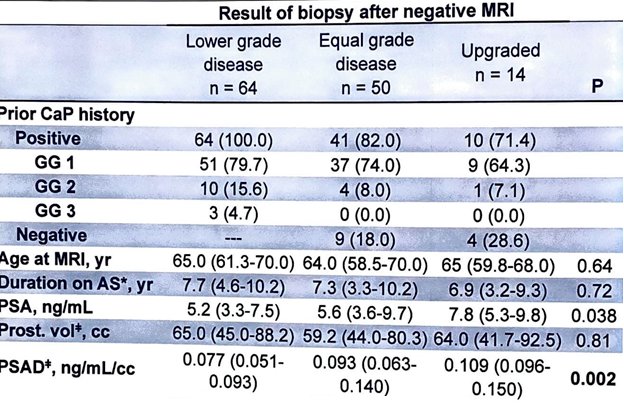 Table 1 above shows the recruited patients with negative MRI’s across 128 biopsy sessions. This table shows the PSA density levels were significantly different among those with a lower grade disease vs those with higher grade.

Table 2 shows variables that might contribute to upgrading the severity group of prostate cancer (CaP) following a negative MRI. This table reveals that PSA density significantly predicts likelihood of upgrading on biopsy after negative MRI.

Table 3 shows the results of biopsies before and after CaP diagnosis. Severity of cancer was based on Gleason Grade (GG).

One patient had benign results, the other 5 had GG 1 disease. 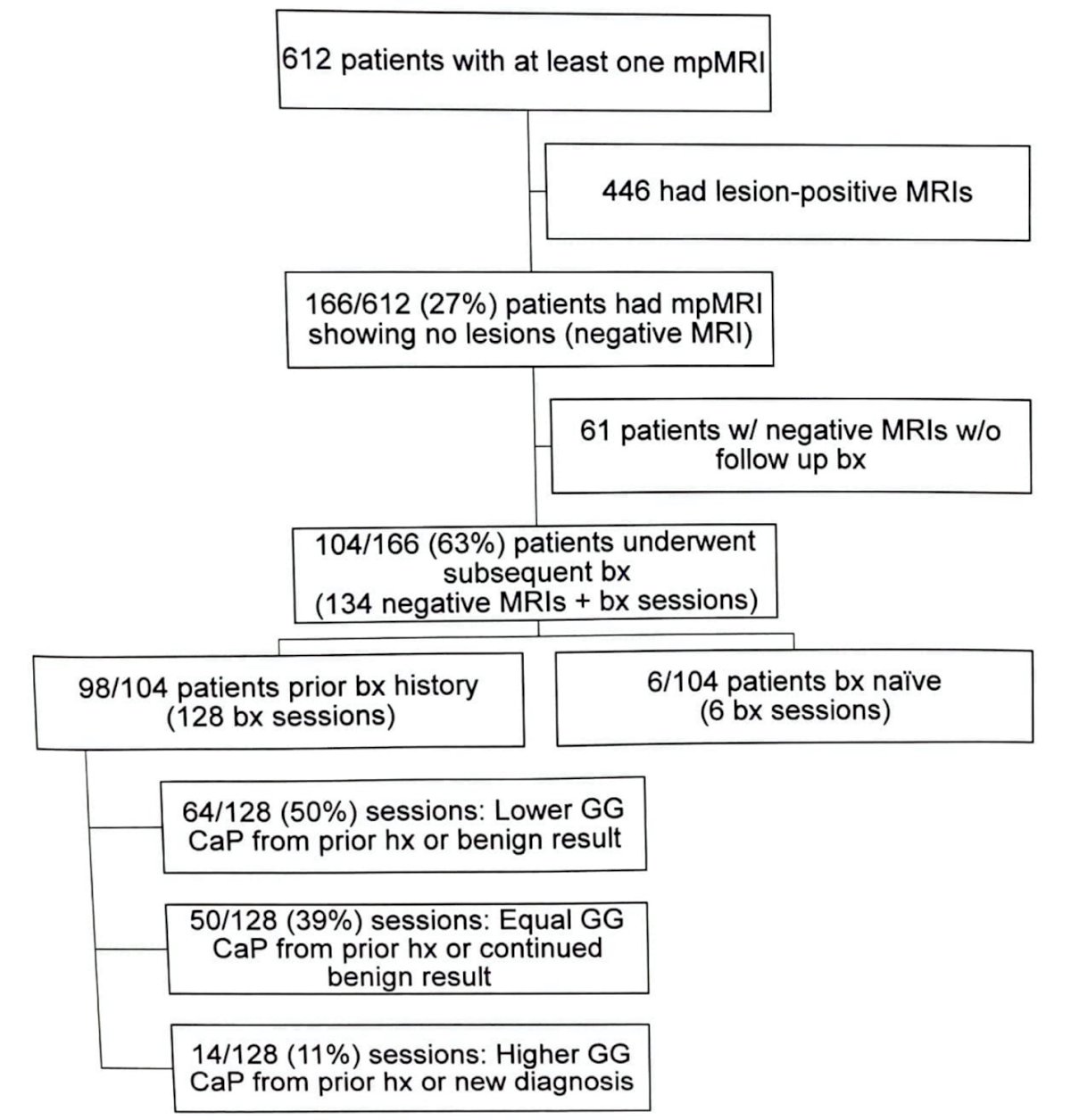 The figure above shows a detailed flowchart the team followed to conduct this study.

Enders and colleagues have found that patients undergoing biopsy following a negative mpMRI resulted in equal or downgrading of cancer in 114/128 sessions across 93 patients. They also found that increased PSA density may be a crucial predictive factor for upgrading with negative pre-biopsy MRI. These findings can have a positive outlook for men with prostate cancer undergoing active surveillance. Increased PSA density can eliminate the need for frequent biopsies and decrease the risk for comorbidities. According to the presenter, future directions should include looking at the germline and somatic mutation analysis. In other words, what happens at the genetic or molecular level before an MRI becomes positive? Finding the answer to the question can help physicians look for early signs of detection before prostate cancer becomes more severe, which can result in better treatment and management for these patients.