This website uses cookies to ensure you get the best experience on our website. Privacy Policy
Published 14 February 2020
San Francisco, CA (UroToday.com) In this talk, Dr. Elena Castro gave an overview of the genomic landscape of advanced prostate cancer. It has been shown that in over 70% of metastatic castrate-resistant prostate cancer patients there are actionable genetic alterations. 60% of them are in the antigen receptor pathway, 40-60% are in the PI3K-AKT-mTOR pathway, 25% in the DDR, 25% in the cell cycle regulators RB1/CDK and there are others as well.1

At the ESMO 2019 meeting, Dr. de Bono presented the PROFOUND study showing alterations in homologous recombination genes in over 4000 tumor samples (Figure 1). The prevalence of germline mutations in DDR genes was shown to be 12% in metastatic prostate cancer patients, compared to 5% in patients with early prostate cancer and 3% in the general population. 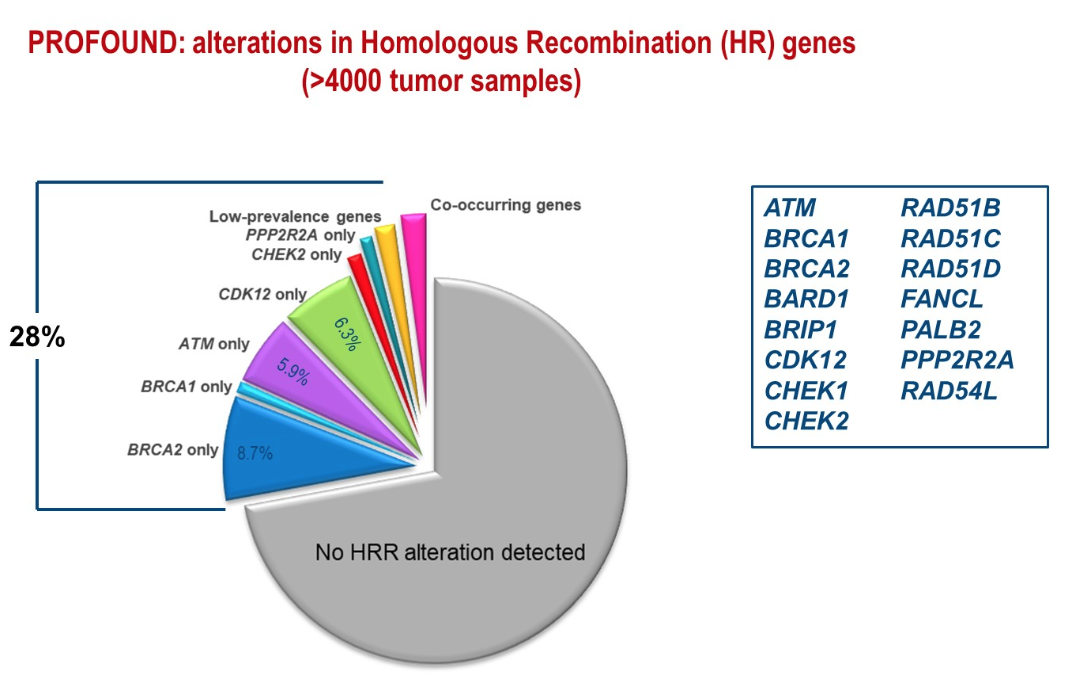 Interestingly, 30 to 40% of BRCA2 carriers lack a family history of cancer. Metastatic prostate cancer can be the whistleblower of an inherited cancer predisposition syndrome. In fact, the current NCCN guidelines recommend genetic and molecular biomarker analysis for every patient with advanced prostate cancer (Table 1).

Figure 3 - The effect of germline DDR mutations on survival from mCRPC : 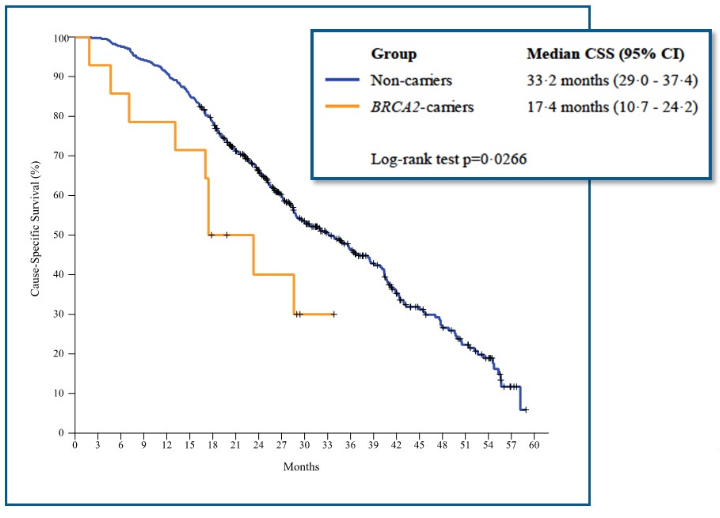 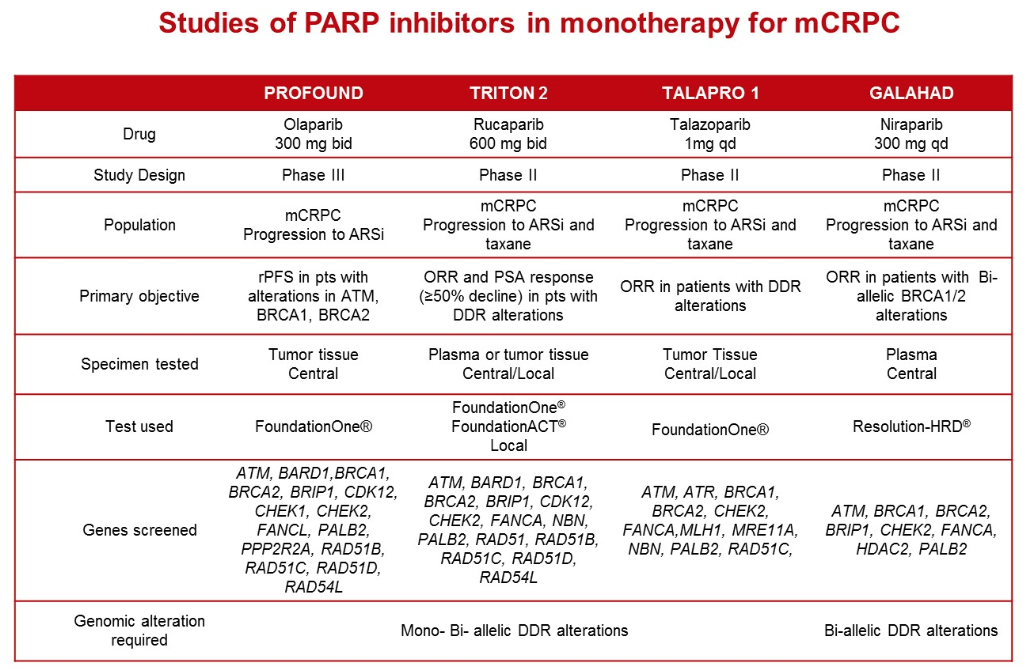 Figure 5 – Response to PARP inhibitors in patients with BRCA 1 or 2 alterations:

Figure 6 - Response to PARP inhibitors in patients without BRCA 1 or 2 alterations:

Dr. Castro ended her talk stating that tumor profiling may not identify some germline mutations. This can be due to acquired changes in that tumor which can mask a point mutation in the germline. Alternatively, this can be since some tumor testing platforms filter out germline variants. Other potential reasons include the possibility that the test may not analyze genes completely and that some genes associated with cancer predisposition syndromes, may not be included in tumor genomic testing panels.