(UroToday.com) The 2022 Annual Meeting of the American Urological Association (AUA) was host to The International Bladder Cancer Group (IBCG) AUA Bladder Cancer Forum which featured a case-based debate regarding the role of repeat transurethral resection of bladder tumors (TURBT) for all high grade non-muscle invasive bladder cancers (NMIBC). This session was expertly moderated by Dr. Neal Shore, and Dr. Trinity Bivalacqua was tasked with arguing in favor of repeat TURBT in this setting.

Dr. Bivalacqua began his discussion by highlighting the importance of TURBT for determination of:

NMIBC is a highly heterogenous disease with varying rates of recurrence and progression:

Dr. Bivalacqua went on to present the current recommendations for re-staging TURBT as per current guidelines. There is a consensus among the guidelines that repeat TURBT is needed for: 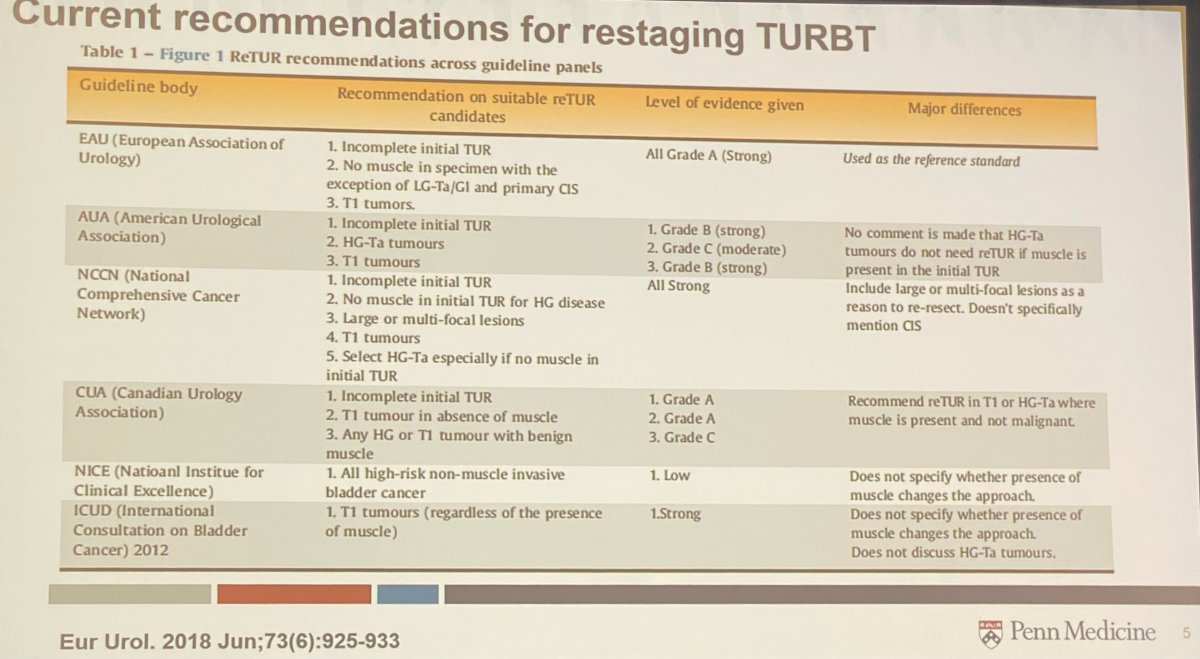 The rationale of re-TUR is concern for:

In his practice, Dr. Bivalcqua performs:

Why perform a re-staging TURBT? Herr et al. demonstrated in 2015 among patients with Ta and T1 bladder tumors undergoing a re-staging TURBT that the risk of residual disease in HGTa patients was 65% (50% HGTa/CIS, 10%, T1, 5% T2 or worse). For T1 patients, this is particularly crucial for those without muscles in the specimen:

Sfakianos et al. have also demonstrated that among patients with high risk NMIBC, a single TURBT was a significant predictor of recurrence odds during a 5 year follow up (OR 2.1, 95% CI 1.3-3.3). 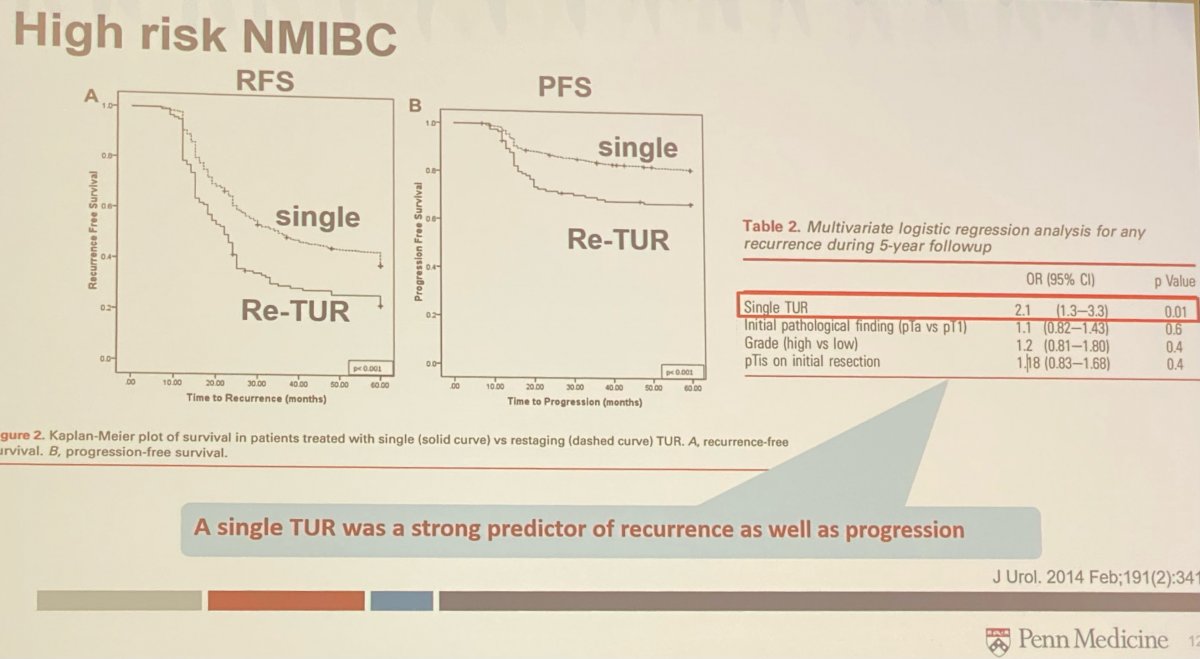 With regards to T1 disease, the debate is less controversial. Dalbagni et al. performed a retrospective review of 523 patients between 1990 and 2007 who had initial T1 disease with subsequent re-staging TURBT. Muscle was present in 47% of the initial specimens and 84% of re-TURBT specimens. 20% of patient were upstaged to T2 or worse disease. The results of the re-staging TURBT were highly predictive of cancer specific mortality outcomes: 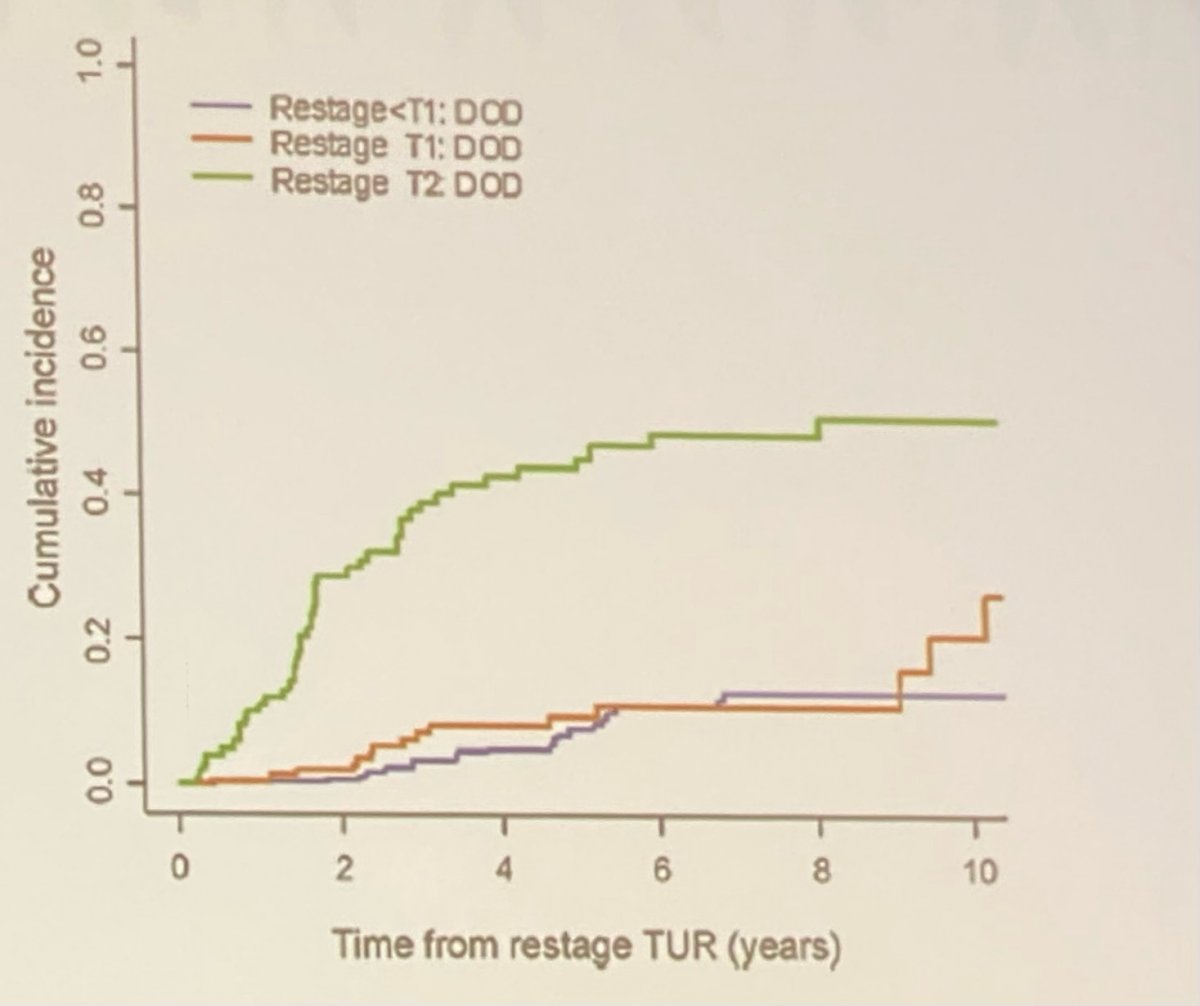 Divrik et al performed a randomized controlled trial between 2001 and 2005 of 142 patients with HGT1 disease on initial TURBT with all patients receiving Mitomycin adjuvantly. Patients were randomized to repeat TURBT versus surveillance. The recurrence free survival was superior in the re-TURBT group at 1 (86% versus 47%), 2 (78% versus 42%) and 3 years (69% versus 37%). 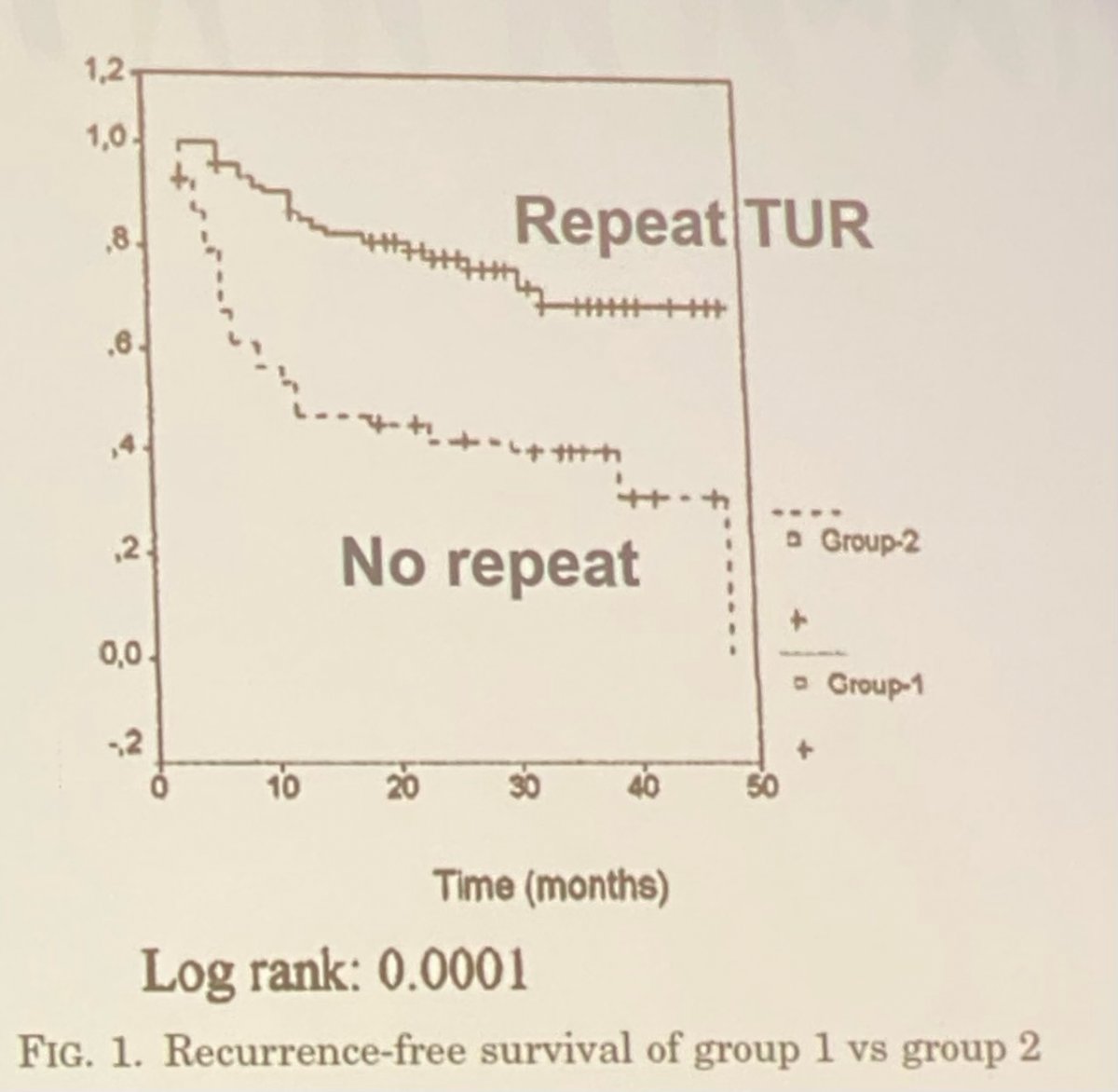 The value of repeat TURBT in those with true T1 disease is further re-enforced by results from European Urology in 2009 that demonstrated that true T1 disease who had repeat TUR and underwent immediate cystectomy or local therapy and surveillance had no significant difference in cancer-specific survival.1 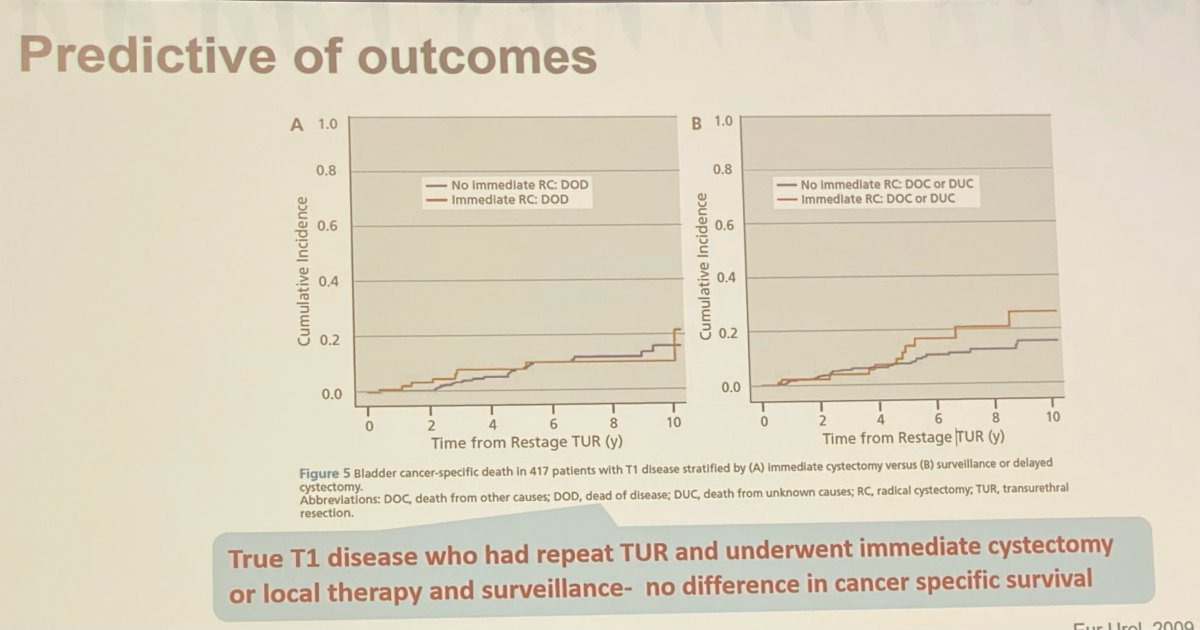 Despite the obvious advantages of repeat TURBT, once must remember that TURBT can be a morbid operation:

Related Content: AUA 2022: Case-Based Debate: Do I Need to do Repeat TUR for All High Grade NMIBC Patients? Con