This website uses cookies to ensure you get the best experience on our website. Privacy Policy
San Francisco, California (UroToday.com) -- Highly focused, intense doses of radiation called stereotactic ablative radiation (SABR) may slow progression of disease in a subset of men with hormone-sensitive prostate cancers that have spread to a few separate sites in the body, according to results of a phase II clinical trial of the therapy. 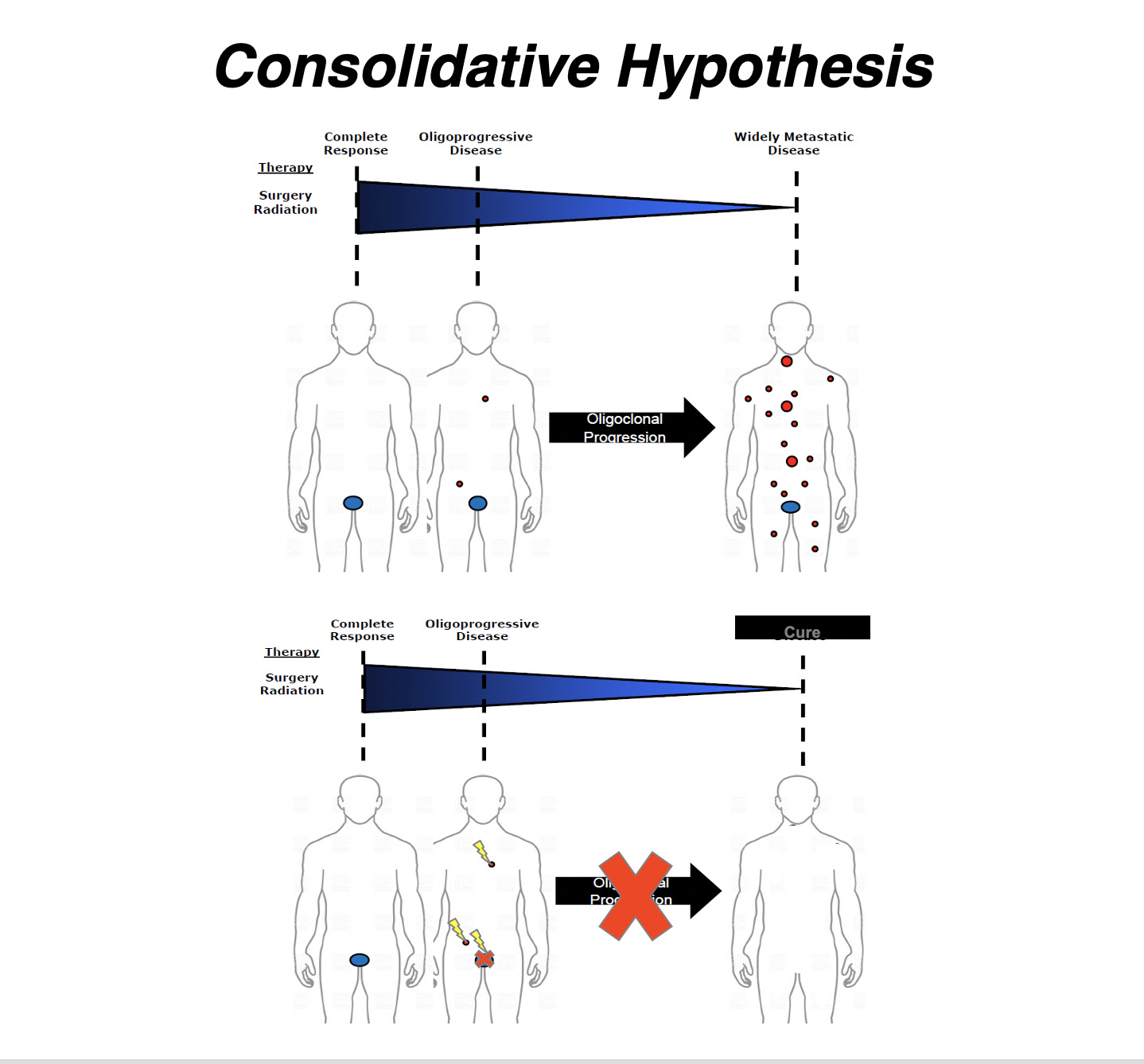 “It has been a longstanding question, especially important now in the era of immunotherapy, whether any type of radiation, and SABR specifically, can stimulate the immune system,” Tran said. “Our trial offers the best data to date to suggest that SABR can cause a systemic immune response.”

Oligometastatic cancers are those that have spread from a primary tumor to one to three sites within the body. Of the estimated 1.3 million men worldwide newly diagnosed with prostate cancer each year, some 20% have metastatic disease, although it’s unclear what percentage of those overall have oligometastatic cancers. Prostate cancer is the third most common cancer and the most common cancer among men in the United States, resulting in about 30,000 deaths annually. Metastatic prostate cancer is incurable, and men with recurrent hormone-sensitive cancers may prefer to delay one of the standard treatments, an antihormone therapy called androgen deprivation therapy. It often causes unpleasant side effects, including erectile dysfunction, loss of bone density leading to fractures, loss of muscle mass and physical strength, fatigue, weight gain and growth of breast tissue among other things.

A report on the study is published March 26 in the journal JAMA Oncology.

Among the 54 men enrolled in the trial, the disease progressed within six months in seven out of 36 (19%) of participants treated with SABR, compared to 11 out of 18 participants (61%) undergoing observation alone. The risk of new cancers at six months was also lower, occurring in 16% of those receiving SABR compared to 63% of those under observation.

There were no significant differences in clinically meaningful side effects or in reports of pain related to the treatment between the two groups, the study found. The average age of the men on the ORIOLE trial were 68-years old, and most participants were Caucasian.

Analysis of immune system white cells in blood drawn from the patients indicated that SABR treatment was associated with an expanded population of T cells, suggesting that the treatment stimulated a full-body immune system response to their cancers, according to the study leader Phuoc Tran, M.D., Ph.D., professor of radiation oncology and molecular radiation sciences at the Johns Hopkins University School of Medicine and a member of the Johns Hopkins Kimmel Cancer Center. Tran co-directs the Kimmel Cancer Center’s Cancer Invasion and Metastasis program with Andrew Ewald, Ph.D., and Ashani Weeraratna, Ph.D., aimed at studying the process by which cancers spread, to expand and develop better treatments for patients with advanced cancers.

The findings suggest SABR might be usefully paired with other immunotherapies to treat recurrent oligometastatic prostate cancers, but Tran cautioned that any potential benefits of such combined therapy will need to be tested in future clinical trials.

The research team also detected a set of tumor mutations in genes known to be important for suppressing cancer development in some patients that correlated with a higher risk of cancer progression even among those undergoing SABR. “This may be a molecular signature which is indicative of the underlying biology of the patient’s cancer,” said Tran.

The biomarker could help clinicians know “which patients are going to benefit the most from a metastasis-directed therapy like SABR” compared to a systemic treatment such as chemotherapy, Tran explained.

The ORIOLE results also suggest that SABR treatment may remove or affect signals that promote the development of micrometastases in recurrent oligometastatic prostate cancer, rather than just “resetting” the clock on the disease until metastases grow large again, said Tran.

Tran and team will continue with phase II studies to determine if they can increase the number of participants with slower disease progression. In the ORIOLE trial, patients with metastatic lesions in the bone were most likely to have their cancers recur in a new bone site. To target these new metastatic bone lesions, Tran and colleagues have another clinical trial called RAVENS that combines SABR with a drug called radium-223 (Xofigo®) that targets metastatic cancer in the bones.

Phillips has received consulting fees and honoraria from RefleXion Medical, Inc. Alizadeh and Deek are co-inventors on patent applications related to CAPP-Seq.Alizadeh has equity in FortySeven and CiberMed and has served as a consultant for Roche, Genentech, Chugai, and Pharmacyclics. Deek has equity in CiberMed, has served as a consultant for Roche, AstraZeneca, BioNTech, Novartis, Varian Medical Systems, and Quanticel Pharmaceuticals, and received honoraria from RefleXion Medical, Inc. Antonarakis has served as a paid consultant/advisor to Janssen, Pfizer, Sanofi, Dendreon, Bayer, Bristol-Myers Squibb, Amgen, Merck, AstraZeneca, Clovis; has received research grants to his institution from Janssen, Johnson&Johnson, Sanofi, Bristol-Myers Squibb, Pfizer, AstraZeneca, Celgene, Merck, Bayer, Clovis; and is an inventor of a biomarker technology that has been licensed to Qiagen. Pomper is a co-inventor on a U.S. patent covering 18F-DCFPyL and as such is entitled to a portion of any licensing fees and royalties generated by this technology. This arrangement has been reviewed and approved by the Johns Hopkins University in accordance with its conflict-of-interest policies. Roew is a consultant to Progenics Pharmaceuticals, the licensee of 18F-DCFPyL. Gorin has served as a consultant to Progenics Pharmaceuticals. Rowe, Gorin, Pienta, and Pomper receive research funding from Progenics Pharmaceuticals. Dicker is an employee of Thomas Jefferson University/Jefferson Health. Dicker has performed advisory activities for Roche, EMD Serono, Celldex, Janssen, Cybrexa, Self Care Catalysts, Oncohost, ThirdBridge, and Noxopharm. Dicker has provided expert testimony on intellectual property for Wilson Soncini. Dicker has served as an unpaid advisor for Google LaunchPad Accelerator, Dreamit Ventures, and Evolution Road. Tran has received consulting fees from RefleXion Medical, Inc. and Noxopharm and research grant support from RefleXion Medical, Inc., Astellas Pharmaceuticals, and Bayer Healthcare.