BERKELEY, CA (UroToday.com) - The aim of the current study was to assess the association between OAB symptoms and objective parameters from a bladder diary and filling cystometry. These tools are frequently used in outcome research to evaluate effectiveness of OAB treatment. Therefore it is essential to know the associations of the different OAB symptoms, with parameters that are measured with the bladder diary and filling cystometry. 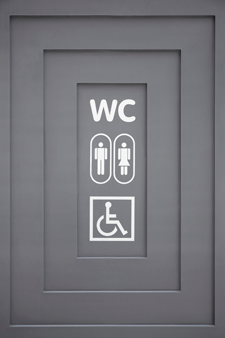 Our results show that after correction for the presence of other symptoms, the association between OAB and objective parameters is mostly attributable to voiding frequency and nocturia. The key symptom of the OAB syndrome, urgency, appeared either not at all or only poorly associated with objective parameters from the bladder diary and filling cystometry. This may reflect the difficulty in defining and quantifying urgency.

Ever since the introduction of the OAB syndrome into official standardized terminology, there has been an ongoing debate about the accuracy and content of the definition of OAB. The emphasis on urgency as the key symptom is not based on a scientific factor and may have originated from the introduction of the OAB syndrome by the pharmaceutical industry.

Although the definition appears quite simple, it is suggested that urgency might not be an “all or nothing” sensation. It is plausible that there are different types of urgency that can be experienced and modulated in various ways. The individual perception of urgency makes it almost impossible to create a uniform definition for the heterogeneous patient population with OAB symptoms. Because of the subjective nature of the urgency symptom it is to be expected that associations with objective parameters are limited.

A possible limitation of our study is the fact that the study population only consisted of women with urogenital dysfunction. Consequently, the women without a particularly bothersome OAB symptom that were entered into the comparison group (Group 1) were not entirely without symptoms, but did experience other symptoms of urogenital dysfunction. This may have limited the differences we observed between groups. However, despite this, the observed differences were not only statistically significant, but also clinically relevant as shown by our effect size statistics. If we had used a completely healthy control group, the differences were likely to have been even more pronounced.

Nadine Daan, MD* as part of Beyond the Abstract on UroToday.com. This initiative offers a method of publishing for the professional urology community. Authors are given an opportunity to expand on the circumstances, limitations etc... of their research by referencing the published abstract.