SAN DIEGO, CA USA (UroToday.com) - Currently, 88 000 prostatectomies are done in the US on yearly basis.

Although surgeon skill plays an important part in the recovery outcomes, there is an omnipresent element in every surgical intervention: inflammation. The group from University of California, Irvine has been employing localized hypothermia in the rectum during robotic assisted radical prostatectomy (RARP) to mitigate the effects of tissue damage brought upon by the process of surgery. They hypothesize that localized hypothermia mitigates the effects of the inflammatory process responsible for tissue damage in response to surgical trauma. This study primarily focused on the effect of localized hypothermia on inflammatory markers in the context of an aging RARP patient population.

Minimally invasive surgical techniques have been employed to avoid unnecessary trauma. However, with the first breach of the epidermis, the body’s immune system becomes activated. Surgical trauma initiates an acute phase in which macrophages and monocytes release pro-inflammatory cytokines such as tumor necrosis factor alpha (TNF-α) and interleukin-1 beta (IL-1β), which in turn stimulate the release of IL-6. IL-6 has been implicated with the extent of tissue trauma and has been well documented as a modulator of polymorphonuclear leukocyte (PMN) activity. PMNs are important to consider in surgical procedures since they are the first responders to the site of injury. PMNs generate several potent oxygen species or unleash a battery of proteolytic enzymes. The membrane-bound NADPH oxidase manufactures at least two reactive metabolites, the superoxide anion (O2-) and hydrogen peroxide (H2O2), that along with the discharge of intracellular granules, damage normal tissue in the course of targeting pathogens. In addition, a powerful oxidant, hypoclorous acid (HOCl), is generated by myeloperoxidase (MPO) by combining H2O2 and Cl-, which has the potential to attack biologically relevant components. Neutrophil granules contain three powerful proteases that would be able to target the extracellular matrix and potentially damage it. The extracellular matrix contains protease inhibitors, but these are inactivated when they are oxidized by HOCl, thus allowing the neutrophils elastases to target the extracellular components. It has also been suggested that inappropriately down-regulated inflammatory stimuli could activate PMNs to mount an attack on the host. The choreography of PMN activation, culminating in phagocytosis, is more complicated under different environments such as hypothermia or when evaluating subjects from aged populations. This study aimed at investigating inflammation in such environments.

The study included a total of 110 patients undergoing Robotic Assisted Radical Prostatectomy (RARP) from a single surgeon (Thomas Ahlering). Of these, 52 patients underwent localized hypothermic RARP (hRARP) as described previously by the group and 58 age-matched cases from a historical RARP control group.

An endorectal cooling balloon (ECB) is inserted upon patient sedation and constant ~4°C saline is circulated to reach the prostate and surrounding tissue throughout the RARP, but un-affecting whole body temperature. Care was taken to select controls and study cases surrounding the introduction of hypothermia, so as to maintain homogeneity in surgeon technique. There were no complications with the ECB for hRARP patients in this study.

All prostate specimens were fixed and subsequently stained with hematoxylin and eosin (H&E) for histological examination. All slides containing posterior-lateral prostate specimens from each case were evaluated, and a single slide with the highest amount of PMNs was selected by a single experienced pathologist (PC). Mean PMN counts from five random high-powered (400x) fields in the area of greatest PMN concentration (as determined by PC) were obtained from blinded slides. Care was taken to not include PMNs in severely hemorrhaged areas, those not fully clearing the endothelium, and in adipocyte-saturated areas. Two cases from each of the groups had less than five fields, due to the aforementioned areas, but their mean PMN counts were still evaluated. All counts were reviewed and confirmed by PC prior to finalization.

The Control and hRARP groups had comparable demographic data. Figures 1 and 2 are representative slides used for PMN enumeration and Figure 3 is the median PMN counts for the two groups. The average and median PMN counts in the control group were significantly greater than hRARP group (p-value is 0.0024, and 0.0023 respectively). Figures 4 and 5 demonstrate that, with advancing age, mean PMN counts increased for controls, but the Hypothermia group had diminishing infiltration of PMNs. Overall, the mean and median number of PMNs were reduced ~50% (61 vs. 24) for hRARP versus controls (p=0.002). Figure 6 is a Kaplan-Meier of time to reach 0-pad continence between groups, which was significantly shorter (median of 22 vs. 64 days) for hRARP as compared to controls (p < 0.001).

This blinded pathological study demonstrated a 50% reduction in PMNs supporting an anti-inflammatory mechanism for the beneficial effects of hypothermia on urinary outcomes following RARP. Another interesting finding among controls is that localized inflammation increased with advancing age, given the same amount of trauma. Our data supports that as men age, the increased risk of incontinence and delayed continence is inflammation related, and hence localized hypothermia during RARP is an appropriate therapy to consider for urinary outcomes. Future studies would be helpful to identify other inflammatory markers to further characterize the effects of hypothermia on the local inflammatory makeup specific to RARP. 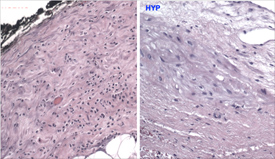 Figures 1 and 2: Representative slides for the normothermic (Control) and hypothermic RARP groups 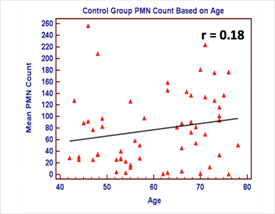 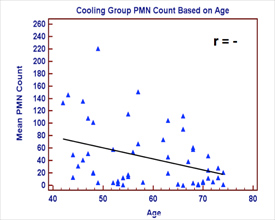 Figures 4 and 5: Control group had greater counts of PMNs with advancing age, while hRARP group had diminished trend of PMN infiltration 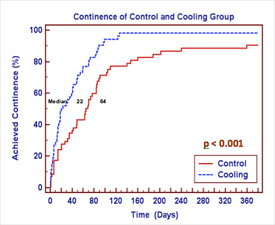 Figure 6: Improved recovery of continence with hRARP compared to controls

Selected as the best poster of session MP33: Technology and Instruments: Robotics: Benign & Malignant Disease (I)