Dr. Hu began by highlighting the rationale focal therapy, stemming from the AUA-U.S.Federal Drug Administration (FDA)-SUO Partial gland ablation for prostate cancer workshop in May of 2015. At that session, one of the patient advocates stated that to “ablate the cancer cells within the gland and still maintain the safety of the gland, seems like a promise from heaven, something that we would really – every man would like to have happen… The guys who have chosen to have active surveillance, many of them really dread the biopsies… Our hope is that the men with low-risk cancer would say… I would go on active surveillance but I would much rather have partial gland ablation than to have the full gland either surgically removed or radiated or frozen”. While most urologic oncologists widely advocate active surveillance for appropriately selected patients, this patient’s testimony highlights the burden of surveillance including repeated biopsy.

Interest in focal prostate ablation has grown since the widespread utilization of magnetic resonance imaging (MRI) and MRI-fusion biopsy. While this approach has facilitated focal ablation, there are limitations to the information that MRI can provide. Notably, there is a discrepancy between the extent of a lesion on MRI and its extent on whole-mount pathology with an average of 14mm greater tumor extent on whole-mount pathology than apparent on MRI. This may contribute, in part, to the rates of residual cancer found on biopsy following ablation. Highlighting their own experience in cryotherapy at Cornell, Dr. Hu described their approach utilizing ipsilateral targeted and systematic biopsies following ablation.

While there are difficulties with initial MRI prior to ablation, Dr. Hu emphasized that these may be magnified following local therapy. Partial gland cryoablation induces numerous changes in the prostate which may make interpretation of the imaging and localization of the tumor more difficult. The region of interest may change in both size, location, and orientation as a result of treatment. Further, a systematic approach such as PIRADS is not validated in patients who have had prostate treatments including focal ablation. He cited an example in which the evidence of persistent disease leads to radical prostatectomy, allowing for whole-mount pathology as the gold standard. 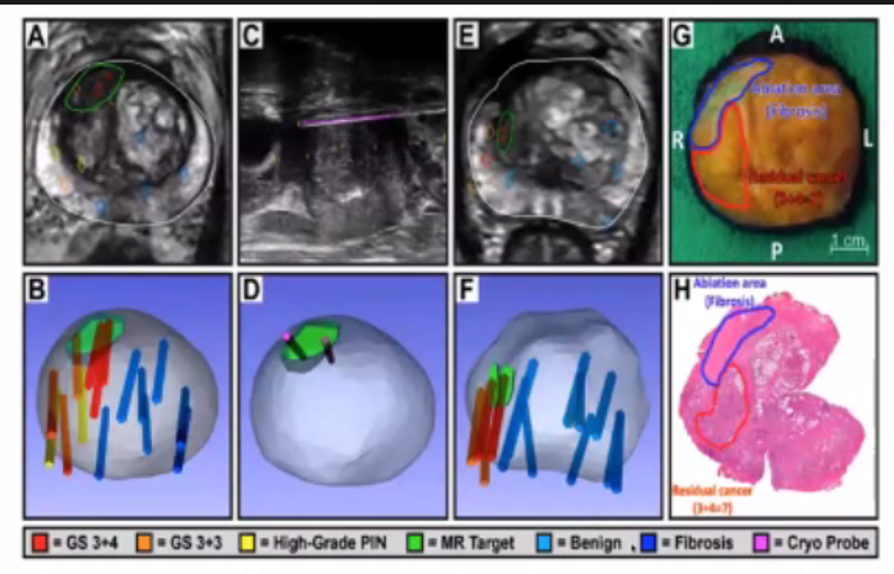 Perhaps the largest development, however, is the development of a study schema to evaluate the role of focal therapy in addition to surveillance, with the goal of reducing local progression and local therapy (such as external beam radiotherapy or radical prostatectomy). 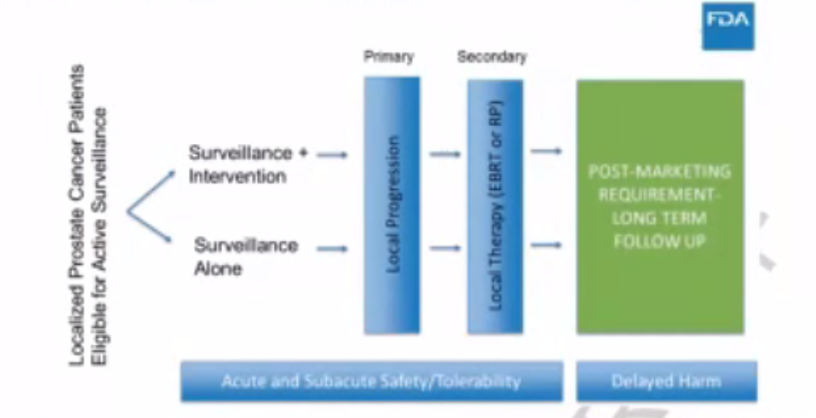 Dr. Hu highlighted that the graveyard of randomized trials is prostate cancer is large with a large number failing to accrue, despite very clinically relevant questions and appropriate methodology. Further, he highlighted concerns regarding moving targets. For example, the TOOKAD trial assessed padeliporfin vascular-targeted photodynamic therapy in patients undergoing active surveillance for low-risk prostate cancer. This study was designed to assess progression and found a significant difference in progression for patients receiving PDT. However, the FDA rejected the data from this study, highlighting concerns that endpoints may become obsolete between study design and completion. This raises the spectre of an observational research approach which may be more flexible. Thus, Dr. Hu initiated the PCORI-funding Prostate Cancer Comparative Outcomes of New Conceptual Paradigms for Treatment (PC CONCEPT).