(UroToday.com) The Society of Urologic Oncology (SUO) held a virtual meeting on Saturday, July 18, 2020, in place of the usual meeting held at the American Urological Association annual meeting. This virtual meeting was divided into sessions on bladder cancer, kidney cancer, and prostate cancer. In the session on kidney cancer, Ashkan Malayeri, MD, presented an "Update on Emerging and Novel Imaging in Renal Cell Carcinomas (RCCs)," focusing on four areas: radiomics and radiogenomics of RCCs, machine learning and artificial intelligence. Other important considerations that were beyond what he could cover in the session included the standardization of reporting with a new Bosniak Classification in 2019 as well as molecular imaging of RCC.

Dr. Malayeri began by highlighting imaging-related challenges that are specific to RCC. These include the complexity of medical images, the heterogeneity of pathology and the lack of robust imaging-pathology correlation. 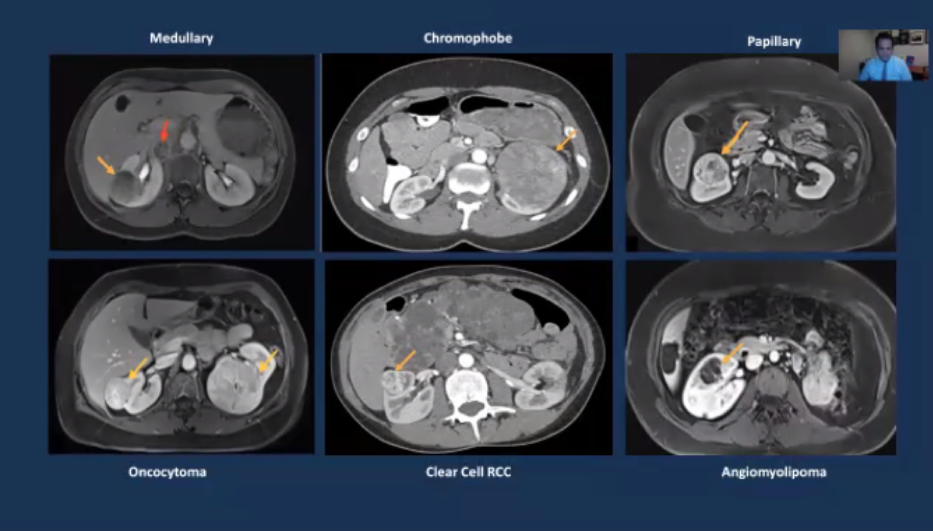 He then moved to a discussion of radiomics and radiogenomics. To begin, it’s important to recognize the differences between these entities: Radiomics is an approach to obtain data from radiographic images that are not available to the human observer. More technically, this is a translational field of research that seeks to extract minable high-dimensional data from clinical radiographic images. 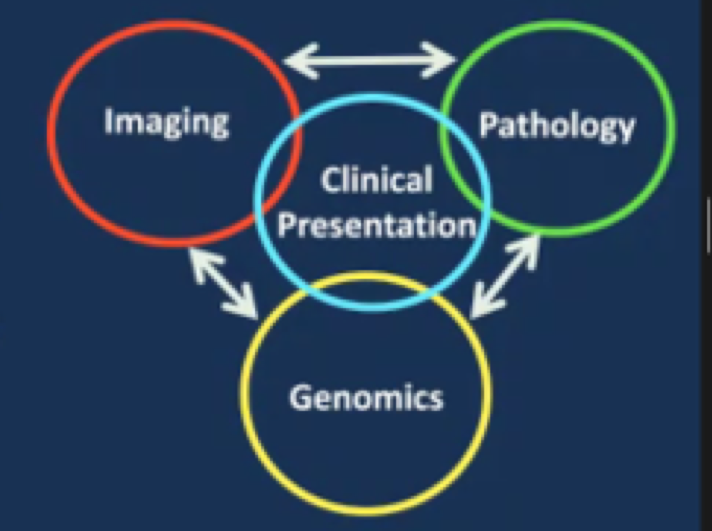 In the standard clinical approach, we utilize an imaging phenotype to guide treatment decisions (i.e. tumor biopsy or resection) which lead to tissue sampling. In turn, pathologic analysis of the tissue can lead to a characterization of genomic characteristics of the tumor which can be used to for both prognostic indications and to tailor therapeutic interventions.

Radiogenomics on the other hand is the relationship between imaging characteristics of a tumor (ie. the imaging phenotype) and its genetic expression (molecular phenotype). 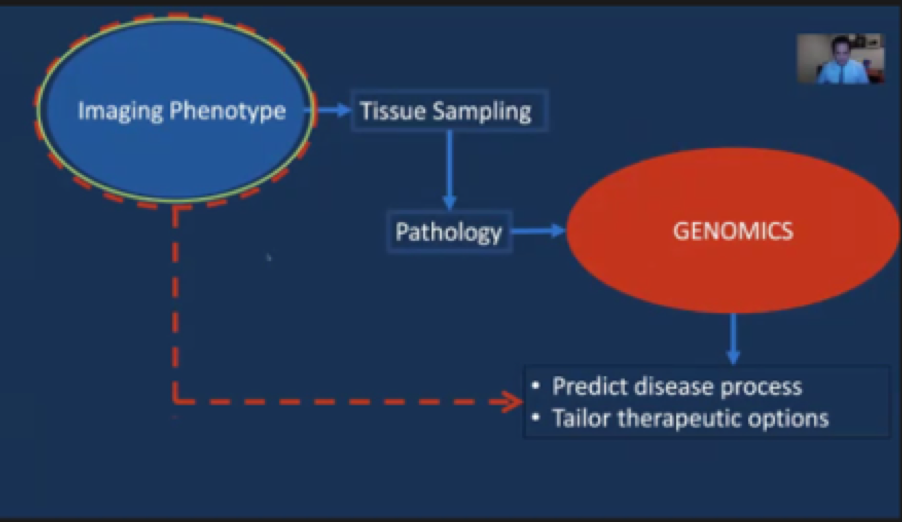 In contrast, radiogenomics seeks to move directly from the imaging phenotype to prognostication of the tumor biology and natural history and tailoring of treatments.

He then cited an example of radiogenomic derivation beginning with the molecular target phenotype and correlating with an image feature library to create an image phenotype. On the basis of this process, a radiogenomic risk score predictor was derived which allowed for dichotomization of tumor risk into those deemed high risk and those deemed low risk.

This allowed for the derivation of numerous traits which were subsequently aggregated into a composite score. In both training and validation cohorts, this predictor showed an ability to predict clinical behavior of tumors, however, it has not yet transitioned to clinical practice in most institutions. 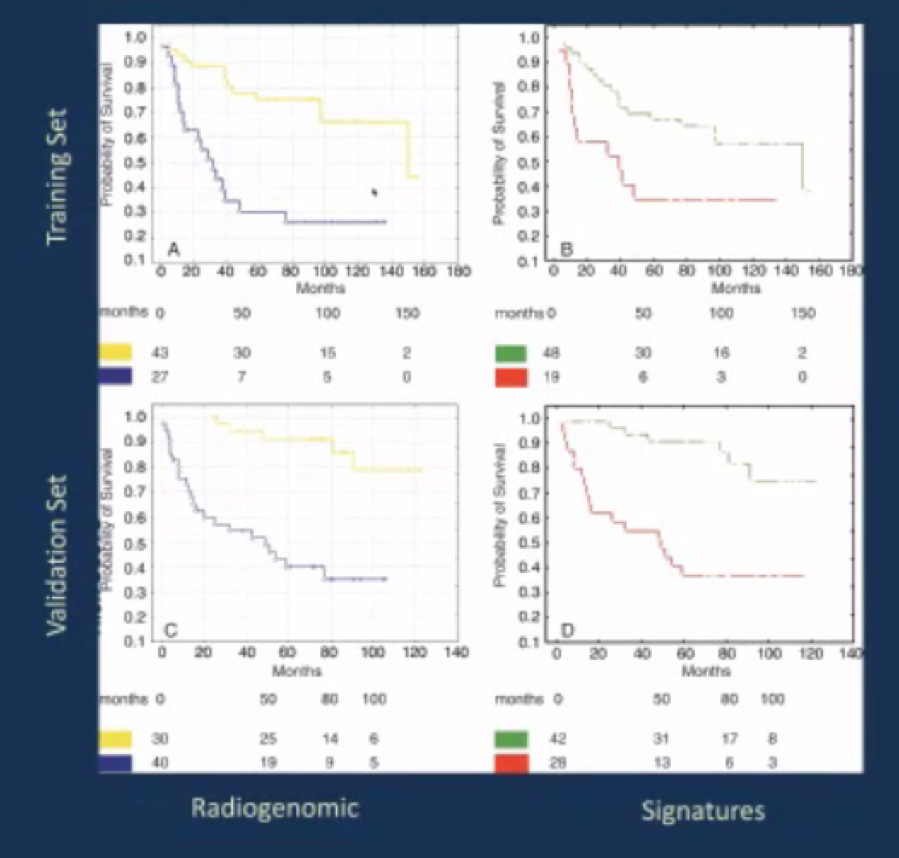 Citing another example from his work in the radiomics of VHL patients at the NIH, Dr. Malayeri detailed their assessment of the degree of restricted diffusion of baseline MRI to predict growth rates of VHL-associated ccRCC. They found that patients with lower ADT had higher doubling time, with an AUC under the ROC curve of 0.86 (p<0.001). 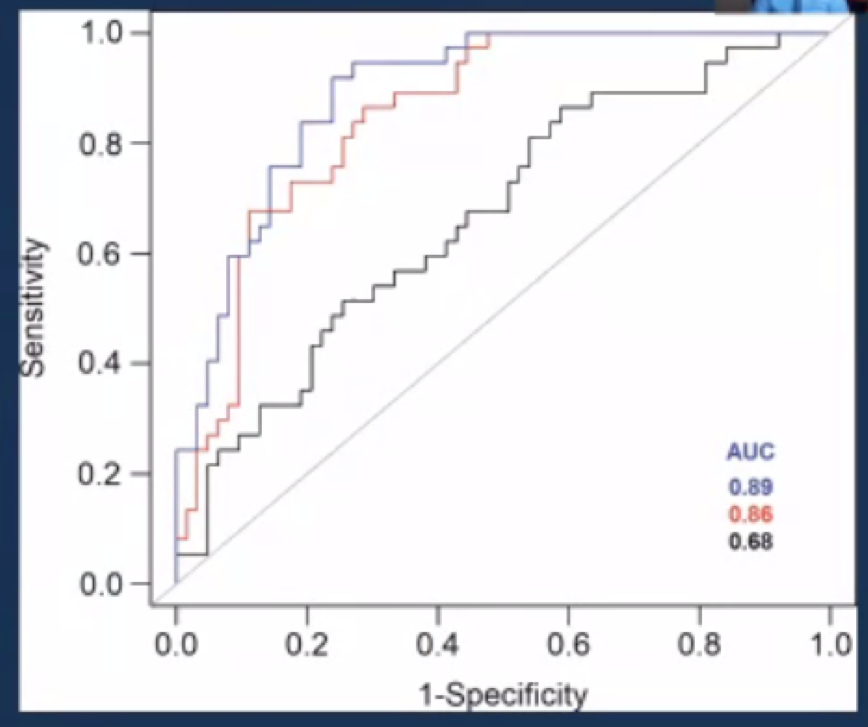 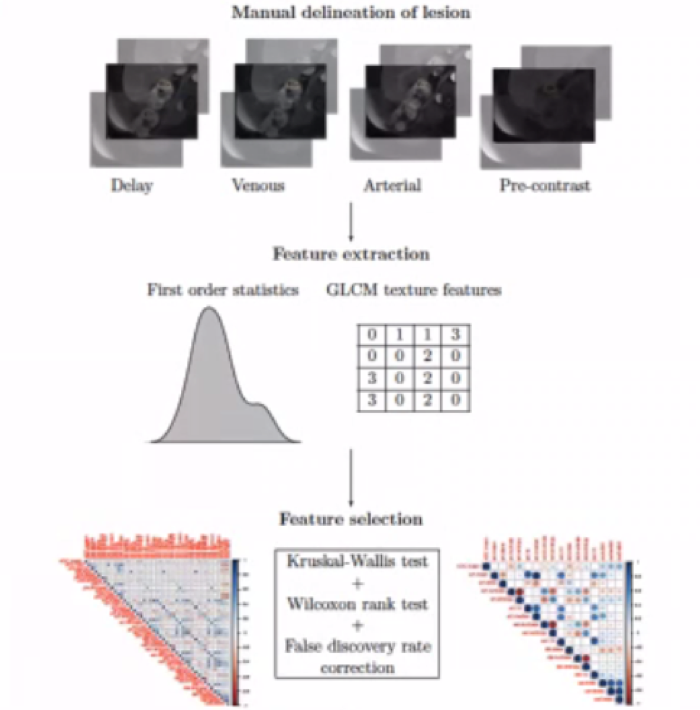 The resulting predictive models had an accuracy of approximately 78% for the prediction of oncocytoma, clear cell RCC, and papillary RCC.

Dr. Malayeri then highlighted potential roles for artificial intelligence (AI) in the radiographic assessment of RCC. This includes detection, lesion characterization, prediction of natural history, and prediction of treatment response. Perhaps the most important role for AI in RCC is to differentiate tumor histology. He highlighted work using a feature extractor with ResNet-101 to distinguish oncocytoma from ccRCC. Using a convolutional neural network architecture, the authors predictive model had an overall 88% accuracy with slightly better performance for the prediction of ccRCC than for oncocytoma. In fact, the AI approach outperformed two expert radiologists.

In closing, Dr. Malayeri emphasized that radiomics, radiogenomics, machine learning and AI will play a large role in the radiographic assessment of RCC in the future with a particular goal to detect these tumors early, accurately differentiate the histologic tumors, and predict outcomes.