(UroToday.com) The 23rd Annual Meeting of the Society of Urologic Oncology held in San Diego, CA between November 30th and December 2nd, 2022 was host to a prostate cancer session. Dr. Ashley Ross, MD, PhD presented the results of an external validation of a digital pathology-based artificial intelligence (AI) model predicting metastasis and death in high and very high risk men from the NRG/RTOG 9902 phase III trial.

Dr. Ross began his abstract presentation by emphasizing the importance of accurate risk stratification to guide management decisions in patients with localized prostate cancer. In 2022, Esteva et al. published the results of a multi-modal artificial intelligence (MMAI) model that was developed based on digital histopathology and clinical data (age, PSA, clinical T stage, and Gleason Score) and subsequently validated in five phase III prostate cancer trials (NRG/RTOG 9202, 9408, 9413, 9910, and 0126). This model outperformed standard risk models from the NCCN for the prediction of distant metastasis and prostate cancer-specific mortality.1 In this study, the authors sought to further validate their MMAI models for their prediction of distant metastases and prostate cancer-specific mortality in NRG/RTOG 9902, a phase III randomized trial of men with localized or locally advanced high risk prostate cancer.2

The validation cohort consisted of 318 patients with localized high-risk prostate cancer from NRG/RTOG 9902 and available histopathologic data. This accounted for 84% of all eligible patients. The authors used the previously locked models to generate the MMAI scores and evaluate their prognostic ability. Comparators consisted of individual patient clinical and pathologic. Survival analysis using cumulative incidence curves was utilized. Performance was assessed using univariable Fine and Grey modeling as well as the area under the time-dependent receiver operating characteristic curves. Parameter estimates were reported as hazard ratios per standard deviation increase of the score. Since there were no significant differences in outcomes between the two study groups of the NRG/RTOG 9902 trial and both arms were well-balanced, the authors considered the entire trial population as one group for outcome analysis purposes.

The study included 318 patients with a median baseline PSA of 23.0 ng/ml. cT3-4 and Grade Group 4-5 disease was present in 32% and 67% of patients, respectively. Median follow-up was 10.0 years. With regards to the oncologic events of interest, 42 patients experienced distant metastasis and 29 died of prostate cancer. As demonstrated in the table below, on univariable modeling, the MMAI score outperformed all the clinical variables (age, PSA, clinical T stage, Gleason Score) for its 5- and 10-year distant metastases and 10-year prostate cancer-specific mortality prognostic ability: 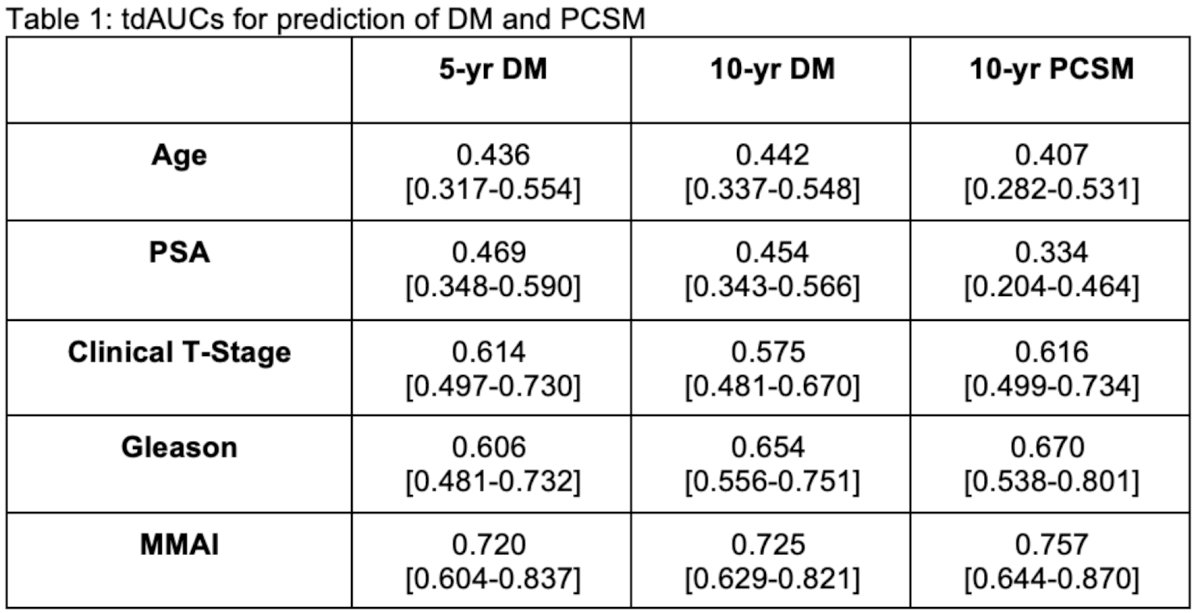 When operationalized as a categorical variable with four quartiles, patients in the lowest three quartiles MMAI scores had estimated five- and ten-year distant metastatic rates of 4% and 7%, whereas those in the highest quartile were 19% and 32%, respectively. Similar results were noted for 5 and 10-year prostate cancer-specific mortality rates. 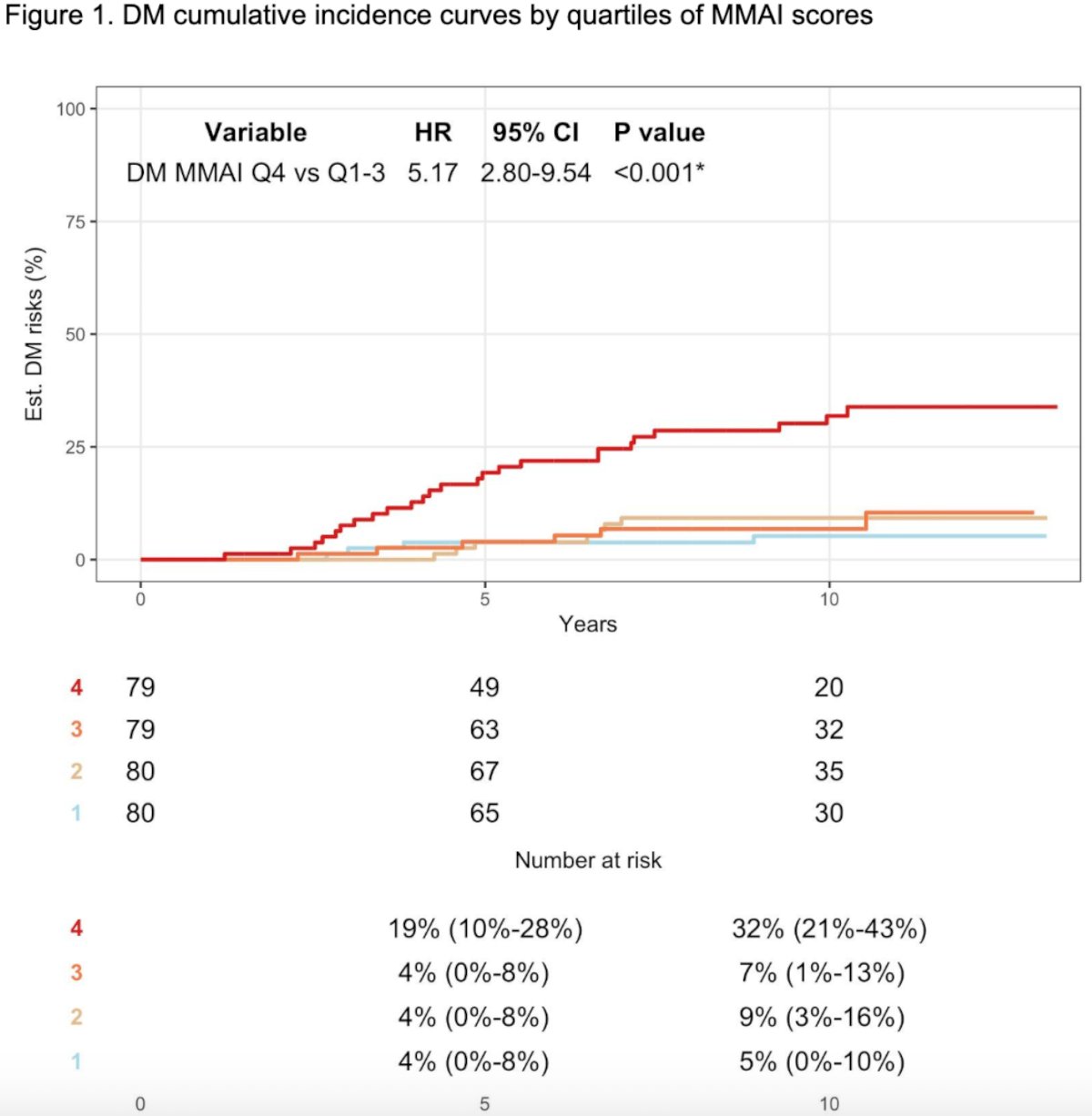 The authors concluded that MMAI prognostic models outperform clinical and pathologic variables, albeit when compared individually, for the prediction of distant metastases and prostate cancer-specific mortalities in a population of men with localized high-risk prostate cancer. This study provides further support to the clinical use of MMAI models to improve prognostication in high-risk patients and allow for an individualized, risk-adapted treatment approach.