(UroToday.com) In a plenary session at the Society of Urologic Oncology Annual Meeting focused on early prostate cancer diagnosis and treatment, Dr. Behfar Edhaie spoke, in place of Dr. Sigrid Carlsson, about considerations for the use of active surveillance in patients with grade group 2 prostate cancer.

Dr. Ehdaie first emphasized that, based on data from the ProtecT trial (as well as many other studies), there is evidence that immediate definitive treatment for prostate cancer results in worsening of many domains of health-related quality of life including urinary, bowel, and sexual function. Further, in data from MSKCC, he emphasized that delaying radical prostatectomy results in significantly higher average 10-year erectile function, even when radical prostatectomy is eventually performed. 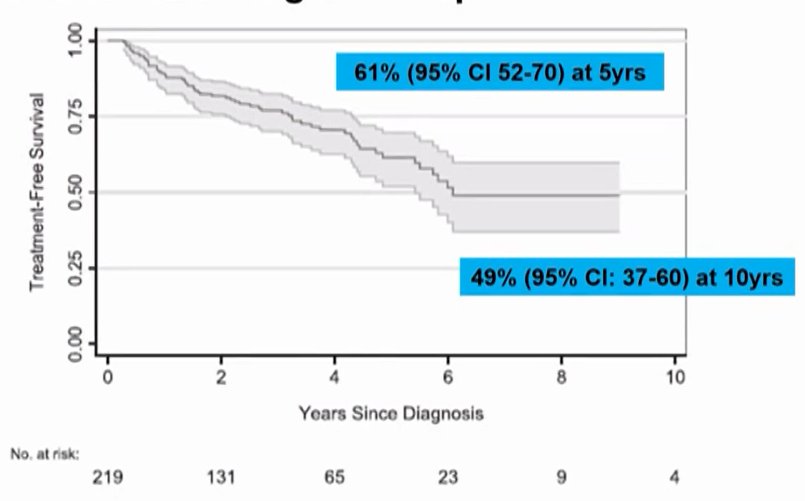 Fortunately, Dr. Ehdaie highlighted that the utilization of active surveillance has been increasing in the United States over the past two decades. However, it still lags behind many other countries. In Sweden, 19% of men with intermediate-risk prostate cancer are treated with active surveillance, a rate that is much higher than in North America. However, he emphasized all clinical practice guidelines (including EAU, NICE, NCCN, AUA, and ASCO) provide recommendations on the use of active surveillance in patients with grade group 2 disease. In particular, recommendations center around appropriate patient selection, the utilization of this approach in patients with favourable intermediate-risk disease with a low volume of pattern 4 and low PSA density, as well as the role of multiparametric MRI and molecular markers.

To date, there are four randomized controlled trials (SPCG-4, PIVOT, ProtecT, and PREFERE) and 14 observational studies which provide evidence regarding the oncologic outcomes for patients undergoing expectant management for intermediate-risk prostate cancer. In ProtecT, there were very few prostate cancer-related deaths observed at 10-years of follow-up, without differences between treatment approaches. Notably, this study included 21% of men with grade group 2/3 disease and 2% of men with grade group 4/5 disease. Further, the active monitoring utilized in this trial is somewhat less intensive than most active surveillance regimes. In this study, 5 of 8 men treated with active monitoring who died of prostate cancer were diagnosed with Gleason 7 prostate cancer with many patients having a large number of involved biopsy cores (up to 6). Thus, according to contemporary guidelines, many of these patients may not be considered appropriate candidates for active surveillance.

Among the 14 observational studies, median follow-up ranges from 1.8 to 8.2 years and many have demonstrated no evidence of metastasis or prostate cancer-specific mortality with observation.

Compared to these historical data, Dr. Ehdaie argued that contemporary active surveillance (with the reclassification of cribriform glands to pattern 4, the use of mpMRI, increasing numbers of biopsy cores, the utilization of confirmatory and surveillance biopsies, and use of genomic classification markers) is expected to result in better outcomes for patients with intermediate-risk prostate cancer.

Additionally, he emphasized the importance of alterations in germline DNA damage response genes as potential adverse prognostic factors for active surveillance with an increased rate of progression seen among men with mutations in BRCA1, BRCA2, or ATM.

He, therefore, concluded that active surveillance is a viable option for select patients with grade group 2 prostate cancer, after appropriate selection. Notably, quantification of the pattern 4 disease on biopsy may be useful for patient selection.