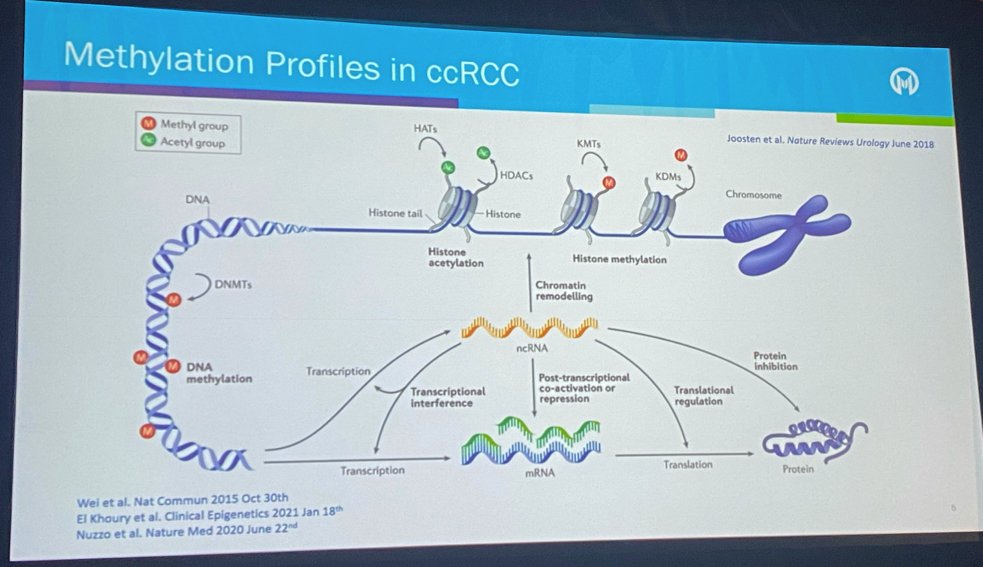 When the methylation characteristics of short-term survivors (STS) and long-term survivors (LTS) were compared, there appeared to be a trend toward hypermethylation in STS tumors, although this was not statistically significant.2 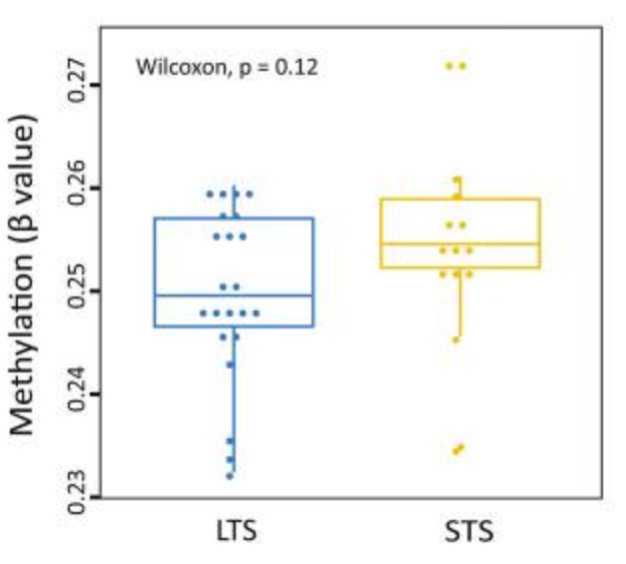 Dr. Manley likened this assay to a barcode that can be used to potentially discern each individual patient’s prognosis, optimal treatment, etc.

Next, Dr. Manley addressed the issue of spatial immune cell patterns in RCC. Immune infiltrate is measured as: classically cell density / % Cells positive. In work from the Moffitt Cancer Center, 122 patients with RCC (97 clear cell, 17 papillary, five chromophobe, 3 other) across all stages (~30% stage IV), a multiplex immunofluorescence technique was used to assess lymphoid (CD3, CD8, FOXP3, T-bet) and myeloid (CD68, CD163, CD206, CD20) panels. The investigators focused on the tumor/surrounding environment interface, evaluating tumor/environment affinity for immune cells, visualizing the “tug-of-war” of these cells across the two interfaces. The question becomes whether these cells are clustered within the tumor or the stroma. Tumor/CD163 interface clustering was evaluated across the various RCC stages as depicted in the image below. 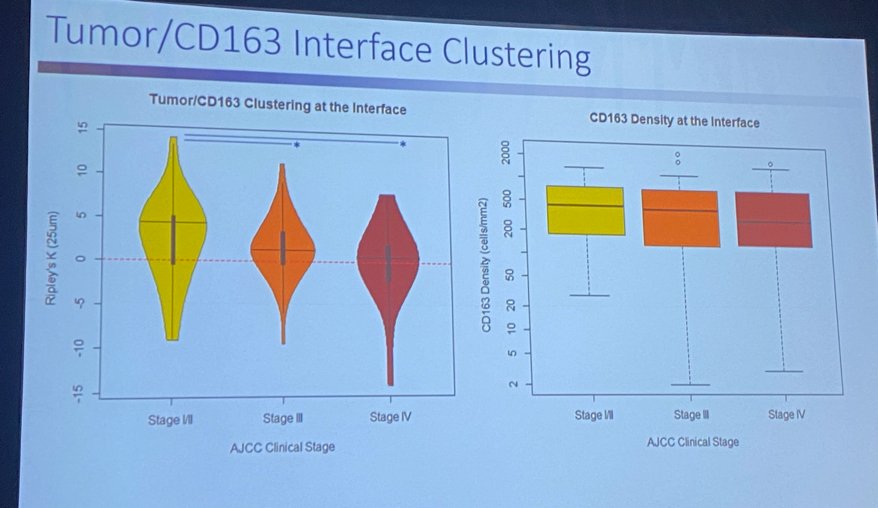 CD163, a marker of perivascular macrophages, was noted to cluster differentially based on the stage of the tumor. As illustrated in the image below, CD163 clustered within the tumor in earlier stages and in the stroma with advanced tumor stages. This “march of the macrophages” was dubbed a tumor Quick Response (QR) code for a patient by Dr. Manley. 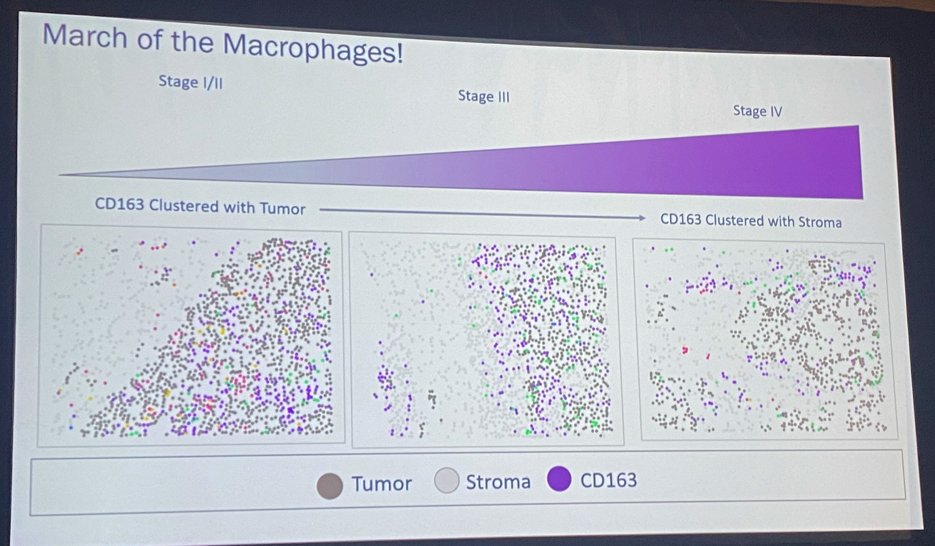 This tumor/CD163 clustering can be used as a gene signature to predict overall survival. With “high clustering” a favorable prognostic factor in both the Moffitt and TCGA cohorts. 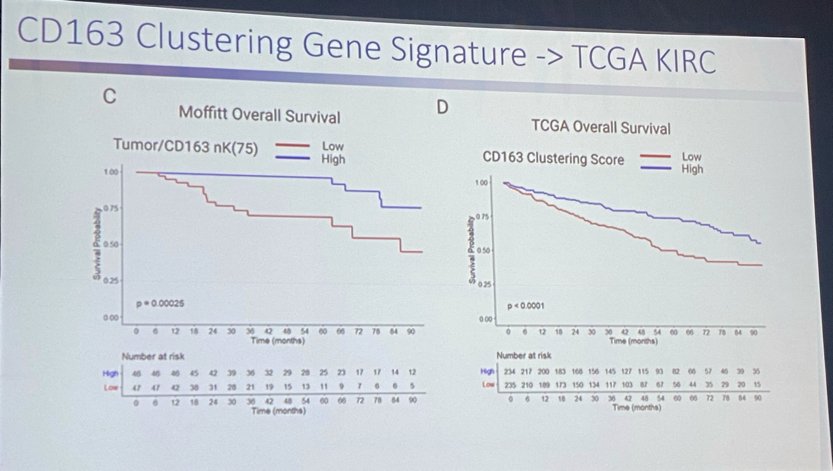 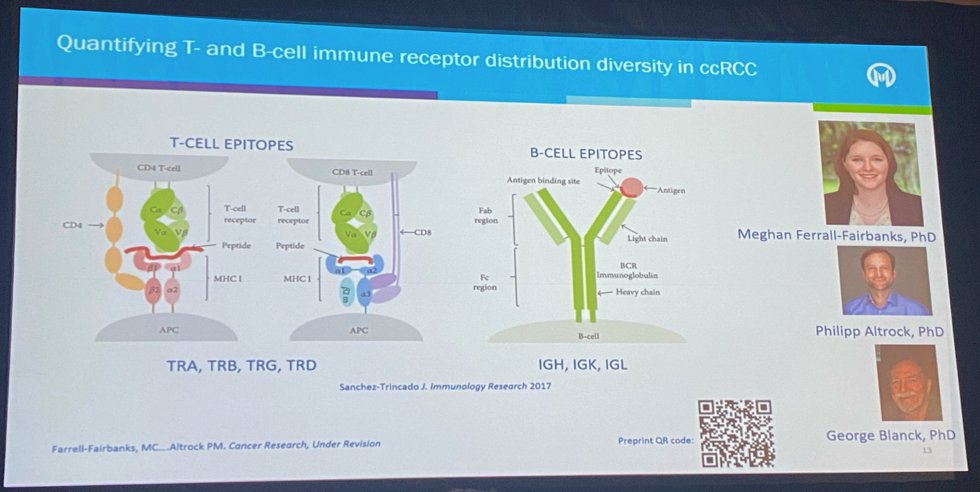 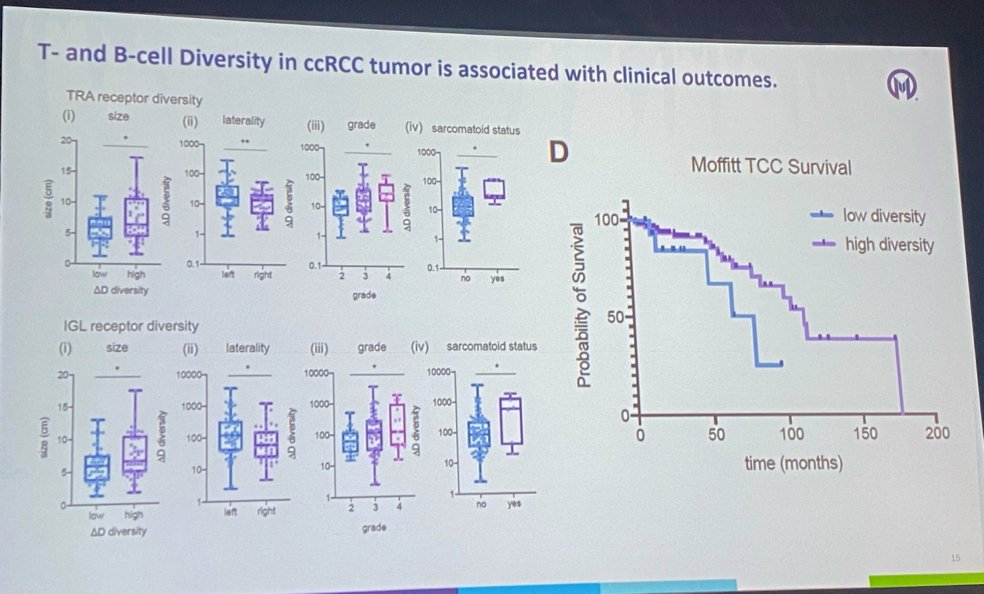 Finally, Dr. Manley went on to discuss the importance of RNA splicing in ccRCC. Aberrant splicing is only seen in specific states (e.g. cancer). Splicing events tend to be consistent (i.e. a hotspot). They create less “noise” compared to gene expression. Defining splicing or neojunction is method dependent, but the biologic or clinical relevance remains unclear. EGFR appears to be one of the most common splice variants or hotspots seen in RCC. These splice variants have a similar frequency of events across multiple cohorts. Notably, a risk score based on the frequency of these splice variants can be used to predict overall and cancer-specific survival. 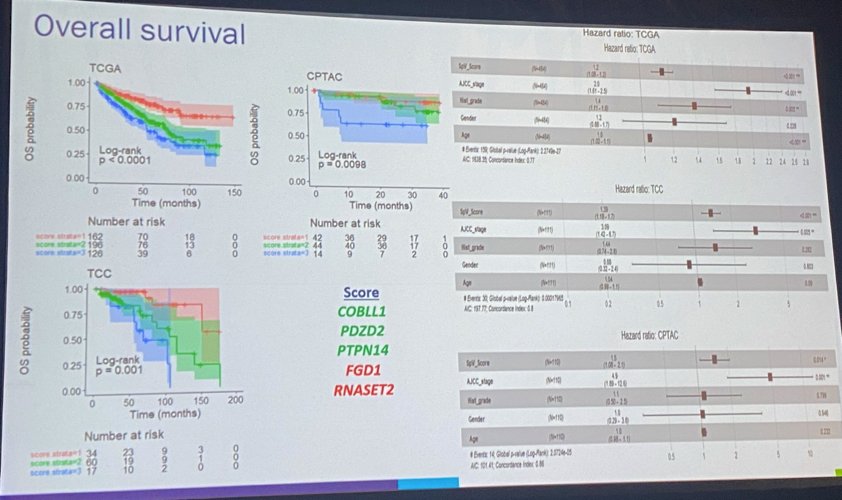