Washington, DC (UroToday.com) The session on Non-muscle invasive bladder cancer (NMIBC) at this year’s Society of Urologic Oncology Annual Meeting continued with a presentation from Dr. Georgios Gakis on the role of en bloc resection of bladder tumors.

He began by highlighting the importance of TURBT in the management of bladder cancer – demonstrating that 68% of all costs attributable to bladder cancer treatment are related to TURBT. He then suggested that conventional TURBT violates the principles of oncologic surgery that we apply to other cancer operations. 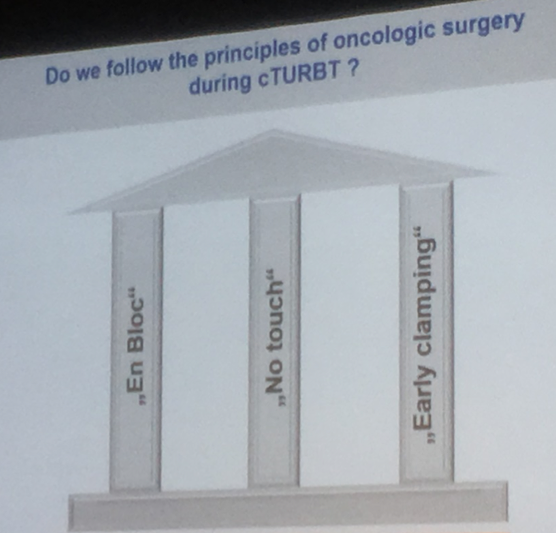 With this in mind, he suggested that en bloc TURBT may offer advantages that are more concordant with these standard oncologic principles. First, due to the nature of the specimen preservation, greater prognostic information may be derived through a more thorough assessment of the extent of the lamina propria invasion. 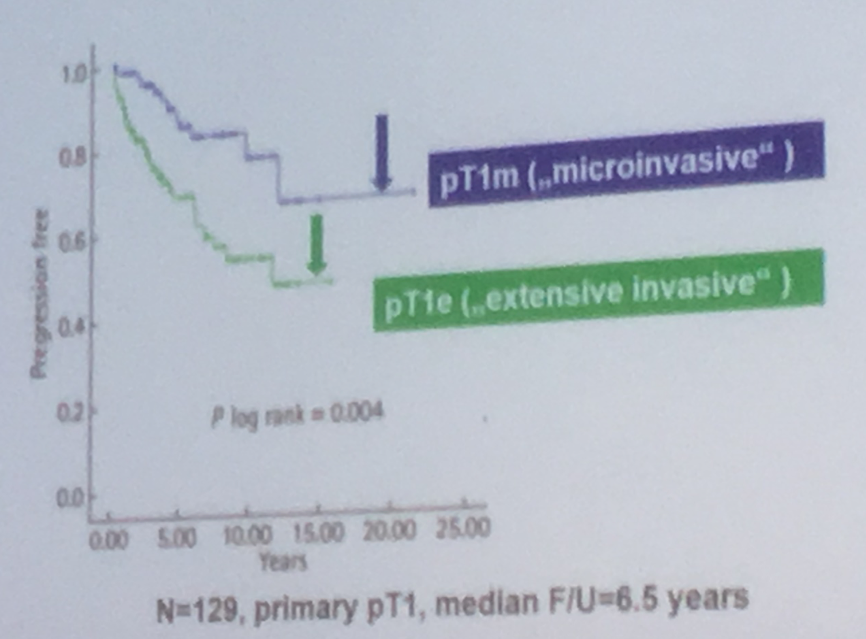 Second, while conventional TURBT often induces significant cautery artifact which may obscure pathologic assessment, en bloc resection avoids this issue in large part. Finally, positive margins with conventional TURBT are often not deep as we worry about but at the lateral margins instead. He then discussed the technology for, and technique of, en bloc resection. En bloc TURBT may be performed using electrocautery, laser energy, or a hydrojet assisted device. 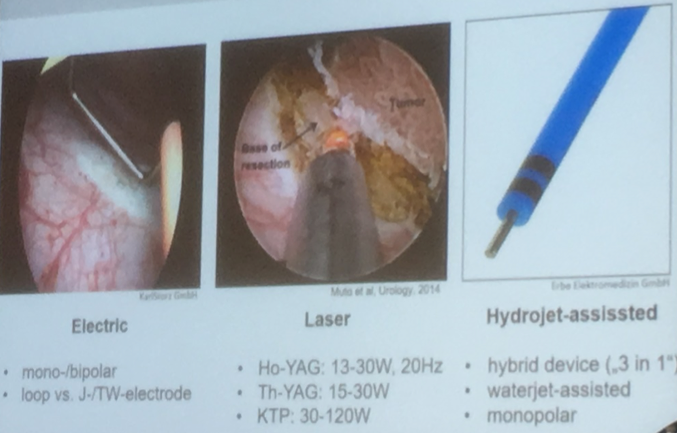 This approach involves a sequence of steps for isolation and resection of the tumor:

#1. Marking of the margins of resection

#2. Infiltration of the tissue underlying the tumor with saline to elevate it

#4. Coagulation of the base of the resection

While there are benefits to this approach as suggested above, there are some limitations which he highlighted:

With this in mind, he reviewed the currently available literature. For the most part, this comprises case series and other level III evidence. In total, there are 11 studies involving 1127 patients treated with a variety of en bloc resection modalities. Technical outcomes were quite satisfactory, as shown below: 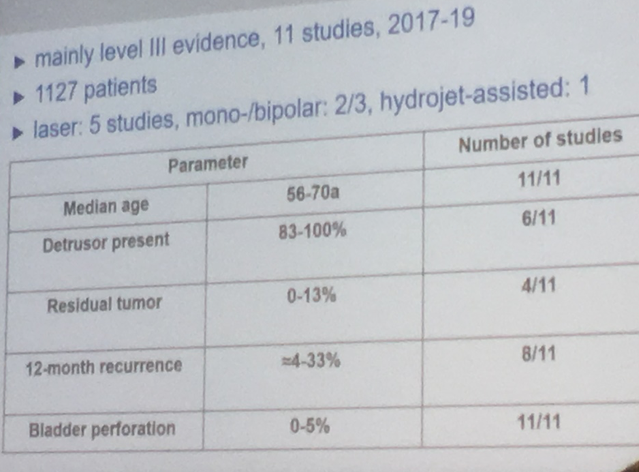 Finally, he closed by discussion the “Hybrid-Blue” trial which compared en bloc to conventional TURBT. This analysis found that complete tumor excision was significantly more common in patients who underwent en bloc resection (54% versus 9%, p<0.0001). These procedures took approximately 15 minutes longer than conventional surgery in this analysis.